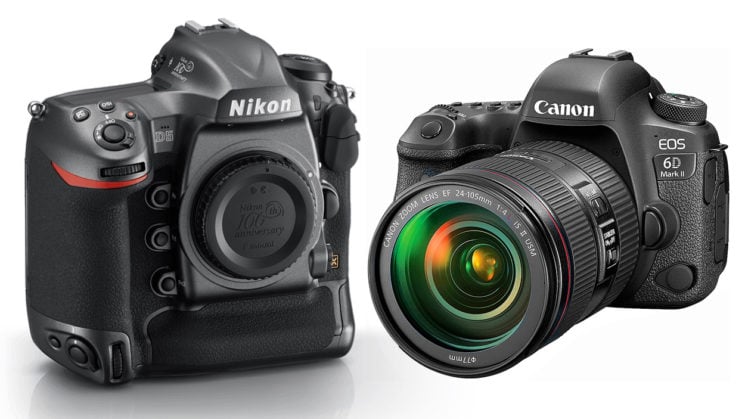 I don’t suppose this bit of news will be much of a problem for most people. A limited edition 100th anniversary Nikon D5 is either going to be way over budget or just not that interesting to the majority of Nikon shooters. As for the 6D Mark II, it’s proven to be surprisingly popular. Surprising when you consider the early reviews and disappointments.

Regardless, both Nikon Japan and Canon Japan have announced that these DSLRs are being hit with shipping delays. Nikon released a statement that the 100th anniversary edition Nikon D5 has been delayed by a couple of weeks to “early August”. Canon’s statement cites the number orders surprissing their expectations.

Regarding the following models that were scheduled to be released on July 28, we will postpone the release in early August, as it takes time to final adjust the product.

We sincerely apologize for the inconvenience incurring a great deal to customers waiting for product launch.

As soon as the release date is decided, we will inform you again.

Thank you for your continued patronage of Canon products.

Digital SLR camera that we are planning to release on August 4 EOS 6D Mark II · EF 24-70 F4L IS USM Lens Kit We are currently receiving very many orders that exceed the plan and deliver goods It is expected that you will receive your time.

We sincerely apologize for any inconveniences caused by our dealers and orders.

We will improve this situation as soon as possible and we will continue to devote ourselves to relevant departments so that we can deliver the products promptly to our customers, so we appreciate your understanding.

Canon haven’t said that the launch date has changed. So, it seems that the August 4th release date is still the plan. It also only appears to apply to the 6D Mark II & 24-70mm f/4L IS USM kit. So, body only kits may ship out on time.

Some kit customers, however, may have to wait a little longer than originally expected to receive their new camera.

We shipped the shipment because it turned out that the logo printing of the attached special metal case was peeled off in some camera / lens products currently on sale as a model commemorating the 100th anniversary of Nikon.

Resume of shipment is planned for late October 2017 to ensure thorough quality improvement. Regarding your order, we will accept it until August 31 as planned.

If you have already purchased this product and have it at hand, we will replace the attached special metal case. We will notify you as soon as details on the replacement method are decided, we appreciate your patience as we wait for a while.