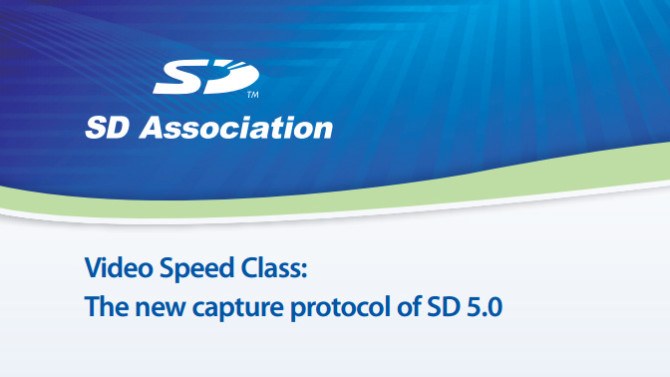 The SD Association, the group responsible for developing standards for Secure Digital memory cards, have unveiled the newest version of the SD standard, SD 5.0.

This iteration has been released specifically to address video and the write speeds required to capture 8K and 360° video footage, and will introduce a new Video Speed Class labelling system.

When it comes to total write throughput, the new standard will introduce speed classes that require higher minimum write speeds than any of the previous classes, to ensure that cards can handle the high speeds required for 8K and 360 degree vide capture. 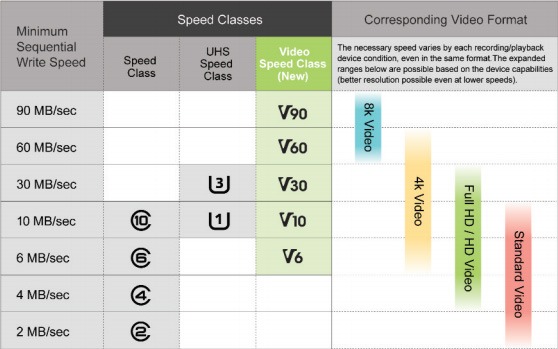 V60 and V90 are the most significant new changes here, as these write speeds are two and three times faster than the current UHS speed class requirements, which cap out at 30MB/s.  Remember that these are just the minimum speed requirements and actual transfer rates may be much higher.

While the speeds on the other three new classes may seem comparable to some currently available cards, the new Video Speed Class cards also support a new real-time multi-file recording facility, allowing devices to seamlessly record video while also saving data to other files simultaneously, like GPS coordinate logs, or shooting still images.

As video resolutions increase, and its users are demanding higher quality with lower levels of compression, storage formats must keep up with the demand, and the SD Association believe that SD 5.0 is the answer.

While 4K and 360 degree video capabilities are only really now starting to become a more mainstream, 8K video already exists and will eventually make its way to the consumer market.  The new speeds might seem overkill for the moment, but it’s always wise to plan ahead. 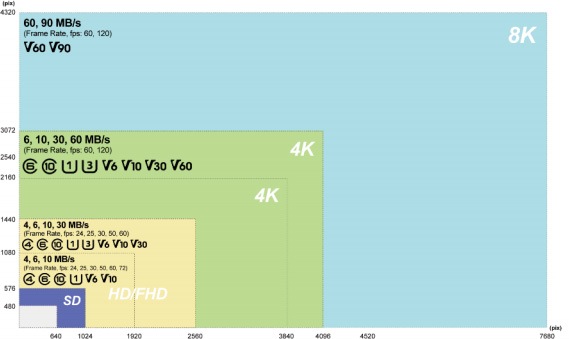 It should be noted, however, that the new Video Speed Class cards will not be able to maintain those speeds with all devices.  If your device cannot take full advantage of the new ratings, you may ultimately see substandard performance compared to current UHS offerings.

No news yet on what capacities will be available, or what devices will support them, but with speeds this quick I would imagine that storage size will be quite substantial.

You can read the full white paper here.

So, what will you do?

Will you jump on the bigger, faster cards as soon as you can, even if your cameras don’t quite support the extra speed, just to be able to unload all that footage onto your editing machines more quickly and speed up your workflow?

Or will you hold off and see which cameras fully support the new specification and speeds first?

Let us know in the comments below.