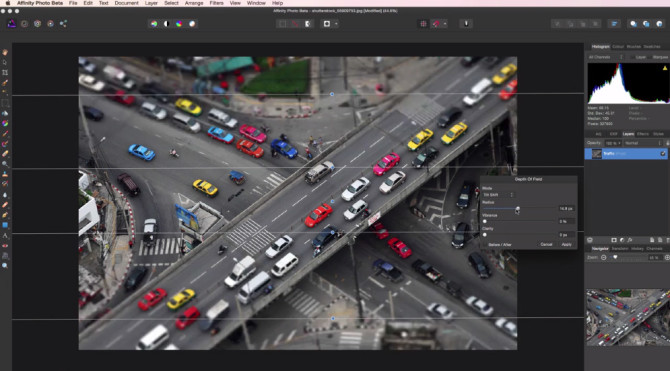 Photoshop is practically the standard of editing today. Sure everyone will say “Open your editing software”, but what they mean is start Photoshop. There is a good reason for that too. Adobe (and Photoshop) have been in the market for a really long time, they have experience and PS integrate nicely with the Creative Cloud. There are some options out there, but none are considered as fully featured and rounded as Photoshop, which (like microsoft word in their days) make it the de-facto standard.

But all this is about to change if Affinity Photo will have their say.

Affinity Photo is a “Professional image editing software”, currently for MAC only. And it features all the tools you’ve come to expect from a pro editing suite. Actually, Serif – the company behind Affinity, is going for more than being as good as Photoshop, they claim they are better. In their kickoff page they send a small poke at Adobe’s general direction (bolding is mine):

So What Are The Differences?

Should be Really, Really fast 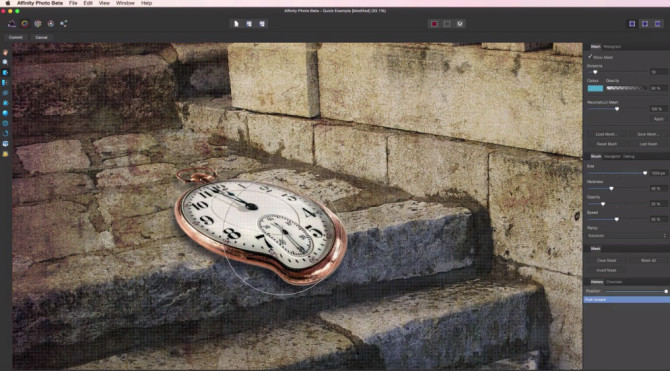 Photoshop is an amazing piece of software, But the problem is, it’s built on 25-year-old architecture. When that architecture was being created, Adobe couldn’t have anticipated the incredible developments we’ve seen in computers since. Which means that they’re now struggling to adapt Photoshop to take advantage of modern computing power #

Of course this is yet to be proven, but as a former software engineer, I can say that it sounds very logical. Being new means building for today’s hardware and OS features right from the core architecture, which means that more power can be taken advantage of. Of course when Affinity photo will be 15, they will face the very same old code problem, but for now they are fresh.

Pro features out of the box 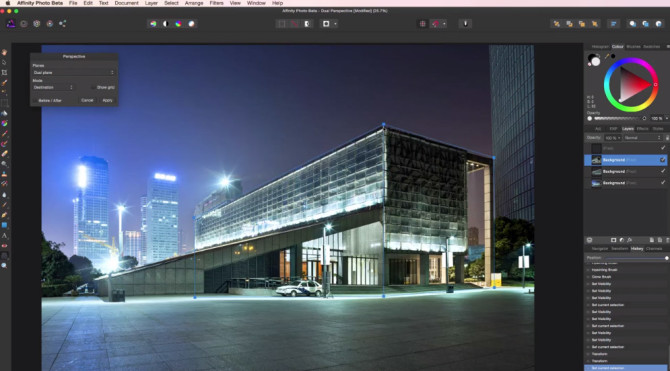 Even the free beta already includes some features that are considered pretty high end, some of which are not trivial at Photoshop at all:

This is not the first app from Serif, and their previous software – designer – was very highly regarded so there is definitely something to wait for. IT was also, very competitively priced at $50. no monthly fees and such….

Getting The Free Beta 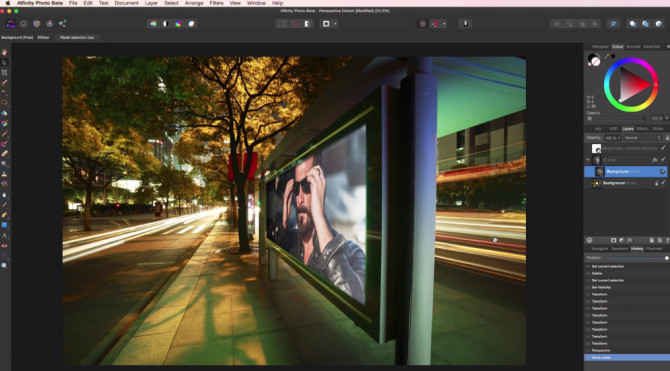 The beta is now free to MAC users (and there is no indication of a Windows version coming soon). In order to join, visit this link, and put your name and email. You will get a free download mail after a while. While I would have guessed their servers would be kinda stressing right now, the mail came in less than 5 minutes.

« How To: Dramatic Portrait Lighting Using Nothing But Lamps
How I Built The Set For The Holy Mary Photograph »