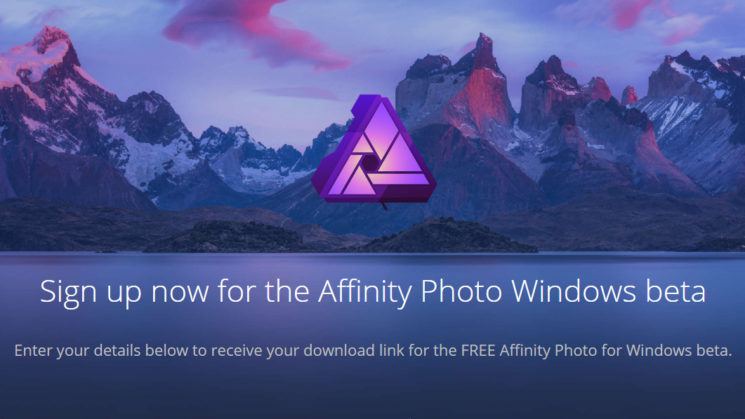 Initially announced a few months ago, Affinity Photo for Windows has been anxiously awaited. Today, it’s finally here in the form of a completely free public beta. Hailed as the only real potential competitor to Photoshop, Affinity Photo’s Windows debut opens it up to a much wider audience. With the current cost of “free” lasting throughout the public beta period, it will be interesting to see how many are won over.

Affinity Photo for the Mac has received many favourable reviews, and it was chosen as Apple’s “App of the Year” in 2015. So, it already has a pretty strong following. Having had a brief play with the beta myself, it does take some getting used to if you’ve been using Photoshop for a couple of decades. But, it’s fairly easy to get used to the differences in layout and workflow. 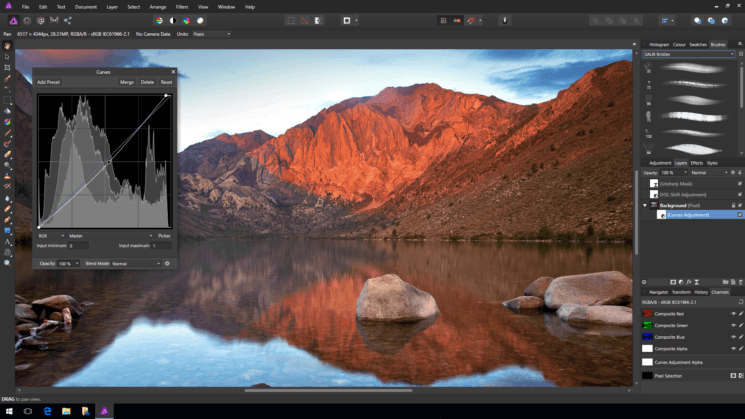 When we started developing our Affinity apps nearly seven years ago one of the key aims was to be cross-platform, so this is a huge milestone for us. Because we did plan this from the beginning we made nearly all of our back-end code – the core engine of Affinity, if you like – completely operating system independent.

This not only means that file compatibility between the two platforms is 100% perfect, but all the power, performance, tools and accuracy which have really set us apart on Mac are there for Windows users to enjoy now too.

We spoke with Ashley ourselves and were introduced to a very early build of the Windows version at The Photography Show back in March. So, it’s great to see it finally arriving for Windows. During the public beta period, the software is completely free. It will also contain completely new features destined for the next version of Affinity Photo on the Mac. 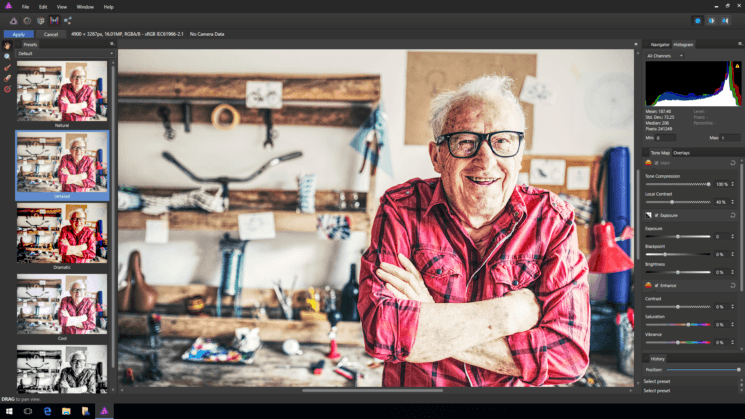 Some of those features include the following.

You can see Ashley going through some of those features in this Affinity 1.5 sneak peek for the Mac video.

As mentioned, right now Affinity Photo for Windows is completely free while it’s in its public beta phase. Once that’s over and the final version is released, it will cost $49.99, £39.99 or €49.99, depending on your preferred currency. And that’s a one-off payment with free future updates. No subscription plans to get locked into.

You can find out more and sign up to join the public beta now on the Affinity website. No word yet on how long the public beta phase will last or when the final version is being released. Even if you’re a die hard Photoshop user, it’s worth checking out now while it’s free, though. There’s no rule that says you can’t use both Photoshop and Affinity Photo. What do you have to lose? 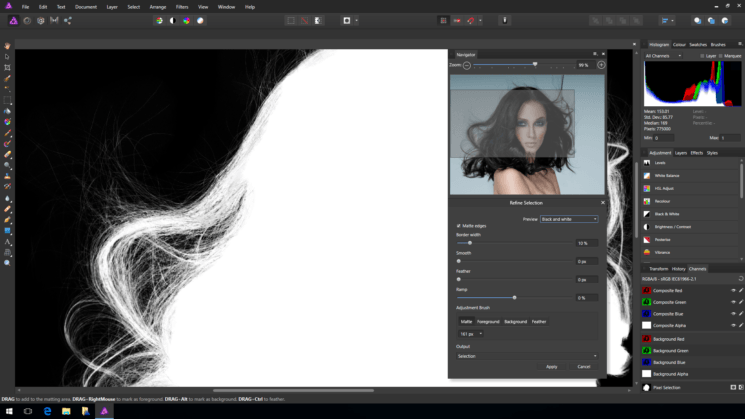 Personally, I’m happy to see a serious Photoshop competitor hit the Windows market. Hopefully it’ll put more pressure on Adobe to start listening to their users more. Perhaps it’ll even inspire one or two other companies to come out and challenge Adobe’s dominance. Competition drives innovation.

How about you? Are you excited that Affinity Photo has finally come to Windows? Busting to get rid of Photoshop from your workflow? Will you stick with Photoshop and completely ignore Affinity? Or will you use both side-by side? Mac users, how has Affinity Photo affected your workflow either positively or negatively? Let us know in the comments.

I took Affinity Photo Windows beta for a ride, here are my thoughts