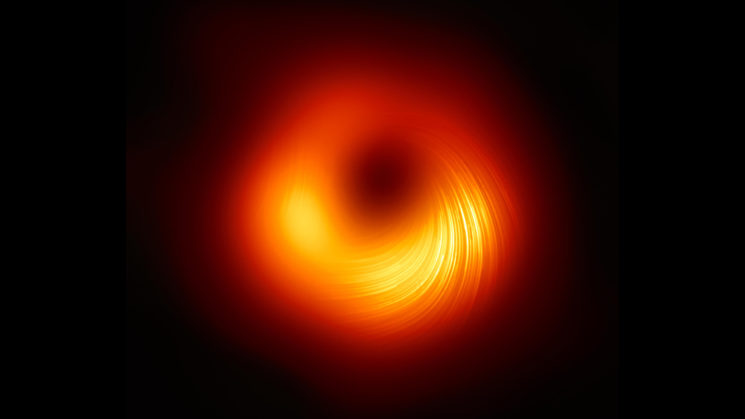 In 2019, we had a chance to see the first-ever image of a supermassive black hole. And today, The Event Horizon Telescope (EHT) collaboration revealed an image that could be even more impressive. This is the first polarized black hole photo, showing its magnetic fields.

The black hole shown in both of the images is a massive object at the center of the Messier 87 (M87) galaxy. To observe it, the scientists linked eight telescopes around the world, which is what we know as the Event Horizon Telescope or ETH. It’s essentially a virtual telescope, but it’s the size of the Earth. “The impressive resolution obtained with the EHT is equivalent to that needed to measure the length of a credit card on the surface of the Moon,” ETH explains.

Just like April 2019 was the first time astronomers managed to photograph it, this is the first time they have been able to measure its polarization. It’s “a signature of magnetic fields” close to the edge of a black hole, these lines you see in the photo mark the polarization’s orientation. 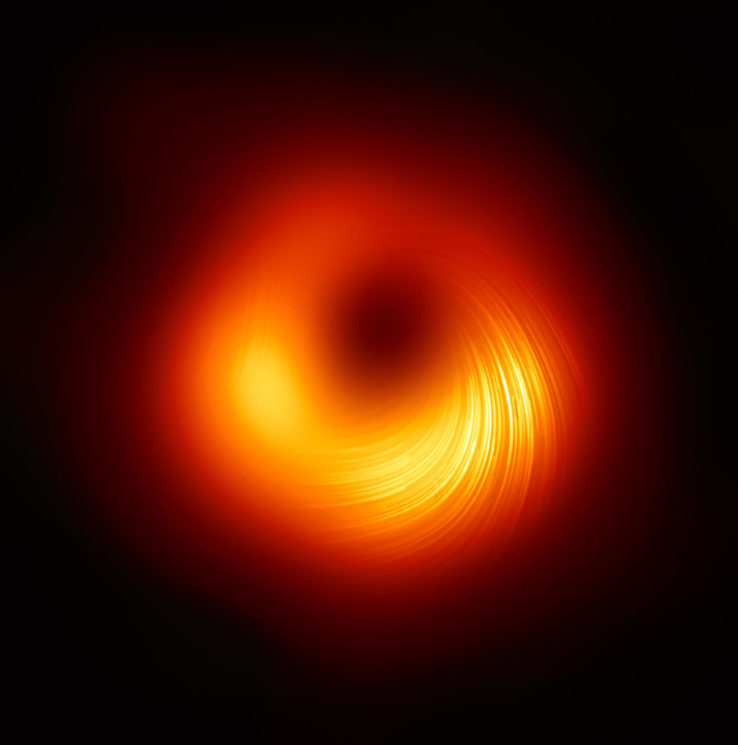 Of course, while we’re astounded just by looking at this photo, it’s important to scientists for more than its beauty. It’s crucial for understanding black holes better and how the magnetic fields around them behave.

“The EHT is making rapid advancements, with technological upgrades being done to the network and new observatories being added,” says EHT collaboration member Jongho Park. “We expect future EHT observations to reveal more accurately the magnetic field structure around the black hole and to tell us more about the physics of the hot gas in this region.”