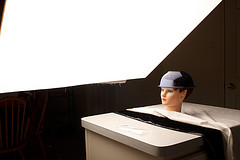 Sometimes, a small softbox would not do it. You just need a bigger light. The thing is that bigger modifiers eat more light up. This a guest post by Edward Peters will show how he dealt with building a large softbox, including building a double flash bracket, mounting two strobes and syncing a pop for up to five strobes using a headphone splitter.

My Wife needed photos of a jewelry piece she had created, but the piece was too big for my favorite 13×13 inch DIY speedlite soft box.

Unfortunately for us, the jewelry has entered a contest and cannot be displayed on the web. However, the good news are that I can share the making of the mega-dual-light softbox that took the image.

I needed a bigger light to get the job done. I started thinking of ways to attach speedlites to a 40 x 30 inch foam board and plywood softbox I had made years ago. The softbox is very similar to this softbox by Nick.

Then, I saw my pair of umbrella brackets on the shelf with my camera gear and I got an idea.

Originally, this was a multi flash bracket to use with my bounce/shoot thru umbrellas. I decided to make two brackets, since they are so cheap, and just in case one got lost or broken. This cheap backup ended up becoming very useful recently. 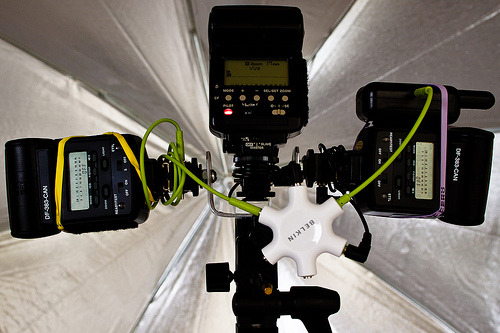 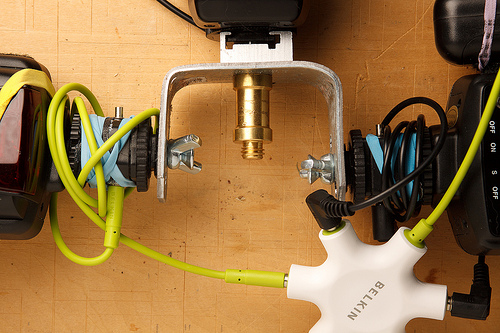 The initial build was pretty easy. All I really needed was a “C” bracket, something that would bolt to a stand, and hold at least two speedlites. 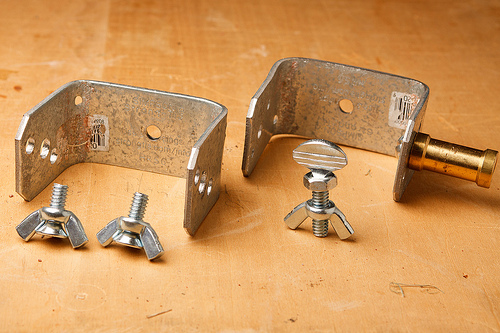 Drill a hole for a ¼ inch thick bolt on both ends. I suggest extending an already existing hole if there is one close to the edge. If not, then you may want to start a new hole, even if this is hard. 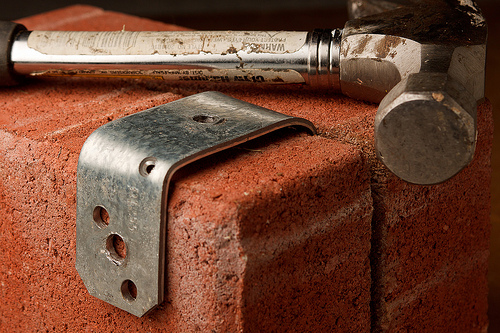 Next step is to make the “C” shape. This will work best a vise, and I really do suggest using one if you have it. I don’t, so I had to do a little improvising. Here I got lucky. Looking around my garage I found a couple of patio bricks that happen to be… 2 inches thick. The bends I wanted would divide the bar into 3 2 inch length (sometimes it helps to be lucky).

For the umbrella bracket, 2 inches on the side gave enough clearance for the bolts, the speedlite, and the umbrella bracket. Allowing the bracket to be placed facing up or down. So, measure off 2 inches from each end and place the bar between two bricks with the short end sticking out and slowly start to hammer out the first angle. Placing the bricks on their sides you can then place the short end between them and hammer the other side down around one of the bricks. Again, this would be so much easier and safer with a vise.

All that is left to do is to add an inch long thumb screw (with a hex nut to keep the bracket from riding up the head) thru the middle of both, fasten it together with a wing-nut, and you have it.

To place the bracket, I Placed one “C” bracket inside the box with the speedlites attached and one behind the box bolted to a brass stud that can be attached to a swivel. Actually you can bolt the two together sandwiching the back of the box between the two brackets. The whole thing can then be attached to a stand, or to a boom arm. The speedlites are placed backwards with the speedlite heads turned 180 degrees forward so you can access the controls 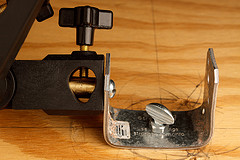 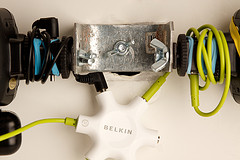 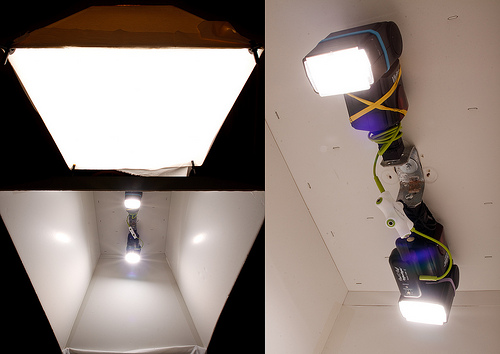 To wire two speedlites to one CyberSync receiver, I borrowed on an idea I had seen on the DIYPhotography flickr group.

One of the photos showed 5 speedlites attached to a Pocket Wizard using a Belkin 5 way headphone splitter. Since my speedlites do not have pc or 1/8inch headphone jacks [https://www.diyphotography.net/a-sync-port-mod-for-the-yn-460ii-manual-strobe], I have to use hotshoe adapters to connect them to triggers.

The plus side to this is I can pick my jack, so I went with adapters that allow for standard 1/8inch headphone jacks (again, gotta love standards), available for purchase with the CyberSyncs.

This allows me to not only attach speedlites together inside a box, or with an umbrella, but to use one receiver for 2, 3, 4, or 5 light setups as well. All it takes is a couple of headphone extension cords.

Since all you need is mono cable (stereo cable works well too) 20 feet will set you back about 2 dollars.

Here is a photograph and a setup taken with the box: 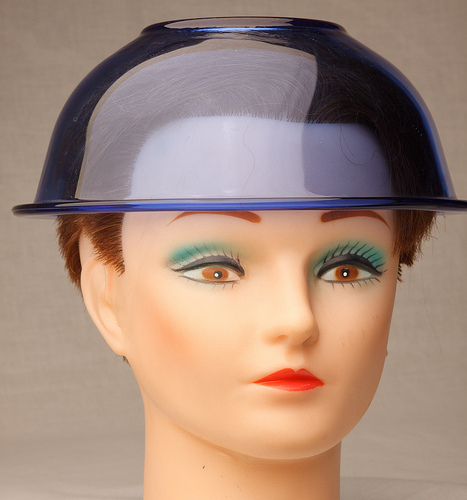 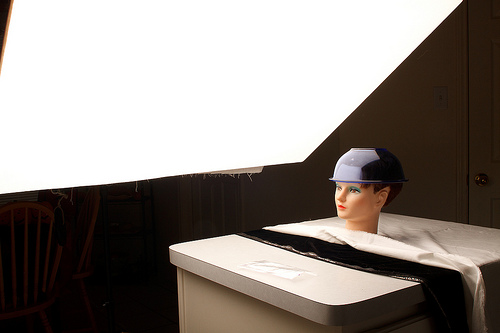 Got more Tips on Building lighting modifiers? Share with us in the comments.

YI CEO: Splitting off from XIAOMI, We are not afraid of crappy counterfeits, China will get bigger

Is your camera bigger than a smartphone? TSA will scan it separately