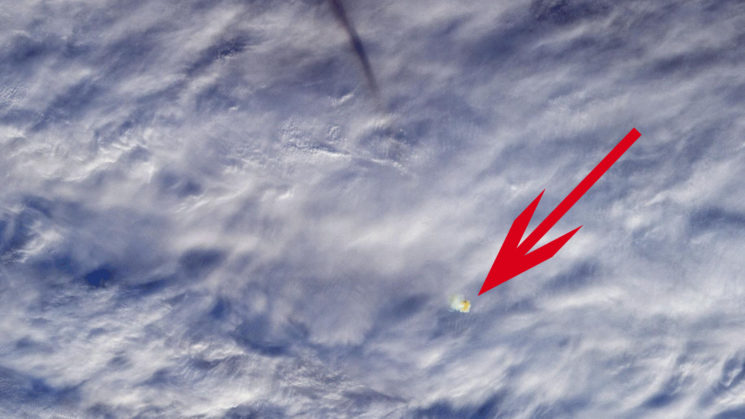 Did you know that three months ago a meteor exploded 16 miles above the Earth? What’s more, it released the amount of energy ten times stronger than the atomic bomb blast over Hiroshima during World War II. NASA managed to capture the large meteor explosion, and it has recently shared impressive images and an animation with the public.

On 18 December 2018, a large “fireball” exploded about 16 miles (26 km) above the Earth, releasing an estimated 173 kilotons of energy. The explosion happened above the Bering Sea, so it was far enough to pose no threat, as NASA explains.

The MISR instrument, also on Terra 🛰, saw the large "fireball" — the term used for exceptionally bright meteors ☄️ that are visible over a wide area — as it exploded 💥 about 16 miles above the Bering Sea, far enough way to pose no threat. pic.twitter.com/lyjyZKBZOm

NASA shared an image sequence which shows views from five of nine cameras on the Multi-angle Imaging SpectroRadiometer (MISR) instrument aboard the Terra satellite. In the sequence, you can see the shadow of the meteor’s trail on the clouds and the orange-tinted cloud that the fireball left behind. 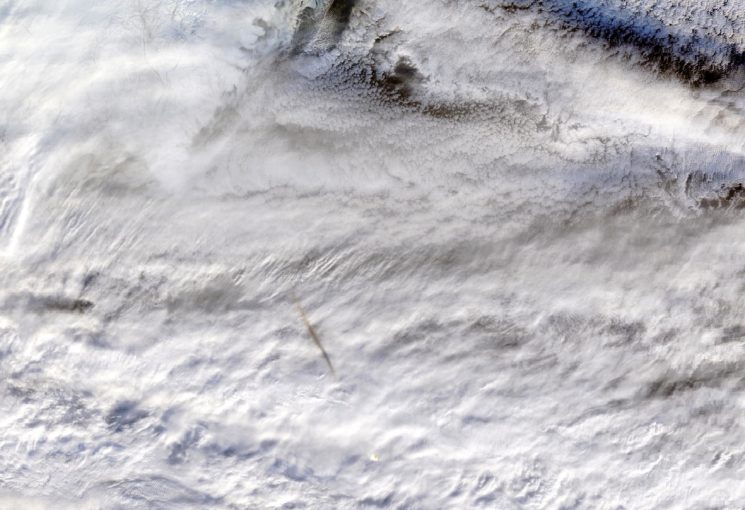 According to NASA, this fireball was “the most powerful meteor to be observed since 2013.” It was far enough from the land, so it didn’t pose a danger to anyone on the ground. But, NASA adds that fireballs actually occur fairly often, which sounds equally impressive and scary, don’t you agree?