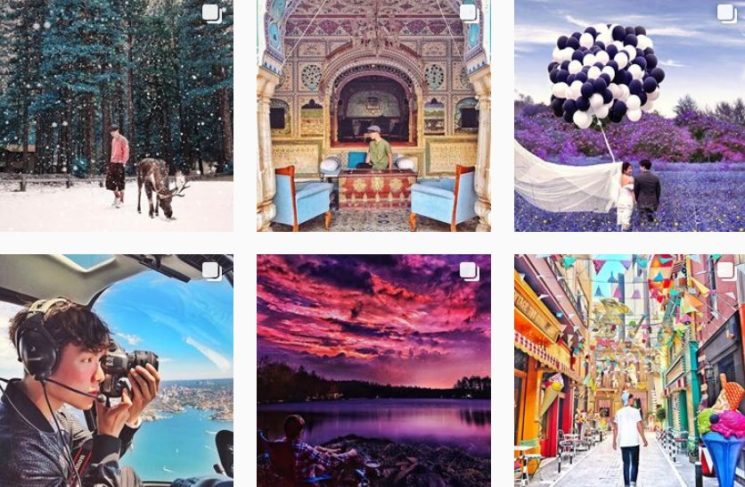 Perhaps you remember the case of Daryl Aiden Yow, a Singaporean photographer who recently got busted for sharing stock photos as his own. After the dust has settled, he has found a way to win his fans back – he has rebranded himself as a Photoshop specialist.

Daryl Aiden Yow is, apparently, very popular in Singapore and he was even Sony Ambassador. But when he was busted for sharing other people’s work as his own, it quickly went viral. Sony responded to this saying that they were “surprised and disappointed.” And when the story spread all over the internet, Yow reportedly started updating image captions with credits. Eventually, he deleted all the photos from his Instagram account and only left a public apology.

After a few months, Yow posted an album with a caption: “Mistakes come with a lesson. And with a lesson, comes change.” Showing a photo-manipulation and some BTS video, it seems like the album is showing a new direction in which Yow wants to take his career.

And indeed, after deleting his embarrassing Instagram past, Yow is now moving into another direction, rebranding himself as a Photoshop specialist. He’s posting photo manipulations, and sometimes BTS images and shots that show how they were made. And his fans love it, apparently.

Personally, I agree with him on one thing: that “mistakes come with a lesson, and with a lesson, comes change.” I can’t help but wonder, though, if he’s really learned the lesson and not using someone else’s work now. Still, I believe that people deserve a second chance after messing up. Do you?