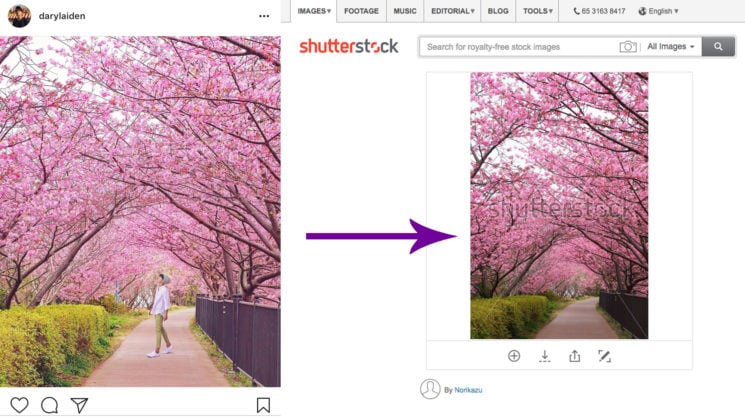 Singapore photographer and Sony Ambassador Daryl Aiden Yow was recently busted for sharing stock photos and other people’s work as his own. Yow is particularly popular on Instagram, with 104K followers at the moment of writing this and plenty of gorgeous photos. But as it was revealed that the photos aren’t his, the story went viral and even Sony responded to it.

Mothership reports that Yow is a “big player” in Singapore’s Instagram scene. He is partly famous thanks to his collaboration with fashion blogger Andrea Chong, and the duo gave tips on how to make an attractive Instagram feed. In an interview for Today, Yow said that all his Instagram photos were shot professionally: “I don’t post iPhone photos — probably because I’m a photographer and there are different expectations of me. I’m a perfectionist when it comes to my photos.”

However, Mothership discovered that a few of Yow’s photos look a whole lot like other people’s work or the work they saw on some stock websites. They found several examples, and learned about some more from a reader, as they report. And indeed, one can’t deny the similarities, although some photos have been altered or used for compositing.

Technically, if he paid for stock photos, he can use them without credits. However, it’s definitely not a good practice to mislead his clients and use these photos as his own work. He has worked with brands like Sony, Uniqlo, and OPPO, as Mothership writes. They also contacted some of the brands he collaborated with and even heard back from Sony.

In a short statement, Sony wrote that they are “are surprised and disappointed” with Yow’s actions:

“With regards to your query below, Sony Singapore has worked with Daryl and we are surprised and disappointed with what has been reported and are currently looking into this matter. Sony strongly encourages the art of creativity, however we do not condone any action such as plagiarism and take a serious stance on it.”

As Mothership reports, after Yow got busted, he started removing the incriminating photos from his account. From 1,165 images, 1,120 have remained on his account at the moment of writing this. He has also reportedly been updating captions with credits. 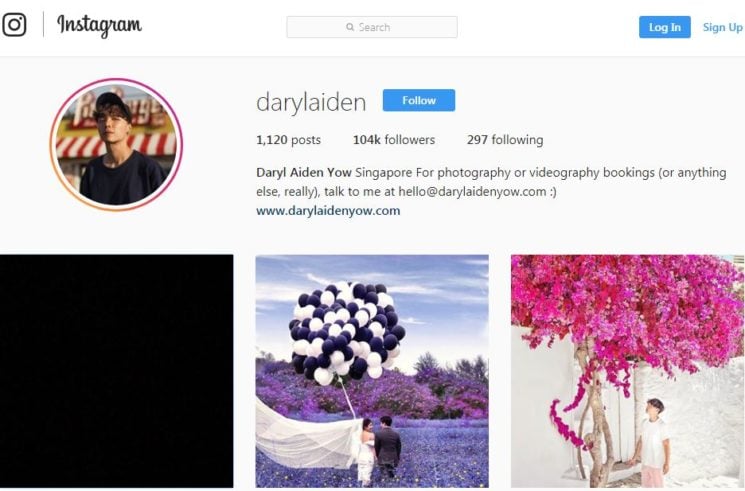 After a fierce backlash from followers and a response from Sony, Yow himself wrote a statement for the public in an Instagram post. He says he is sorry and that he accepts full responsibility for his actions and their consequences. He adds, however, that “end-products of [his] collaborations with [his] friends remained honest and fair.”

On the one hand, at least not all photos were stolen and composited from other people’s work. But of course, I don’t think it justifies Yow’s attempts to present other people’s work as his own. After all, on the internet, you can’t hide scams like this for a long time. Someone will figure it out sooner or later.