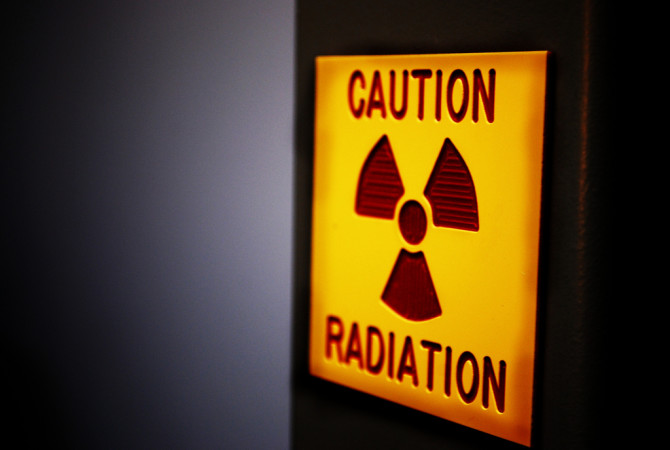 “Warning for photographers!!”, a video about the radiation output of digital cameras and its potential damages, was posted by an Ontario-based vegan.

Its creator, known as Vegetable Police, claims he’s a certified detoxification specialist and that using your camera could be the reason behind poor eyesight, loss of hair, trouble smelling and many other health issues.

“Eventually we’re talking tumors in the brain”, he says, adding that you should “eat lots of fruits and veggies” to clear the electromagnetic toxin.

Needless to say, it didn’t take too long before his video was completely refuted.

Using a $35 gauss meter described on Amazon as being able to “be used for ghost hunting and paranormal work”, VP found that both his Sony RX100 III and WX350 are potentially dangerous as they “output high levels of radiation”.

The Panasonic FZ1000’s test resulted in lower levels of electromagnetic fields, and the “expert” adds that in general cameras without electronic viewfinders are safer.

“Remarkable paranoia. I’m impressed with your commitment but remain thoroughly UNswayed. All communicative products have screens of various properties and have EMR output that is negligible at best. Your HDTV makes the camera look like a piker, your cellphone is ALWAYS on and and is either on or near your person: no lead carrier blocks the radiation you’re so frightened of. It’s unavoidable. Most Gaussmeters of the cost effective variety will give seriously false readings when placed too closely to portable electronics like a cell phone or a camera: you are using a device that is not built to measure portable electronics accurately. What that thing is saying is that this RX100M3 is putting out a reading that meets the average reading of a hair dryer at normal usage distances, or that of standing underneath a transmission line outside a home (http://www.arpansa.gov.au/radiationprotection/factsheets/is_magfields.cfm). Asinine. The camera in its most nuclear phase could not do so. Prolonged exposure would mean hours set aside, of days and days on end of looking through the viewfinder without blinking, when in fact it is for mere seconds at a time and it would take months of work to have looked through the viewfinder for an hour in total. The premise and the good will are noted and lauded. The lack of thorough education is, on the other hand, absolutely not”.

“This is just idiocy. Light is electromagnetic radiation if that’s what you are worried about. What matters is the wavelength of the radiation. The dangerous stuff is those with a short enough wavelength to cause ionisation. Basically that’s ultra-violet (which is which sunburn is dangerous), x-rays and gamma-rays.

Electromagnetic radiation with wavelengths longer than UV are essentially safe unless at high power. So that’s visible light, infra-red, micro-waves and radio-waves. None of those can cause ionisation, but they can cause a heating effect. Unless that’s at a vastly higher power than the tiny amount of EM that you get from a battery-powered camera it is totally and absolutely harmless”.

This isn’t the first time VP’s camera-emitted radiation concerns have been dismissed. Last month he posted the video in the DPReview forums and encountered what he called in the video’s description “close minded photographers”.

“The hatred I received there was pretty disheartening if not fascinating”, he stated. “I grew tired of arguing. I just try to help people improve their health the best I can with the knowledge I have, but some people are just not open to new ideas if it conflicts with their current reality. I’ve learned not to push things too hard on people who aren’t ready, so it was a beneficial experience overall”.

If the video got you concerned that there may in fact be risks involved in using your camera, you can always follow Vegetable Police’s advice to “at least eat some oranges after you take a picture”.

« This DIY Chocolate Drone Will Give You an Appetite for Flying
Ted Forbes on the ‘Should I Work for Free?’ Question »