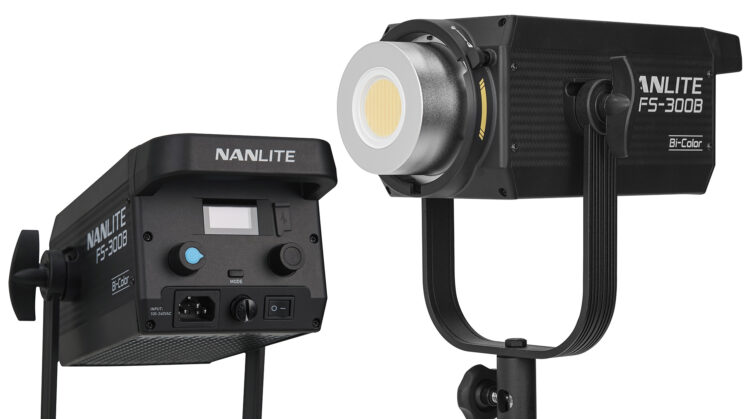 Nanlite has announced its new FS-300B AC-powered bi-colour LED spot light. As an AC-powered light, it’s designed for use in the studio rather than on location and offers 11,130 Lux bare at 1 metre and up to 38×720 lux when using the included reflector. It offers a bi-colour range of 2700K to 6500K with a constant output mode ensuring that your brightness stays consistent throughout the range.

It has an average CRI of 96 and TLCI of 97 to help ensure accuracy on-camera and offers 12 built-in practical effects that can be adjusted by brightness, colour temperature and speed. It’s simple interface is controlled by just a couple of knobs and a button with a 1.3″ OLED on the back to show you what you’re doing. But, you also get built-in Bluetooth and 2.4G for wireless control with the Nanlink App from your smartphone. 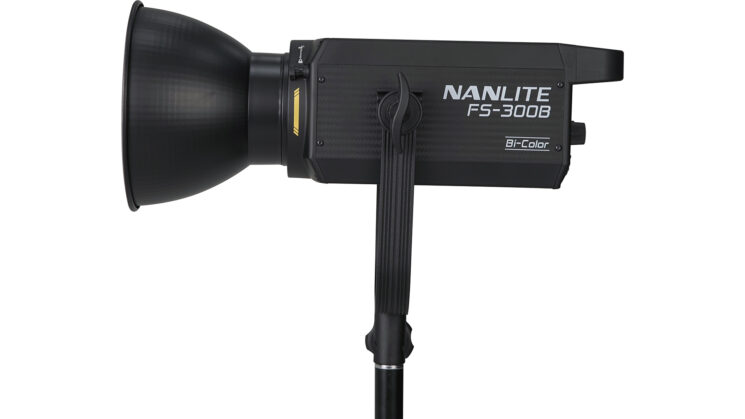 The Nanlite FS-300B contains the standard Bowens mount fixture, providing access to a wealth of modifiers and lighting control options for both content creation as well as photography. A powerful cooling fan helps to keep things cool and ensure a long life, although the fan can be turned off to eliminate noise when absolute silence is required. Turning off the fan does limit its maximum power output to 25%, though. A Type-A USB port allows for firmware updates. 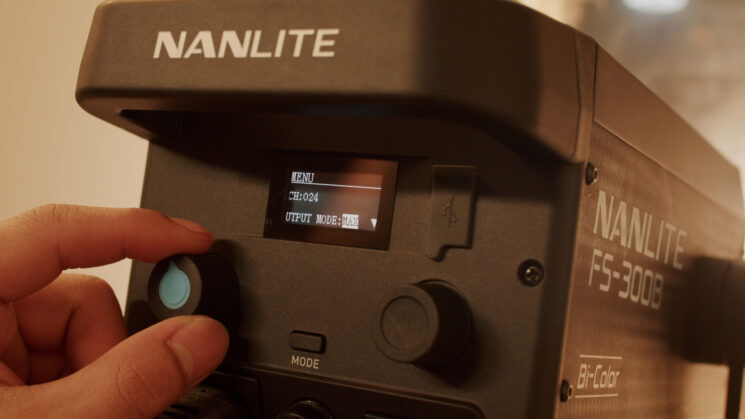 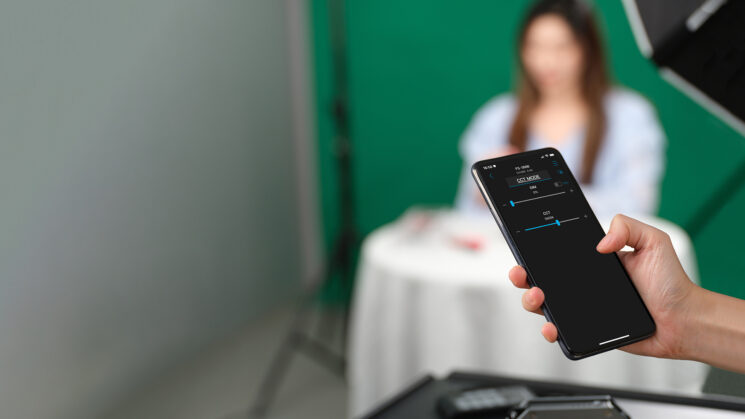 According to Nanlite, the key features of the FS-300B include:

The unit offers fairly simple control which can be performed via the dial interface on the back of the unit or over Bluetooth using the Nanlink App – allowing you to drop it very easily into an existing Nanlite setup, controlling everything from your smartphone. Included in the box is the light itself, along with an LED bulb protector, a 7″ Bowens mount reflector and an AC power cord. 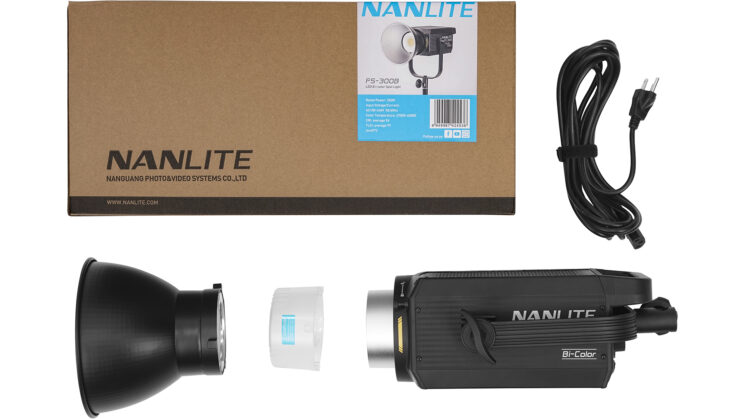 As of writing, Nanlite has yet to release the final pricing and shipping date. We’ll update this post when we find out more.

« Zhiyun’s Weebill 3 comes with a new, lightweight Sling 2.0 form factor and a built-in microphone
Adobe to make Photoshop web-based free… With a catch »