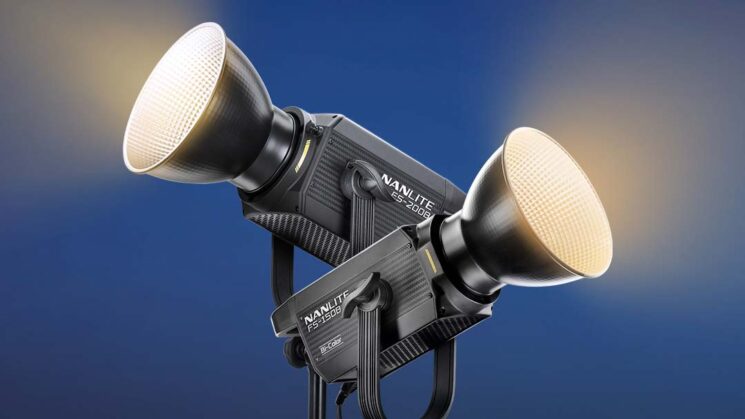 Nanlite has today announced new bi-colour versions of its popular FS-150 and FS-200 LED lights. The new FS-150B and FS-200B are essentially the same as their daylight versions, but with the addition of bi-colour capabilities, offering a range of 2700K to 6500K with a 96 CRI and 97 TLCI. There are a few differences, though. There’s an extra button for switching between modes, and there’s an extra lighting effect.

The new lights also feature both Constant Output mode, for when you don’t want to have to re-meter every time you adjust the colour, and Maximum Output mode, for when all that matters is how bright it will go. But it features quite a few similarities, like the quiet and efficient cooling system, the familiar Bowens mount and remote control from the Nanlink smartphone app over Bluetooth. 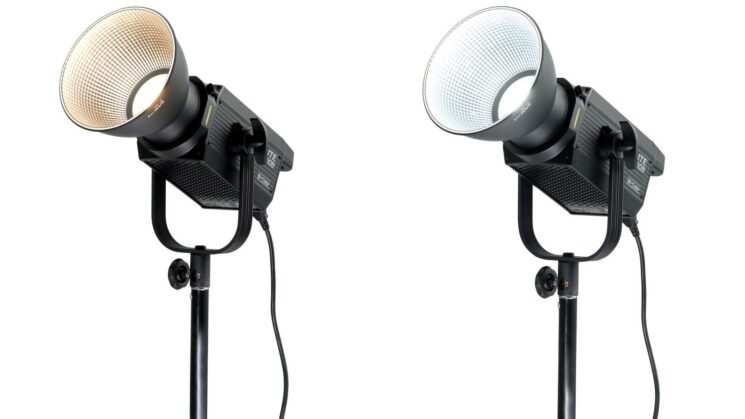 The addition of the FS-150B and FS-200B brings the two lights in line with the FS-300, which comes in the standard daylight version but also comes in a bi-colour FS-300B variety. No price has been announced as of yet for the FS-150B or FS-200B, although the FS-300B is only $20 more expensive than the standard FS-300, so I expect we’ll see a similar price difference in the lower-powered bi-colour versions to their daylight counterparts, too.

The FS-150B offers a light output of 26,300 lux at 1 metre with the reflector at a white balance of 5600K. The FS-200B knocks that up to 29,490 lux at 1 metre with the reflector at 5600K. Both lights also feature 12 different effects modes, including CCT Loop, INT Loop, Flash, Pulse, Storm, TV, Paparazzi, Candle/Fire, Bad Bulb, Firework, Explosion and Welding. Naturally, these can be tailored by adjusting the white balance for more control. 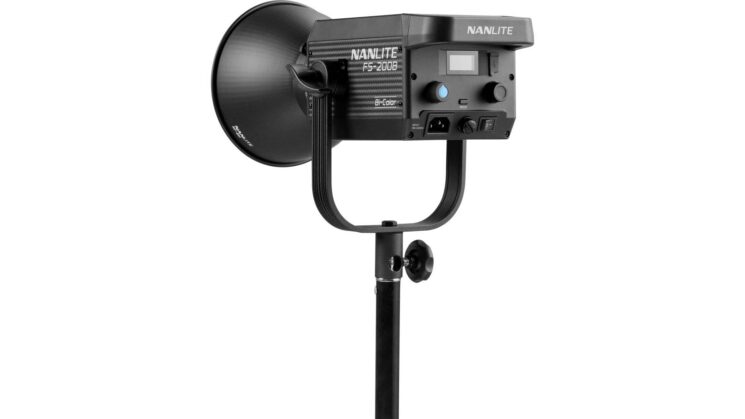 Speaking of control, you’ve got the two familiar dials on the back, as well as a “Mode” button, presumably to swap between the Maximum Output and Constant Output modes – a feature not required on the daylight-only versions that don’t change colour temperature. You also get built-in 2.4GHz Bluetooth for wireless remote control from the Nanlink app on your iPhone or Android smartphone.

Above the buttons is a small OLED display to display information about the light and its current setting. Next to this is a USB Type A socket, allowing you to upgrade the light firmware as new releases become available via a standard USB flash drive. Now, just because this ability is there doesn’t necessarily mean that there will be updates, but if there are any new features that can be added and get released, you’ll be able to install them easily. 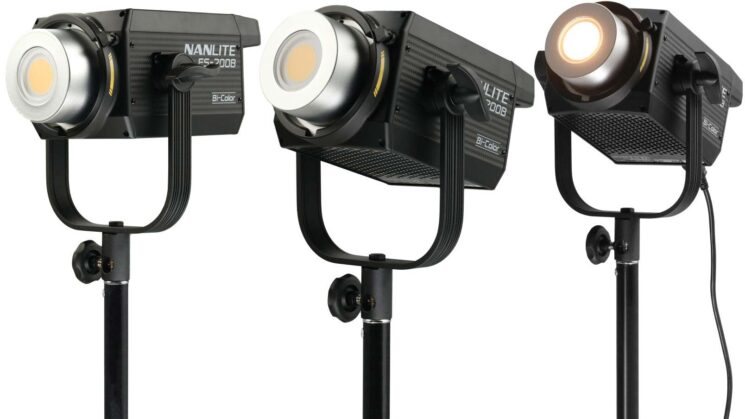 The FS-150B and FS-200B sport the same standard Bowens mount modifier as their daylight-only counterparts, offering a wide range of light shaping and control accessories. They offer an efficient cooling system, designed to keep both the temperature and the noise levels down when in use. The fans run at a low noise level and it can be shut down completely in super sound-sensitive environments, although the maximum light output is 15% when the fan is completely off.

« This poor baby monkey is one of 25 images you can vote for to win the People’s Choice Award Wildlife Photographer of the Year 2022
Why do some people travel thousands of miles to photograph storms? »