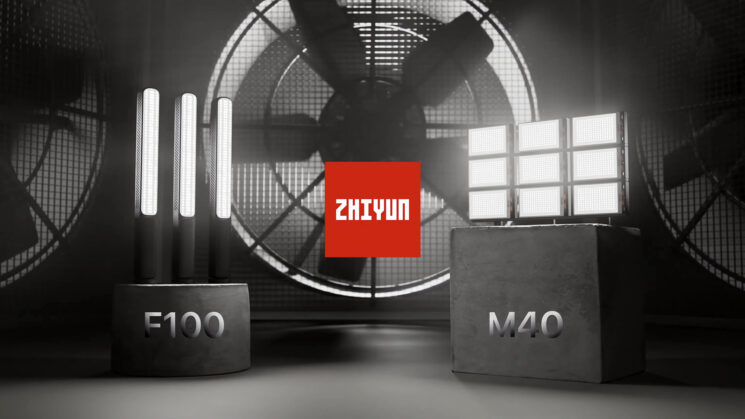 Zhiyun has announced a couple of new lights today. One is the Fiveray F100, which is essentially a much brighter upgraded version of the Zhiyun Fiveray FR100C released earlier in the year (which is currently on sale for Black Friday, btw). It boasts a higher LED brightness, with a peak output of 20,708 lux in MAX mode. Like the FR100C, the F100 sports cooling fans to prevent overheating and offers a CRI>=96 and TLCI>=97.

The Fiveray M40 is a little smaller, but still plenty bright. It’s a pocket-sized 40 Watt ultrabright bicolour LED panel boasting 14,000 lux at max output. You only get half an hour’s use from it while running off its internal battery, but it can be charged quickly over USB-PD and you can also use it at maximum brightness while it’s charging. 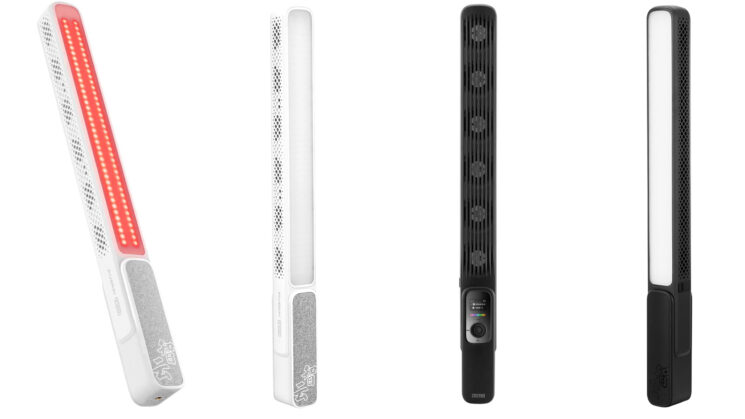 The Zhiyun F100 is extremely similar to the FR100C, except it contains slightly more LEDs for a higher density and cleaner output. And while the output in CCT mode and at its maximum power mode are identical between the two lights, the F100 does seem to be about double the brightness of the FR100C when it comes to the output of the red, green and blue LEDs.

Both units feature the same battery, with approximately the same charge time and runtime, same CRI and TLCI rating, operating temperatures and even the dimensions. In fact, at a quick glance, you’d be hard-pushed to figure out if you were looking at an FR100C or an F100 if one was just placed in front of you. The F100 has gained a hair on the weight, coming in at 950g vs the 920g of the FR100C but there really isn’t much in it at all. 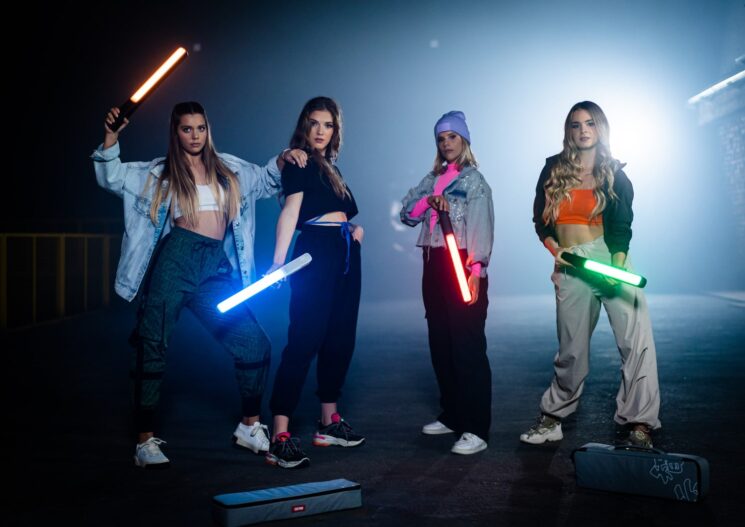 To prevent it from overheating – this is a lot of power in a relatively small light, after all – the Zhiyun Fiveray F100 incorporates DynaVort technology. In simple terms, this means it has a bunch of fans for active cooling to keep the temperature down so it doesn’t overheat on the job. It also features a 1/4-20″ threaded hole for mounting so that you can stick it onto a standard light stand or tripod or hold it manually on a boom arm.

If you’re an RGB junkie, though, and want the brighter coloured output rather than the 2700K to 6200K white balance range, then the F100 looks like it beats out the FR100C pretty well. There is a bit of a price increase over the FR100C for that benefit, though. Not a massive one, just an extra $50. The F100 will sell for $249. The original FR100C normally sells for $199, but it’s on sale right now for Black Friday. So, at the moment, the FR100C is definitely the best deal. But once Black Friday’s over, that extra $50 will be worth it if you need that RGB output.

That being said, Zhiyun is currently running a buy-one-get-one-free presale on the Zhiyun website. So, if you’re on the fence, this might just edge you over. 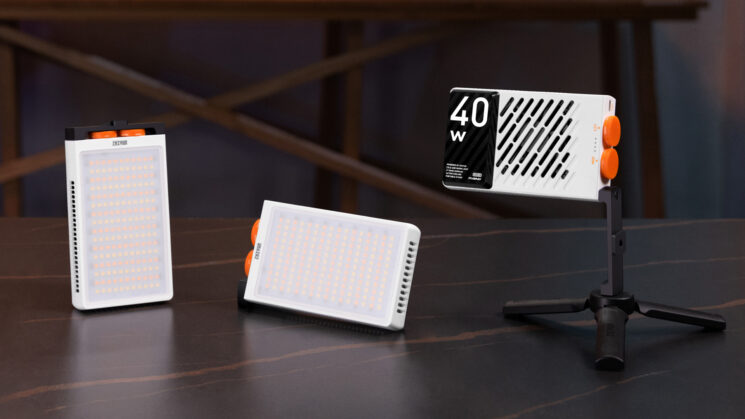 The Zhiyun Fiveray M40 is a little different to the F100 and FR100C. This one’s a small pocket-sized LED panel. It doesn’t provide RGB colour but it does provide 40W of white output with a maximum 14,000 Lux brightness at its peak. It has an adjustable white balance temperature from 2700-6200K with a CRI of 96+ and TLCI of 97+. It also incorporates the DynaVort fan-powered active cooling system to prevent overheating.

Changes are made to the light’s settings using a couple of dials on the end of the unit which are partially concealed (but still accessible) underneath an arm that rotates out to act as a stand when you want to just use the light on its own at an angle. This arm also features a 1/4-20″ socket, though, so that you can attach it to a stand or tripod for more stability and control. 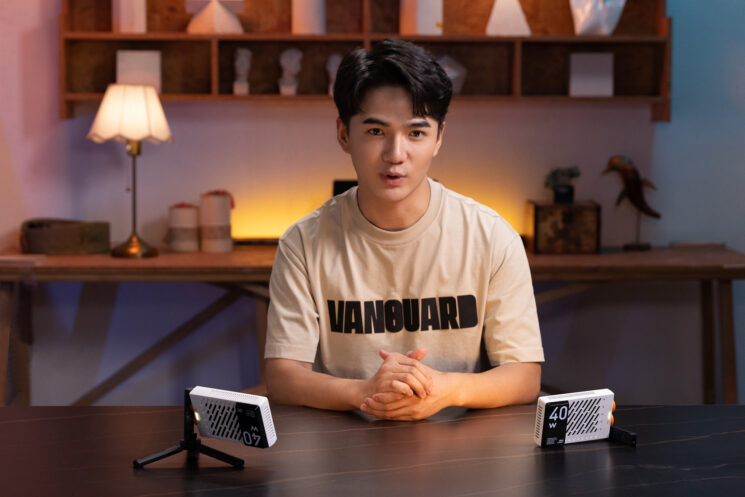 This isn’t the first pocketable LED panel on the market, but on-paper, it does seem to be one of the brightest. At 40 Watts, that’s a decent amount of power consumption. This is why it only lasts for around half an hour at full power on the internal battery. The good news, though, is that you can use it while charging, and it supports USB Power Delivery. The bad news is that USP power delivery cap is only 15 Watts. So, if you want to charge it faster than you’re using it, you’re running it at about 25% power. Still, even at 25% power, it should be about as bright as many other similarly sized panels at full power that boast an hour and a half of runtime.

The Zhiyun Fiveray M40 is available to pre-order now for $99 and the Zhiyun Fiveray F100 is available to pre-order now for $249. Zhiyun is also running a buy-one-get-one-free deal on their website on December 7th and 8th, but you can reserve your order now. This deal is on a first-come, first-served basis, so I wouldn’t wait too long if you’re thinking about it.

« A somber prediction – A.I. will replace all creatives
A non-pro version of the DJI Mini 3 has shown up in the FCC database »