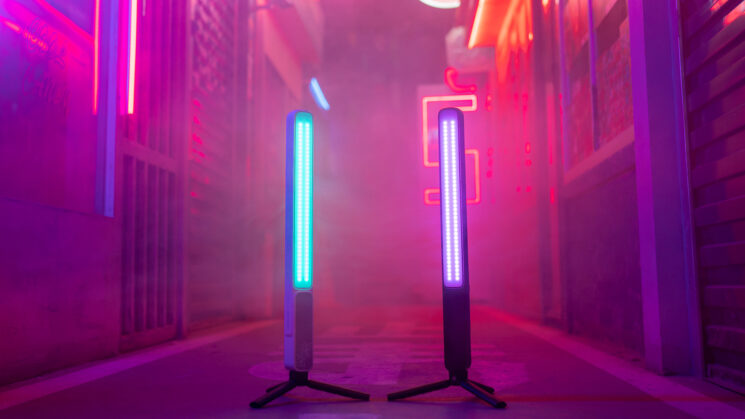 LED lights seem to be the 2022 version of 2021’s wireless microphones. Every company seems to be jumping on them. And while they didn’t release a wireless microphone, Zhiyun has entered the LED market by releasing the Fiveray FR100C LED light stick. They say it’s “5x brighter than the alternatives” at 100W and it has a built-in 6-cell (22.2v) 2600mAh battery.

It was actually announced yesterday along with the company’s new Weebill 3 gimbal, although it seemed to slip largely under the radar. But it’s both bicolour and RGB, offering a colour temperature range between 2700K up to 6300K and full RGB control over high, saturation and brightness using the HSI full-colour mode.

It’s an interesting entry into the LED world from Zhiyun. It certainly has the power output to make a statement and it even has half a dozen fans built into the back of it to help keep it cool when you’ve got the power way up there. How quiet they are, remains to be seen. And while Zhiyun hasn’t published a runtime for the battery – which isn’t surprising given that it will depend on the colour and brightness you’re using – the 22.2v 2600mAh battery works out to a little under 60 Watt-hours. So, you can probably expect around 35-40 minutes of runtime at absolute maximum output. 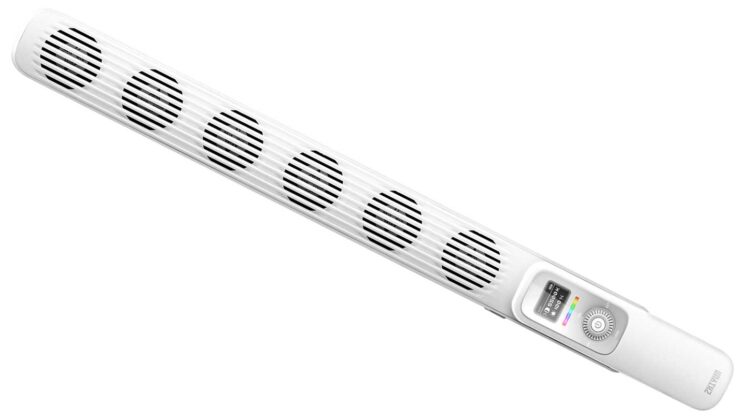 For power input, it supports up to 28W USB-PD charging, which means around 2.5 hours, although there is a TransMount 120W Power Adapter that takes AC from the wall and feeds 120 watts of DC into the FR100C that should bring it up from flat to full in around half an hour. You can even leave it plugged in while using it to keep it charged as you go. With USB-PD, depending on power output, it might not be able to top things up at the rate you’re discharging, so while it will extend the duration of the battery, it won’t keep it running indefinitely like the TransMount AC adapter will. 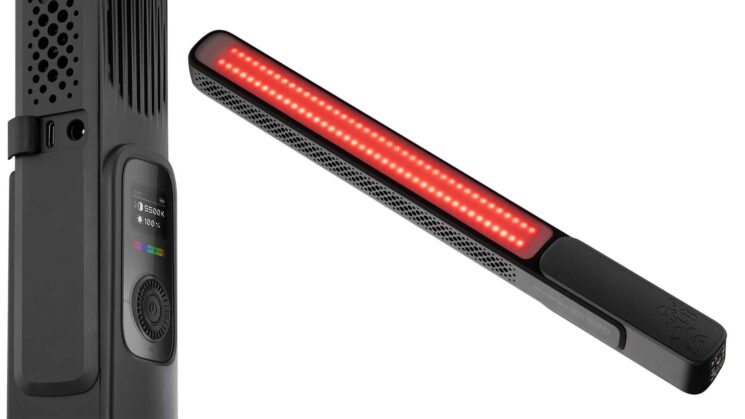 On the handle of the unit, around the corner from the USB and DC power inputs is a thumbwheel and display that will feel very familiar to Zhiyun gimbal users. It has a very similar feel to the dial found on many of Zhiyun’s gimbals and allows you to quickly and easily change the white balance temperature or HSI colour of the light. And you can use the light handheld or you can mount it to a stand or other fixture using the 1/4-20″ socket underneath.

One thing that appears to be missing from this light, which will likely put off those people for whom it is considered an essential feature, is the lack of any kind of Bluetooth remote smartphone control through an app. If you have a bunch of these darted around a set, especially if they’re mounted out of reach, changing their settings so they all match is going to be a bit of a nightmare.

If the hardware for it doesn’t already exist in the unit, then it’s not something they can add with a firmware update, but it’s definitely something I’d hope Zhiyun will implement in a future iteration of the device. If you’re only using one or a small handful of these and they’re within easy reach, though, it shouldn’t be too much of a problem to adjust them as needed – even if a little inconvenient vs smartphone control.

The Zhiyun Fiveray FR100C is available to buy now for $199 in either black or white colour options. There’s also a combo pack that includes the light and the 120W fast charger for $249.