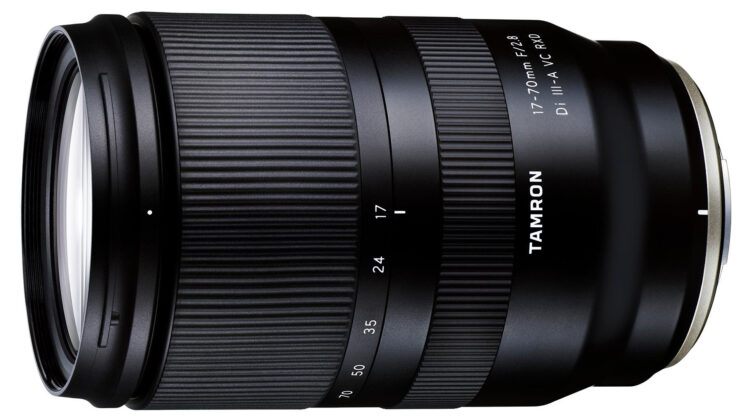 Tamron has announced the 17-70mm F/2.8 Di III-A VC RXD, a fast-aperture standard zoom lens for Fuji X-mount APS-C mirrorless cameras. With the fast(ish) aperture and the 25.5-105mm-equivalent focal length range, Tamron markets it as “the world’s first wide range 4.1x standard zoom lens.” For Fuji X at least. So, let’s jump right in and see what this lens has to offer.

If the lens sounds familiar, that’s because it is. The same lens was already announced in 2020, only for Sony E-mount. This time, the Fuji X-mount has joined the family.

When it comes to the build, the Tamron 17-70mm f72.8 is built from 16 elements in 12 groups. It contains two GM (Glass Molded Aspherical) and one hybrid aspherical lens elements which should contribute to high-resolution performance from edge to edge. It has a 9-blade round aperture, and it’s a fairly compact lens considering the number of elements and the focal length range. It weighs just under 250g (8.7 oz). It’s moisture-resistant and it features fluorine coating for extra protection.

The lens is also equipped with VC (vibration compensation) mechanism optimized for both stills and video. This feature is available when the lens is used with cameras with or without in-body image stabilization. When shooting video, image stabilization relies on AI and performs automatically to best compensate for different shooting situations.

As for the focusing features, the 17-70mm f/2.8 packs Tamron’s proprietary RXD stepping motor. the company promises quiet focusing operation, so the lens is suitable for video just as it is for photography. Speaking of video, Tamron promises minimal focus breathing with this lens.

Here are the specs and a few more product photos: 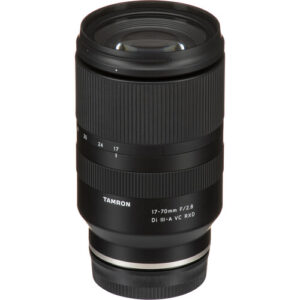 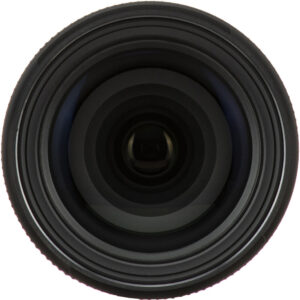 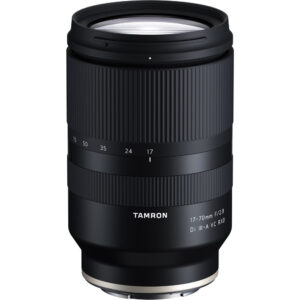 The Tamron 17-70mm F/2.8 is already available for preorders at the price of $799. It’s scheduled to be on sale on 8 July 2022, but Tamron warns that the schedule could still change due to the current global health crisis.