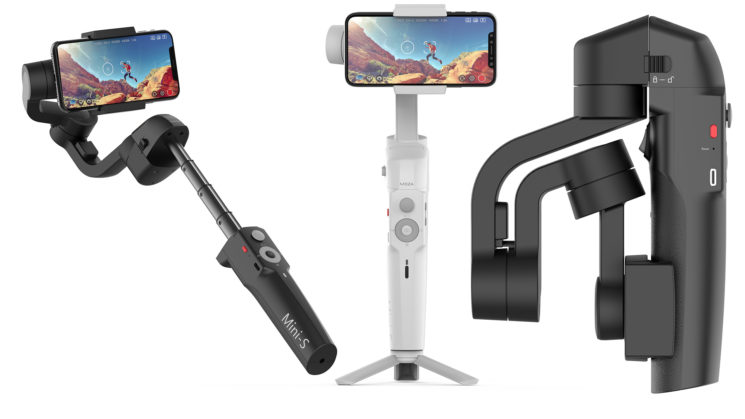 Gudsen has today announced the new Moza Mini-S 3-axis motorised gimbal for smartphones. Gudsen says that their goal with the Mini-S is to increase flexibility, compactness and user-friendliness while packing in the features of the other Mini-series gimbal line up.

The new Mini-S essentially has three forms. There’s the folded position, and it’s small and compact for travelling. Then the unfolded position, which is the type of thing we’re used to in a phone gimbal. And finally, there’s the selfie stick extended mode – handy for those times when you want to see over a crowd or get a slightly higher viewpoint. 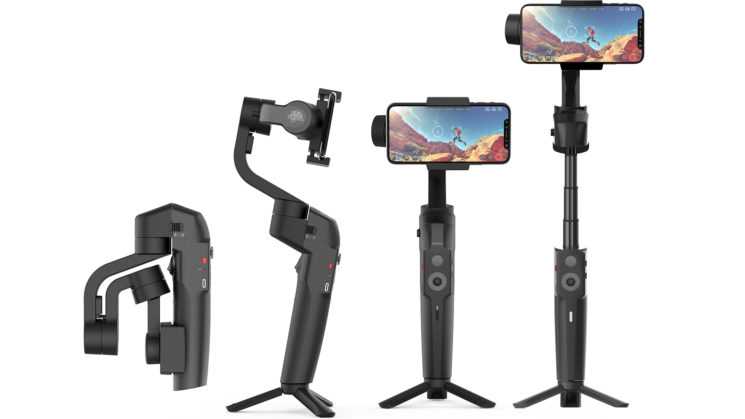 Gudsen says that the Mini-S is easier and quicker to set up than their previous Mini-MI gimbal. It has a number of shortcut buttons, and yes, it does allow you to flip the camera to shoot vertical video for your Instagram Stories. It features hyperlapse, slow-motion, inception, sport gear and vertigo modes, possibly more – the wording is a little ambiguous on the release I received.

And you can no doubt see in the image above that the gimbal tilts forward from the side view. This 10° lean, Gudsen says, adds to its ergonomics and offers a more “comfortable handholding experience”.

The Mini-S gimbal works in tandem with Moza’s Genie App, available for both Android and iOS. I don’t know if there’s going to be any interaction with FiLMiC Pro, but that would be nice to see, especially now they’ve massively improved their LOG profile.

The Moza Mini-S will be available in two colours. There’s the classic black or the new white, both of which do look rather good. 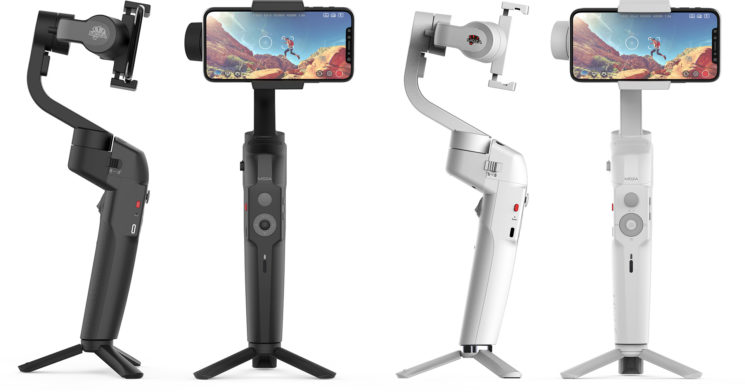 Gudsen doesn’t seem to have said exactly when the Mini-S will become available, nor how much it will be. It’s not currently available in any of the usual places that would have this. But I imagine we’ll find out soon enough.

For now, there’s more information on the Gudsen website, and if you want to check one out for yourself, Gudsen has them on display with their range of products at CES 2019 (Sands Expo Level 2 A-D #44571).

The SMOOTH-X is a sub $60, foldable smartphone Gimbal