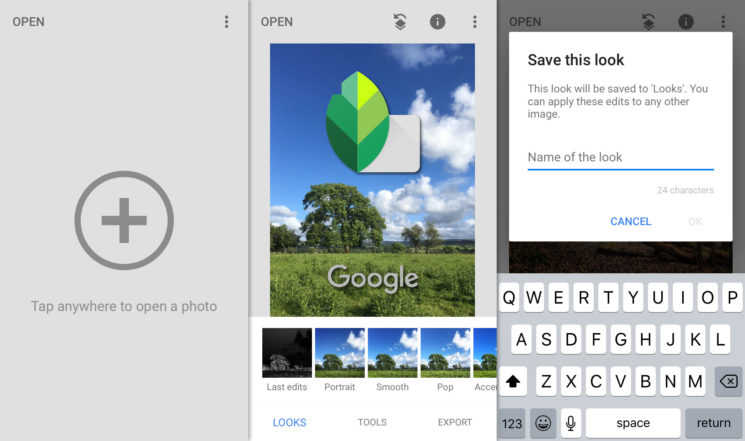 Google have released a new version of Snapseed with a drastically overhauled user interface. Version 2.18 is available for both iOS and Android. You know Snapseed, it’s the reason Google bought Nik Software. A company which offered a fantastic suite of desktop tools Google then abandoned.

They say that the new user interface is designed for faster editing and a more efficient workflow. All of the usual features are still there, and a new perspective correction feature has also been added. The new, brighter look is getting some mixed reactions, though. Many aren’t happy about the new, bright grey and white background. I have to admit, I’m not a big fan of it myself.

It’s much easier to edit when the background of your screen which surrounds the image is dark, especially if you want to see shadow detail. Nonetheless, it’s out now, and it’s what we’ve got to work with. 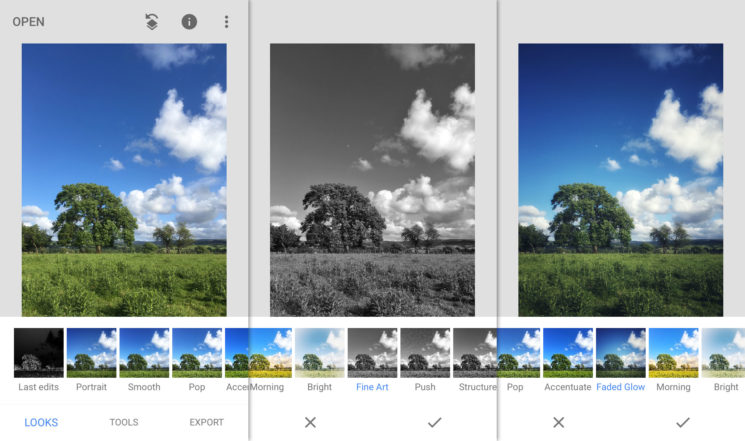 Having “looks”, which are basically just presets, available from the main screen has never been a real need for me. Sure, it’s handy to be able to make your own custom presets, but I rarely tend to use them. For those that like them, there’s 11 new ones included, and you can make your own new ones, too. I just find that images often require too much of a slightly different treatment from each other to really get the look I want. So, I preferred when it was hidden.

The light background is also quite off-putting when trying to look at colour and detail in darker areas of an image. On the previous dark background, I could easily pick out that detail. Now, it’s a little harder as your eyes adjust to the bright grey and white surroundings. 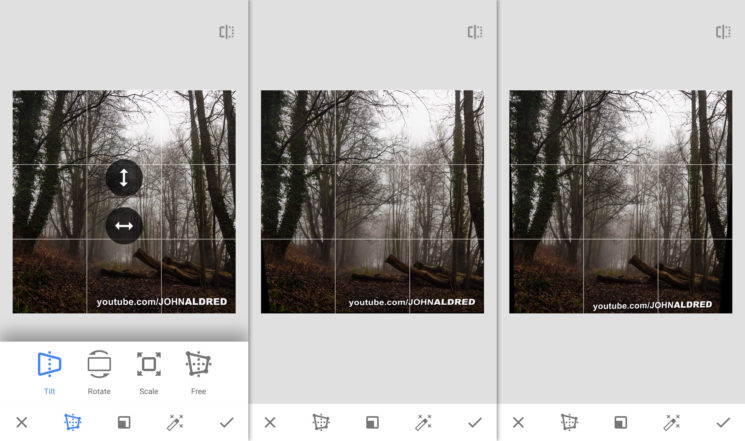 One thing that is rather cool, though, is the new perspective correction tool. You can tilt or turn the image up and down or left and right. You can also rotate it and scale it. Finally, you can even grab each corner separately to fine tune things. It works in a similar way to Photoshop’s Distort and Perspective Transform tools. That is to say, it works rather well. 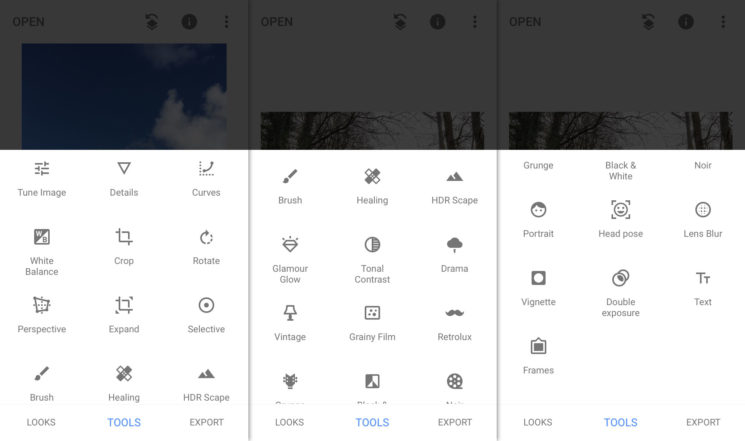 As mentioned, the usual array of adjustment tools are there, and you can go back along the edit history and tweak things at any point. You can also save out a file containing the edits that you can come back to adjust at a later point in time.

Overall, I do quite like the new look. I just wish it wasn’t so bright. Hopefully, we’ll get a mini-patch soon that lets us choose between a light or dark UI layout.

The updated Snapseed V2.18 app is available now for both iOS and Android.