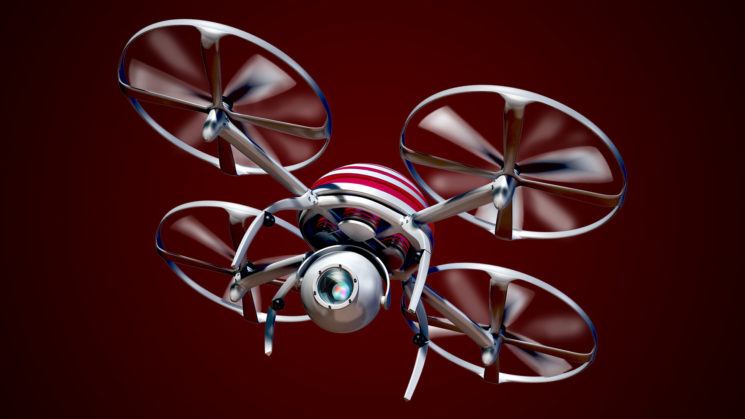 Drone technology has come on so quickly in such a short space of time. Especially the camera technology. I’m not just talking about the quality of the optics and sensors, either. The “brains” behind the visual  systems in drones now is just nuts. Even modest consumer drones have facial recognition, subject tracking, and similar features. All these features and help us to achieve the best shot possible.

A team of research from MIT and ETH Zurich have now taken things way beyond that which is currently available to the masses. Building on the basic visual systems, theirs actually allows you to determine where in the frame the subject is positioned. It also lets you choose the camera angle. If you want full frontal, you got it. 3/4 left or right? No problem, it’s just the flick of a menu item.

These new tools and features could allow cinematographers to get shots not easily possible before. And while it does look like it’s still a little shaky it’s an extremely impressive start. Right now most drone tracking features place the subject in the centre of the frame. This would open up all kinds of creative options.

As well as the framing and composition, though, this system also features dynamic obstacle avoidance. From watching the video, I would guess that this is their primary focus, which is why the video itself still seems a little shaky. But, if you’re going to be flying drones this close to people, you want to be absolutely sure it’s safe. So, perfect the obstacle avoidance and then work on the camera.

That too, is very impressive. In one example, the drone is shown tracking one subject while two others move around the room. Even as they actively attempt to head straight toward the drone, it moves out of their way as they get close.

The obstacle avoidance alone is enough to make your head spin. To do it while tracking a subject is very cool. All one needs to do is specify where an object or face should appear in the frame, which direction it should face and how large it will appear. The drone calculates the flight path on its own, constantly updating and correcting as it detects potential obstacles.

The team will present their findings at the International Conference on Robotics and Automation later this month. When such technology will appear in consumer drones is anybody’s guess. But, if I were a betting man, I’d say DJI have already started trying to figure out how they can put this in the next Phantom or Mavic.