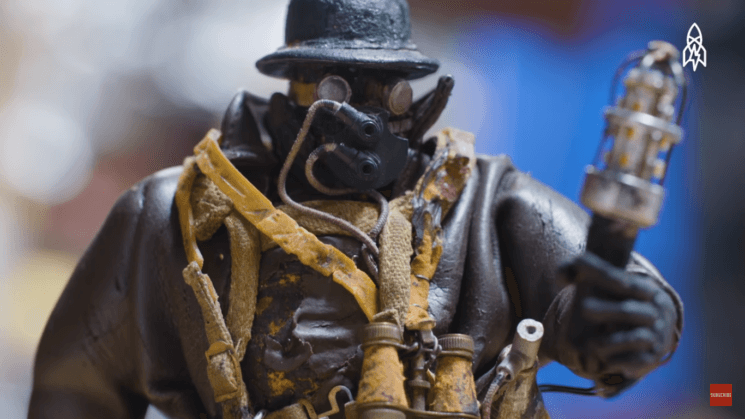 When I was a kid, stop-motion was the thing. There were many cartoons made using this technique, and I was enchanted by them. I even tried doing it with my old camera and some toys, but of course, it didn’t look like I imagined. If you’re enchanted by stop-motion like me, you will enjoy this video from Great Big Story. It’s a story about the master of stop-motion animator Phil Tippett and his project “Mad God.” A story of decades dedicated to his passion, and the incredible result he got from it.

Tippett is a creative genius who has worked as a stop-motion animator, but also a model-maker, visual effects supervisor and director. He was a part of epic projects like Star Wars, Jurassic Park, and RoboCop, to name a few. But in addition to his day job, he’s also been working on an impressive project of his own.

“Mad God” is a movie Tippett’s been making for the past 30 years. He calls it an “antidote” to his day job, a sort of a therapy, and a getaway. He says he’s been doing it for so long now, that he lives and breathes in this world he’s been creating.

His project is a combination of live-action and stop-motion, miniature sets and layers that resemble a collage. It’s dark, weird and odd. It features imaginary cities, strange jungle, and a huge, post-industrial world. He creates all the characters and shoots everything himself, and the magic begins in his studio in Berkley, CA. Or as he calls it – “a huge toy box.”

Tippett builds the characters himself, by hand. He starts from an articulated skeleton he can move one frame at a time. Then, he wraps polyurethane foam around the skeleton to build up the general mass. After this, he takes latex skins, glues them. Finally, he paints the characters, and they are ready for the shoot.

The movie characters are placed on miniature sets Tippett designs himself. He calls this project “a labor of love,” and indeed, you can see how much effort and energy he has invested into it. I like it that the movie resembles the stop-motion animations from my childhood, but it connects them with the dark themes and worlds I started watching and reading about later. I find it truly amazing, and I hope you will watch it and enjoy it just as much as I did.