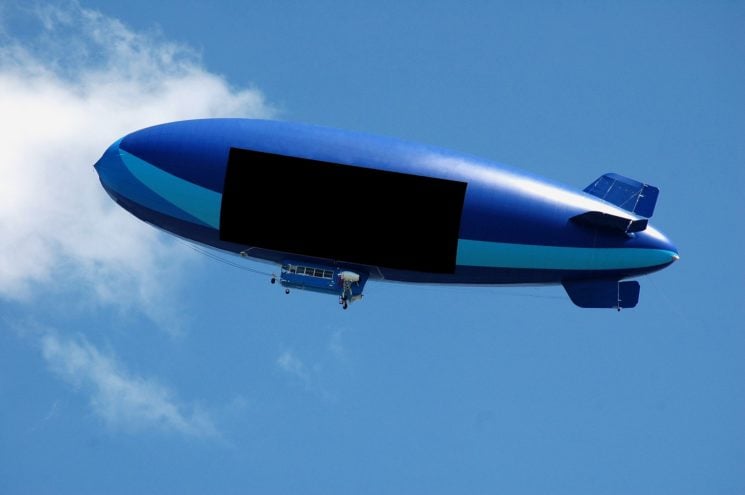 Law in Florida forbids the police to use drones for surveillance of citizens. However, it seems that Miami Beach police have found a legal loophole. Instead of a drone, they use a miniature blimp with a camera attached to it.

The blimp is a helium-filled device with a camera gimbal attached to its underside. It’s called a “tethered aerostat,” and according to Miami New Times, the police department tested it a while ago, and has recently decided to buy it. Reportedly, the police used a similar device during Memorial Day Weekend in 2017. During spring break of 2018, they began testing the current blimp, and did it again on Halloween same year, before ultimately deciding to buy it.

We have an ? on all things @CapitalOne #BEACHBASH #MiamiBeach #NYE2019 pic.twitter.com/sOJLnGqDaS

Miami New Times reports that city Manager Jimmy Morales sent a letter to the city’s commission on 3 January 2019. The letter admits that the police bought the blimp to get around the state’s drone surveillance ban.

“As crowds at major events here in the city have increased in size over the years, and given the emergence of new threats of terrorism seen around the world in such large gatherings, the department sought to acquire a new technological solution for aerial monitoring.”

Morales added that the blimp provides “an ideal vantage point in an unobtrusive manner, with a sleek, yet friendly look.”

Of course, the public raised the question of law violation. Are the police basically breaking the law by using this aircraft for surveillance? MBPD spokesperson Ernesto Rodriguez doesn’t think so. “This is new technology, it’s smart tech, and it’s safe tech that we’re using to keep folks safe during large events,” he said.

According to The Freedom from Unwarranted Surveillance Act which bans the police from using surveillance drones, a “drone” is any powered, aerial vehicle that:

To be honest, I don’t really see too many differences between a camera drone and a blimp, except that the blimp is tethered. They’re named differently, though. So, linguistically speaking, the police are not using a drone and thus not violating the ban. But interestingly enough, website BlimpWorks.com refers to blimps as “lighter-than-air drones.”

Personally, I wouldn’t have anything against police surveillance during major events, for safety reasons. Accidents, terrorist attacks, and murders in large crowds happen all over the world. However, I do have a problem with the police finding a legal loophole. If they’re eligible to do it without consequences, does it mean that everyone is?