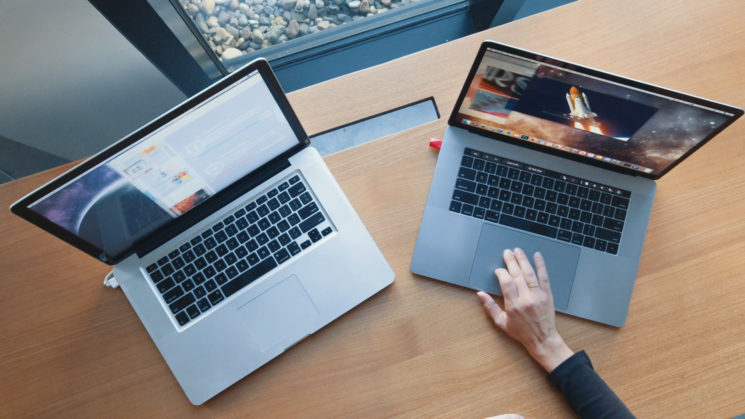 Macs generally tend to hold their value quite well on the used market, but sometimes you just don’t want to get rid of your old computer when you get a new one. If you rely on photography for your income, having a backup can be vital, especially given the number of repairs and recalls Apple seems to have going on.

But if you don’t want to just leave your old Mac sitting there doing nothing while you work on your new one, you can turn it into a secondary monitor, thanks to the latest version of Luna Display and its new “Mac-to-Mac” mode.

Luna Display has been around for a while, allowing you to use your iPad as a second monitor for your Mac. But with this functionality now built into Catalina (if you’ve dared to upgrade), making apps like Luna Display redundant for that feature, third party apps have had to step up their game. And that’s what Luna Display has done.

Unlike Apple’s solution, which requires Catalina and only allows the Mac to use an iPad, it’s limited to newer Mac models only. Luna Display works with older mac models and the main Mac only needs to run El Capitan or newer. The secondary Mac just acting as an extended screen can be running operating systems as old as Mountain Lion, released in 2012. A great way to make use of your old Mac.

Luna Display is available to buy now for $69, and they’re currently running a 10% discount to celebrate the new “Mac-to-Mac” feature. If you’re not sure which version you need, they have a compatibility chart.