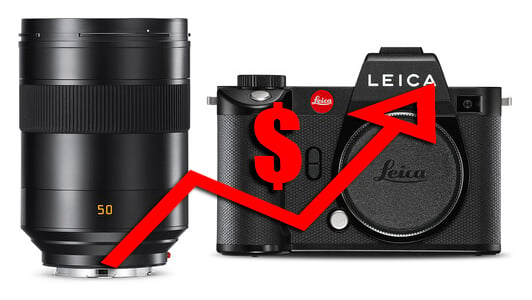 The prices of pretty much everything have skyrocketed over the past few months, at least here in Europe. So, it’s no surprise that electronics are about to get a price increase as well. This time, it’s Leica – and it’s the company’s third price increase over the last year.

According to some reports, the famous camera company is about to increase prices by up to $400. While this price increase applies to Europe, it’s expected that Leica will adjust the prices in other parts of the world, too.

As Leica Rumors reports, the prices of certain Leica cameras and lenses are about to jump by between €300 and €400 in Europe. This source writes that the “Leica Europe price increase is now confirmed as several stores have already received the new price list.” Here are some examples of gear that’s getting more expensive starting from 1 July 2022:

As I mentioned, Leica has already increased prices twice over the last year or so. It was in March 2021 the first time, and then again in October same year. Despite the latest price increase only coming to Europe, we can reportedly expect the same to happen in other parts of the world, too. So, if you’re thinking of getting a Leica… Maybe now’s a good time to place an order.

Canon quietly increases lens prices by up to $1,000. Again