One of my favorite neighbors sends me photography-related emails every so often. She’ll send me a link for an upcoming museum exhibit or gallery show. Sometimes she’ll forward an article about a local photo contest. I look forward to her emails, partially because I appreciate her taking an interest in what I do, but also because it’s interesting to me to see what sort of photography stories and events are resonating with non-photographers. I received one her emails this past week and I was floored– shocked, actually, that I’d never heard the story of the Leica Freedom Train. It’s one of those rare stories that brings together so many aspects of my life, including my passions for photography and history, as well as some very deep connections to my family heritage.

While the actual numbers are lost to history, what has become known as the Leica Freedom Train was a rescue effort by Ernst Leitz II and his daughter Elsie Kuehn-Leitz to get hundreds of German Jews out of the country, starting within months of Adolf Hitler’s rise to power in 1933. 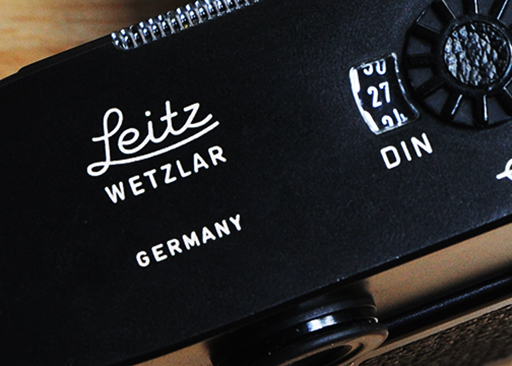 Leica was originally started as a high-quality optics company in 1869 by Ernst Leitz in Wetzlar, Germany. By all accounts, his attitudes toward and treatment of his employees was impressively way ahead of its time. Leitz introduced employee pensions, sick leave, and health insurance very early on, rewarding its highly-skilled labor force, much of whom was Jewish. When Leitz died in 1920, his son, Ernst Leitz II, took over, leading the company through the war years, as well as the introduction of the Leica 35mm camera in 1925. When Adolf Hitler became the German Chancellor in 1933, the younger Leitz almost immediately started receiving frantic calls and letters from Jewish associates, asking for the nearly impossible– help getting them and their families out of Germany. Since the Leitz family was not Jewish, they were not subject to Nazi Germany’s Nuremberg Laws, which– among other things– greatly restricted where Jews could and could not live, as well as limiting and scrutinizing their professional and civic activities. 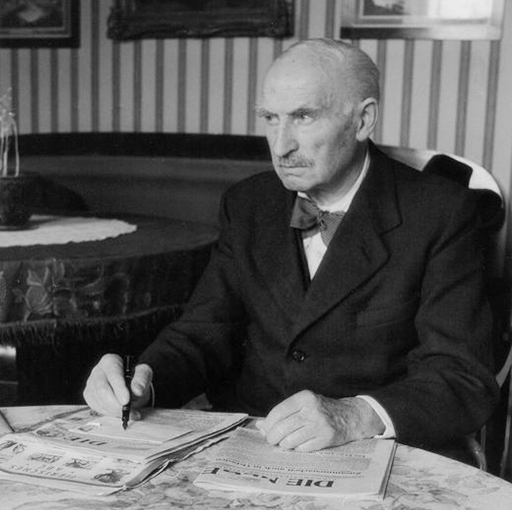 In order to help, Leitz quietly embarked on what history would later dub the Leica Freedom Train. The plan seemed simple enough, but could yield dire consequences for all concerned if ever discovered. The plan helped Jews leave the country covertly, under the pretense of Leitz employees being transferred to work overseas.

Employees, retailers, family members, and sometimes even friends of family members were “assigned” to Leitz sales offices, primarily in the United States, but also in France, England, and even Hong Kong. Efforts intensified after Kristallnacht— Crystal Night– in November of 1938, during which Jews were beaten and killed while their buildings, shops, and synagogues were vandalized and burned all across Germany. The name comes from the piles of shattered, broken glass which littered the streets when the violence and destruction had temporarily ended the next morning.

Employees arriving in New York were met at the pier and taken to the Leitz Manhattan offices and showroom on 5th Avenue, where they received help finding jobs, homes, and anything else they needed to embark on their new lives. The refugees were given a living allowance if finding work proved to be difficult. Each was also given a Leica camera– not because they needed new cameras, but because they were easily exchangeable for cash if necessary. Many among this wave of employees became product designers, repair technicians, sales people, marketers, and even writers in the photography industry.

The Leica Freedom Train was operating at its height in 1938, and into early 1939, dropping off groups of refugees around the world every few weeks. It was not until the German invasion of Poland on September 1, 1939 that the country’s borders were officially closed and Leitz’s rescue operation came to an unfortunate end.

Getting Away with It

How exactly does such a high-profile company manage to fly so low under the radar? Let’s not forget that the company was producing rangefinders and other optics for the German military. The Nazi party– experts in propaganda– also believed very strongly in the importance of the Leica camera as a propaganda tool. Some historians think that local Nazi officials must have turned a blind eye to the effort because their need for the company’s continued success outweighed letting what they thought was just a few Jews escape. Knowing what the Holocaust did to my grandparents’ and parents’ generations, I find this theory hard to believe, but we can never know for sure. Suffice it to say that a man with nothing to gain and everything to lose took a quiet stand against tyranny and got away with it for as long as he possibly could.

That’s not to say, though, that there were no consequences or repurcussions. Alfred Turk, a top company executive, was jailed at one point for working to help local Jews, and was only released upon Leitz’s payment of a substantial bribe.

Leitz’s own daughter was imprisoned by the Gestapo after she was caught helping Jewish women cross the border into Switzerland. She was eventually freed, but fell under suspicion again in the early 1940s when she tried improving the living conditions of 700-800 Ukrainian slave laborers who had been assigned to work in the plant.

This entire affair may have never come to light, had it not been for the dedicated research of a California-born rabbi living in England. Written by Frank Dabba Smith and published in 2002 by the American Photographic Historical Society, “The Greatest Invention of the Leitz Family: The Leica Freedom Train” details the family’s efforts to quietly intervene in one of history’s greatest injustices. When Ernst Leitz II was posthumously honored by the Anti-Defamation League with the Courage to Care Award in 2007, ADL Director Abraham Foxman said, “Under considerable risk, and in defiance of Nazi policy, Ernst Leitz took valiant steps to transport his Jewish employees and others out of harm’s way. If only there had been more Oskar Schindlers, more Ernst Leitzes, then less Jews would have perished.”

The comparisons to Oskar Schindler, the Polish industrialist who saved over 1,200 Polish Jews from extermination by employing them in his Krakow factory, are inevitable. While we have no way of knowing precisely how many people Ernst Leitz saved through his efforts, we do know that the risks to himself and his family were just as high as those of Oskar Schindler.

It was not until years later that Leitz’s son Günther, breaking his father’s silence, said in an interview that, “he did what he did because he felt responsible for his workers, their families, for our neighbors in Wetzlar.”

How it Resonates with Me

If you read my post last week, you know that I feel very strongly about giving back to my community. Regardless of where you live in the world, growing up Jewish brings with it an extensive education in the history of the Holocaust. While much of this education occurred for me in the classroom, just as much– if not more– took place in living rooms and at dinner tables, listening to first-hand accounts from relatives and family friends who were fortunate enough to somehow survive one of the world’s most horrific atrocities. Some still bore the numbers that had been tattooed on their arms the day they arrived at the concentration camps. While some had been hidden like Anne Frank, others had fought in the resistance.

According to family history, 16-year-old Abram Guyer– my grandfather, second from the right in the back row– stowed away on a ship to Palestine in the late 1920s. Apparently able to see the writing on the walls, he left behind his small Polish town of Gombin, his parents, his six siblings (not all pictured), and everything he knew for hopes of a better life. While he ultimately found what he was looking for, so many more did not. The generally accepted, conservative estimate is that 6,000,000 Jews died in the Holocaust. It’s truly a mind-boggling number, made even more so because of some of the countless stories of almost random survival. 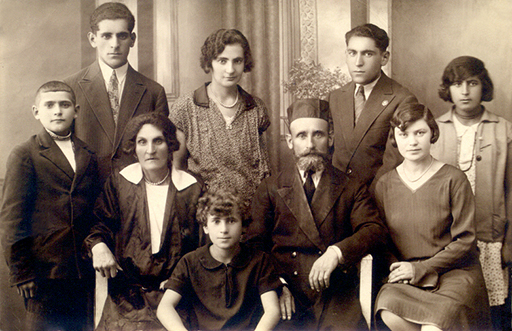 By 1939, Abram had married my grandmother, had the first of three children, and moved to the United States, joining his father and three of his siblings in Detroit. Two brothers were still in Poland. One– Josef, pictured below with his wife Tzirele– would not survive the war due to illness. His brother Ben– standing all the way to left in the front row above– would miraculously survive incarceration at not one, but four concentration camps, including Auschwitz, before being liberated from Bergen-Belsen by Allied troops at the end of the war. 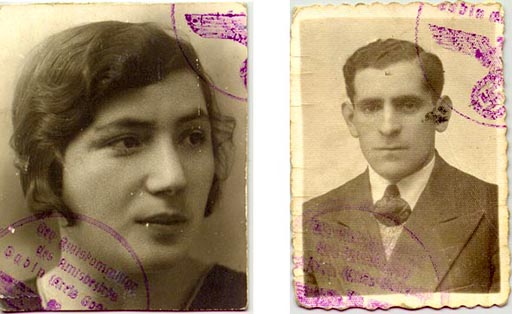 There is no denying the horrors of war and genocide– in any era. That someone like Ernst Leitz was willing to risk so much by taking a quietly defiant stand in the face of such impending atrocity speaks volumes about the man and his legacy. While most of the world may remember him only for his contributions to 35mm film photography, there are literally hundreds of families around the world who wouldn’t be here today if not for a different legacy– one that extends so much deeper than photography ever could.