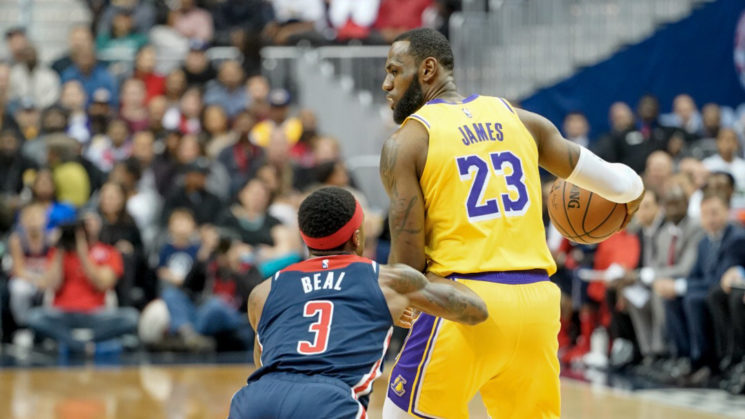 Almost a year ago, photographer Steven Mitchell sued LeBron James over alleged misuse of his photo. The Lakers superstar responded with a countersuit, but it appears that both lawsuits have now been settled.

In March 2020, Mitchell filed the lawsuit over James’ “unauthorized use” of his image of him dunking in a game against the Miami Heat. The lawsuit reportedly sued both James and his companies Uninterrupted Digital Ventures and LRMR Ventures, LLC. He sought either any money James and his companies made off the post or $150,000 for each time James used the image. Shortly after, James responded with a countersuit, reportedly asking for “at least $1 million and attorney fees.”

The Athletic writes that the settlement was likely the result of an incident between James’ attorney, Howard Shire and Judge Jean Rosenbluth. During a hearing, Shire told the judge that attending a settlement conference would be “an imposition” on James’ time.” He claimed that he had been given the power to settle the lawsuit without James’ presence. However, the judge didn’t like hearing that a settlement conference was an imposition on someone’s time. “He brought these counterclaims and he has to be prepared to litigate them,” the judge added.

On Wednesday, the settlement between James and Mitchell was revealed in a court filing. It appears that both lawsuits were closed with it, but the terms of the settlement haven’t been disclosed.

[via PetaPixel; image via Wikimedia Commons]