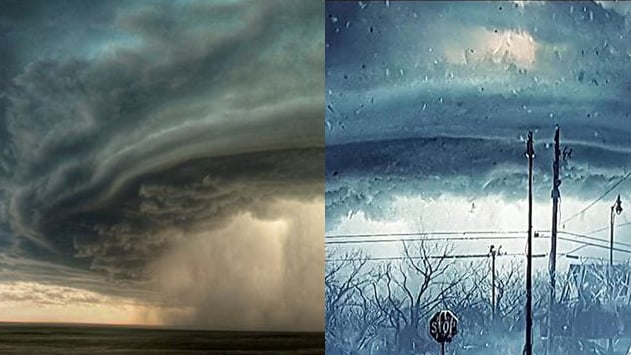 While watching popular Netflix show Stranger Things, photographer Sean R. Heavey had an unpleasant surprise. He thought that a giant storm cloud in one of the scenes looked familiar, and then he realized – it was one of his photos. Apparently, the creators of the show used his photo to create the scene, and the photographer says they didn’t ask him for the permission.

Heavey thought that the cloud formation in the scene was just really similar to the one he had captured. But then, a friend of his watched Beyond Stranger Things behind-the-scenes special and noticed the same photo in the concept art.

The photo in question is titled The Mothership and it shows a supercell thunderstorm rolling across the Montana prairie at sunset. As PetaPixel writes, the episode didn’t contain the exact same photo, but the concept art did. Either way, the photographer says that Netflix didn’t ask him for the permission. Since the photo isn’t licensed with any stock agency, they couldn’t have bought it either. Here are both photos, so you can see for yourself: 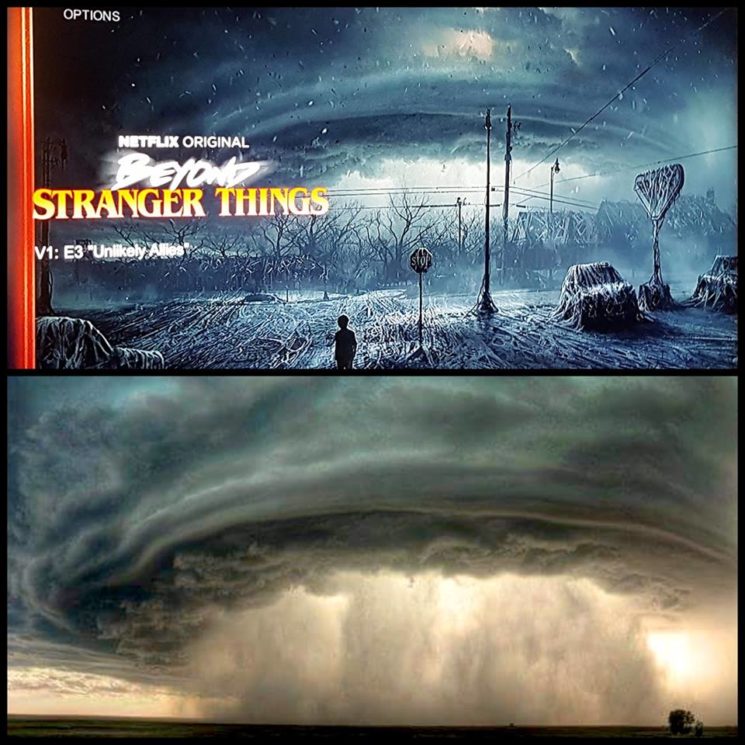 The photographer says he would understand if someone took the photo from the internet and used it only in-house while working on the show. But he believes that, once the photo was used in the documentary, it becomes an official usage and he is entitled to usage fees.

Personally, I think there’s no doubt that this is the same photo. Of course, it’s edited to fit the mood of Stranger Things, but you can see in some details that it sure is Heavey’s photo of the storm cloud. Just like the photographer himself, I also believe that he’s entitled to usage fees, considering that the photo appears in the official documentary. Heavey says he is surprised that Netflix didn’t simply offer a license fee, but they responded as they did. At the moment, he is working with a legal counsel to figure out his next steps.