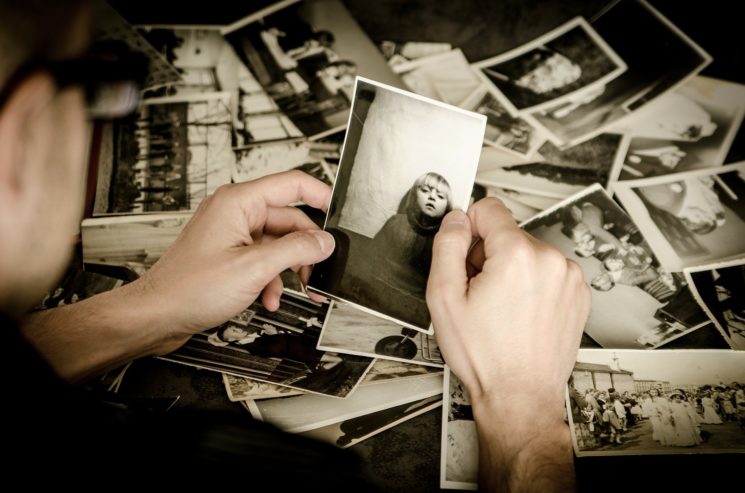 When I was a kid, I always fantasized about finding treasure in my home’s attic one day. Well, David J. Whitcomb did. When he bought a building, he discovered a 100-year-old photo studio inside of it and a bunch of prints from the late 19th and early 20th century. Now that’s what I call treasure!

Whitcomb bought the building in Geneva, New York in December 2020. At the time, he didn’t even know that it had an attic, let alone the treasures hidden inside of it. He only noticed something strange on the ceiling when he and his friend went on the third floor to change a lightbulb. They discovered an access panel to the attic, so Whitcomb climbed up to see what was inside.

“The first thing I saw was a whole bunch of picture frames stacked together and these frames are gorgeous,” Whitcomb told CNN. “They’re the turn-of-the-century, they’re gold, gilded, and they shone really bright and I was like ‘Oh my God.’” He told to his friend that they’d found the “Goonies” treasure, and they really had.

The following day, they returned to the attic and spend 12 hours going through its content. There were stacks of prints, frames, glass negatives, even photography gear from the late 1800s and early 1900s. But probably the most valuable item they found was a portrait of suffragist leader Susan B. Anthony.

The photo was taken by James Hale in 1905, only a year before Anthony’s death. Whitcomb told CNN that they found mail and other documents with Hale’s name on it, which is how they determined who had taken the photo. The pieces of the original glass plate negative were also in the attic, but they are broken. Whitcomb still hasn’t found the section of the negative showing Anthony’s head, but he hopes that it will happen eventually. Whitcomb gave the copyright to the photo to The Susan B. Anthony Memorial Association and they selected it as her official photo.

CNN writes that most people in the photos haven’t been identified. But among those who have are other leaders in the women’s rights movement, Elizabeth Cady Stanton and Elizabeth Smith Miller.  Whitcomb and his friend also found portraits of men in sports jerseys, military uniforms, and hundreds of prints that seem to have been discarded.

Whitcomb has found an auction company to help him empty the attic and catalog everything he found inside of it. As it appears, it’s going to be a tedious job considering how many prints and negatives there are. Quite a treasure, I tell you!

You can take a look at more photos on Democrat & Chronicle.