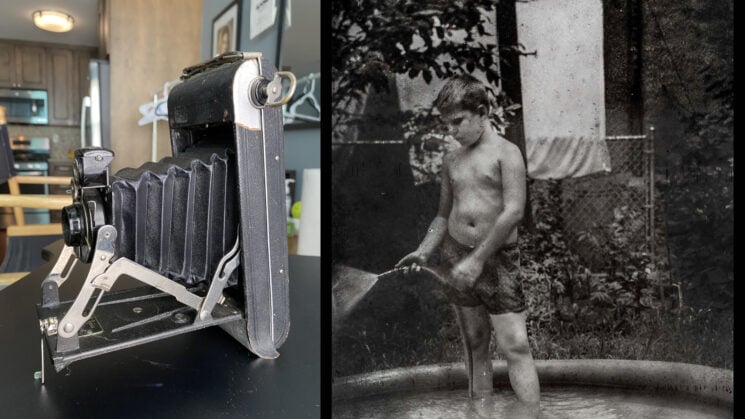 Finding and buying a century-old camera sure is exciting. And when that camera has a roll of film inside… Well, it makes the excitement much greater! Mychal Watts recently found a 1923 Kodak 2 Folding Autographic Brownie camera. He was happy to buy this piece of photographic history, but even happier to discover film inside. He even managed to develop it after all this time and save two photos that were on it. Mychal shares his story with DIYP, as well as the photos that he managed to save after they spent almost 100 years on an undeveloped film.

Mychal is a professional photographer based in NYC. He was looking around a little local shop at Bryant Park in Manhattan when he came across the 1923 Kodak bellows camera. While he was examining it, he was struggling to open the back of the camera since it was stuck due to rust. But when he finally popped the back open… there it was, an undeveloped roll of 120mm film! He immediately shut the camera and started thinking about what could be on the roll. 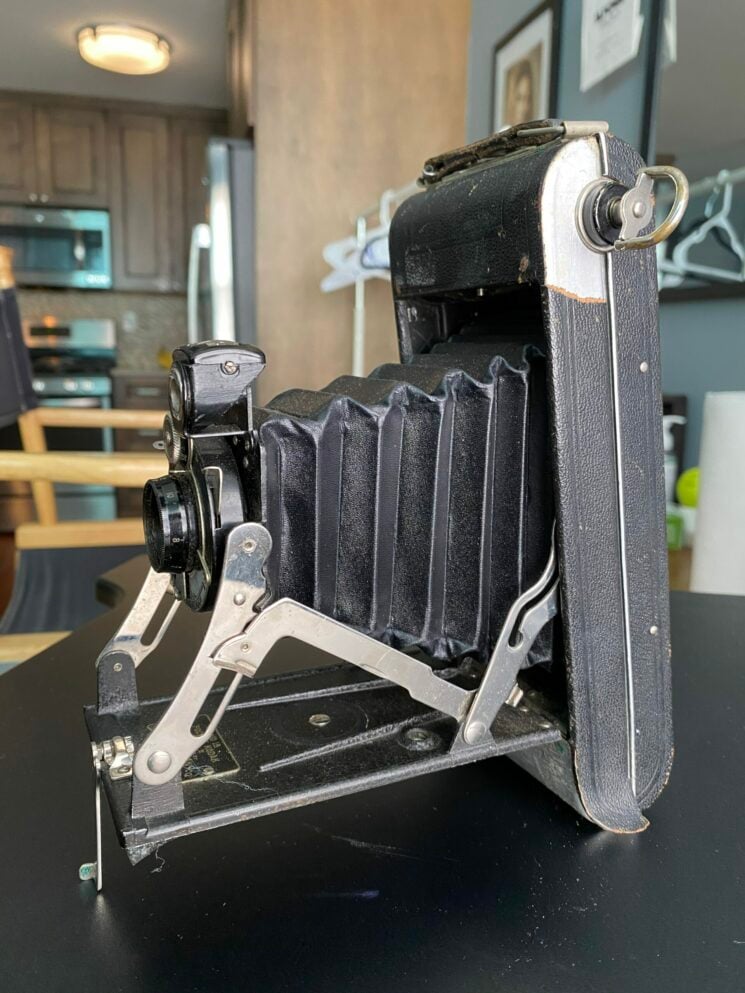 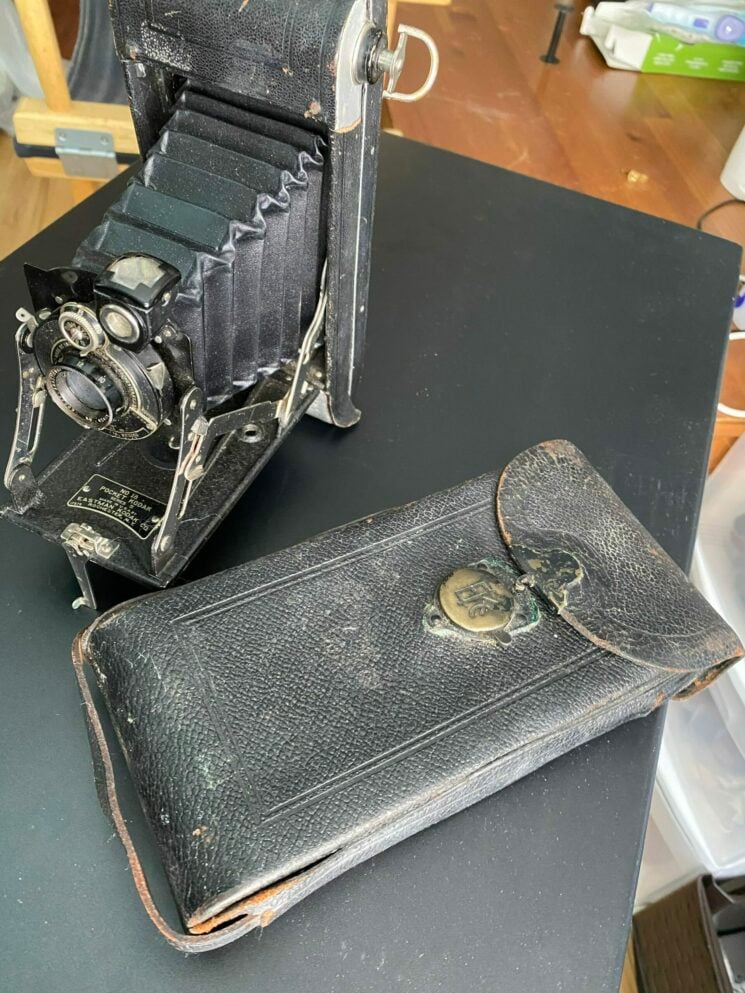 The roll inside the camera was one of a Kodak pan film. Mychal believes that the film speed was about ISO 32, since back then there was no high-speed film. And since the film was so slow, Mychal assumed that him opening the back of the camera wouldn’t fog it all that much. And he was right.

With more care this time, Mychal took the roll to process it. He tells DIYP that had it run at + 1 1/2 to compensate for the added gamma from the fog and the aged film. Thanks to his knowledge and a bit of luck, he ended up with two perfectly usable photos that were on this almost a decade-old film! 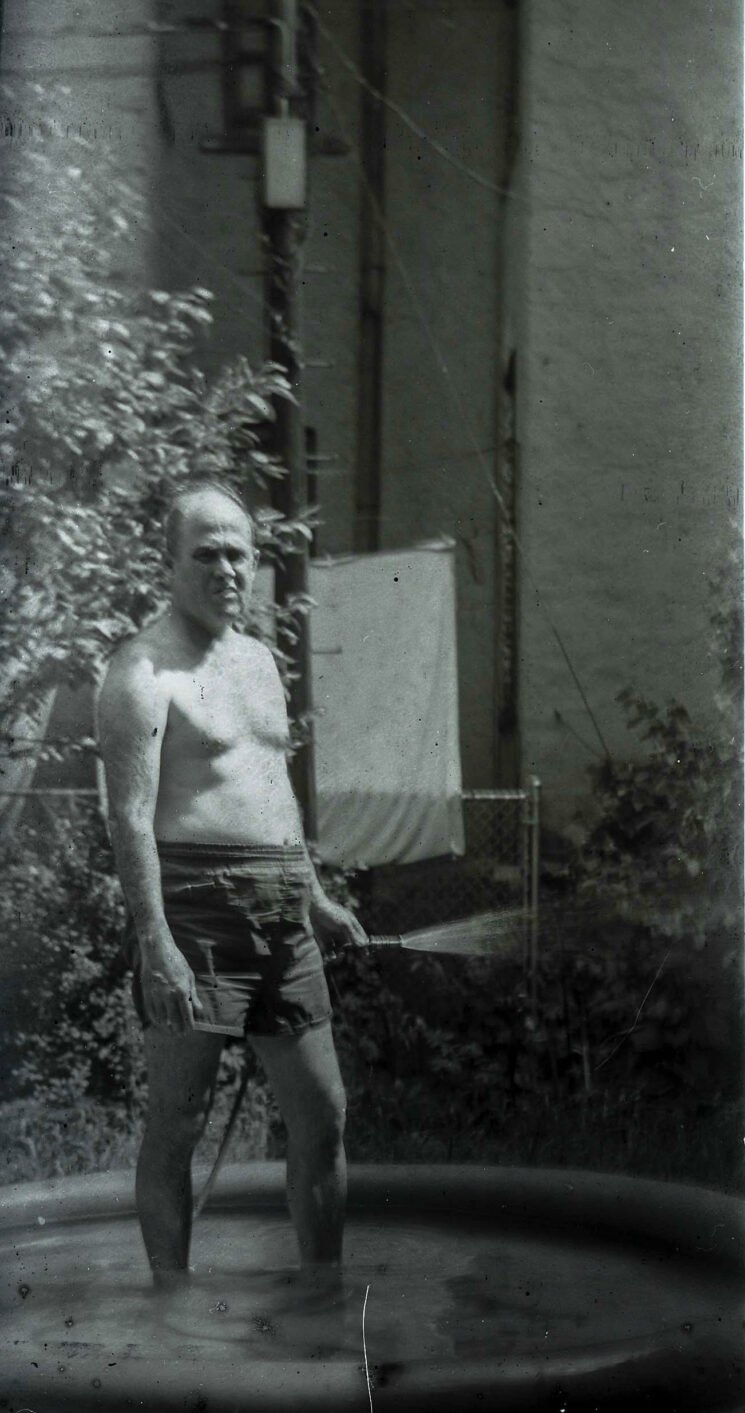 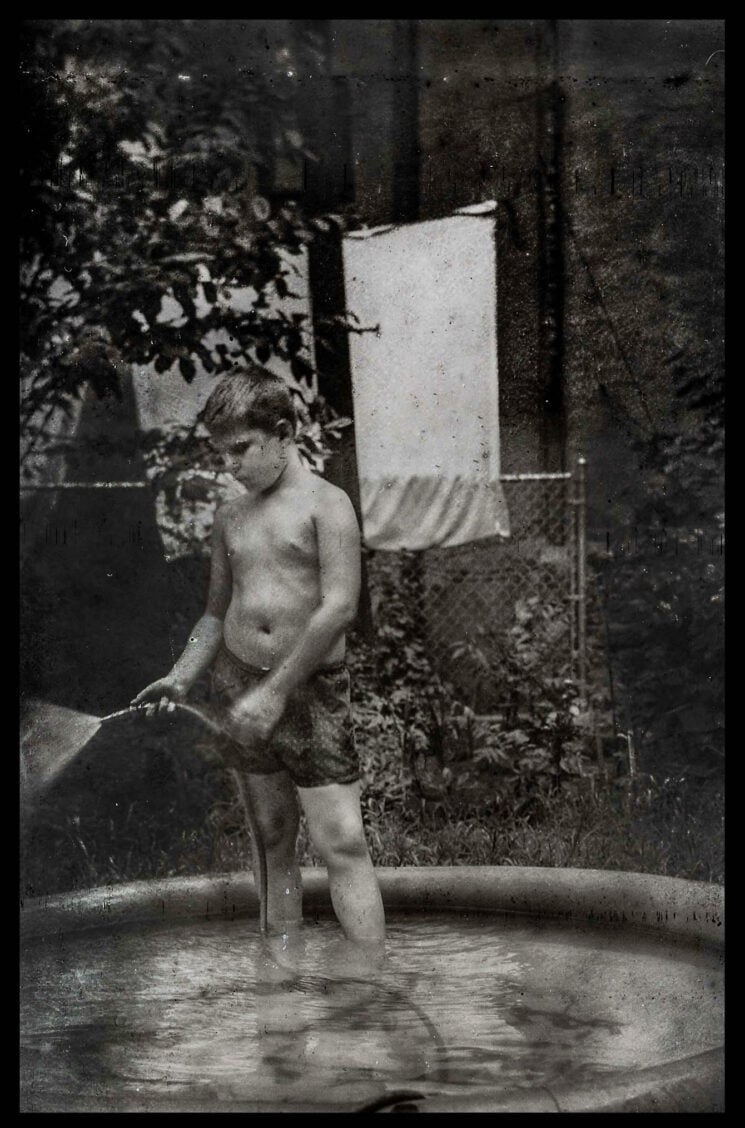 I love the mystery carried by the films found in old cameras. Sometimes they reveal master photographers, like Vivian Maier or Masha Ivashintsova. Other times, there are just regular folks who had their photos taken on a vacation, celebration, or in everyday situations. The photos that Mychal found show a man and a boy in the same setting, and it’s up to our imagination who they are, where they are, and what their day was like when the photos were taken. And who knows, perhaps these images will even reach their descendant who will be able to recognize them. I sure would love to see that!