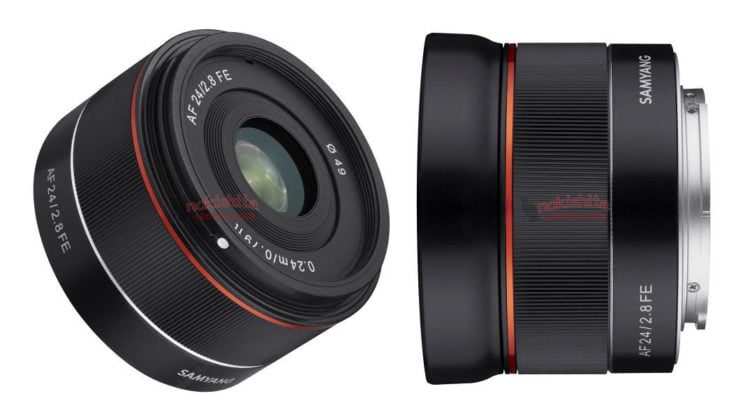 It seems like every lens manufacturer’s pushing hard on the Sony FE mount these days. Sigma have 9 of their lenses coming out in a native FE mount. Zeiss look set to announce a new Batis 40mm f/2.0 soon, and now Samyang. There’s not really anything known about the lens other than what we can see in the pictures. But we do have pictures, thanks to Nokishita.

So, what do we know? Well, we know it’s made by Samyang, we know it’s a 24mm lens with an f/2.8 maximum aperture, and it’s for full frame Sony FE mount cameras. It also has a minimum focus distance of 24cm (0.79ft) and a filter diameter of 49mm. Beyond that, your guess is as good as ours. 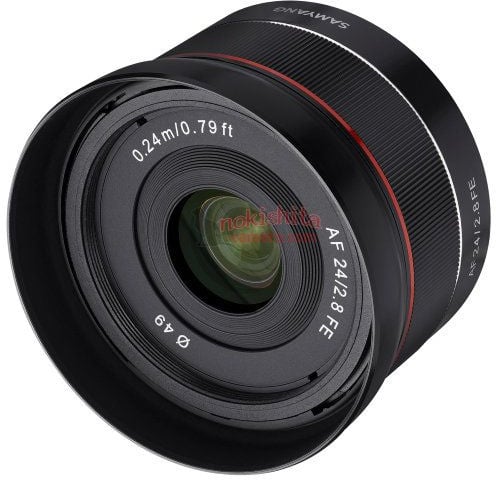 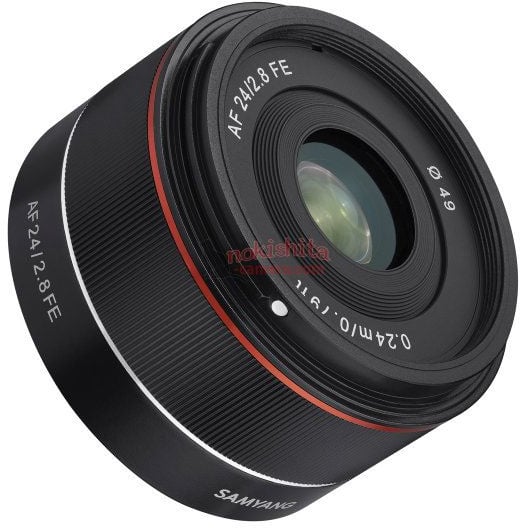 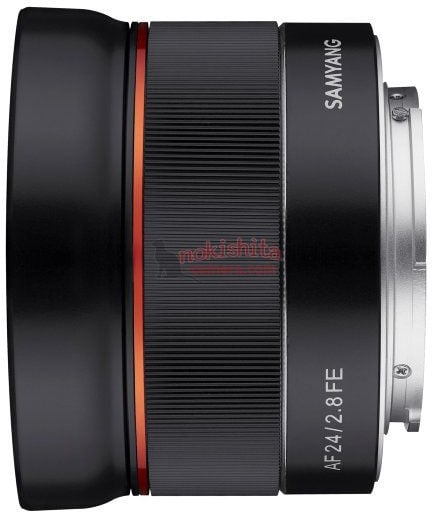 There’s no word on when we’ll hear an official announcement. So, obviously no clue as to price or availability. But with the Sigma 24mm f/1.4 Art available for $849, a relatively slow f/2.8 is going to have to come in at a very low price in order to compete – even if it is much smaller than the Sigma.

And it’s possible that it will. It looks very similar to Samyang’s 35mm f/2.8 FE if the images above are to be believed. That lens currently sells for $299, so chances are this one will be similarly priced.

« Zeiss to fill a hole in its Batis lineup with a new 40mm f/2.0 CF for Sony
Paraglider accidentally drops phone from 2,500 feet – the ultimate drop test? »