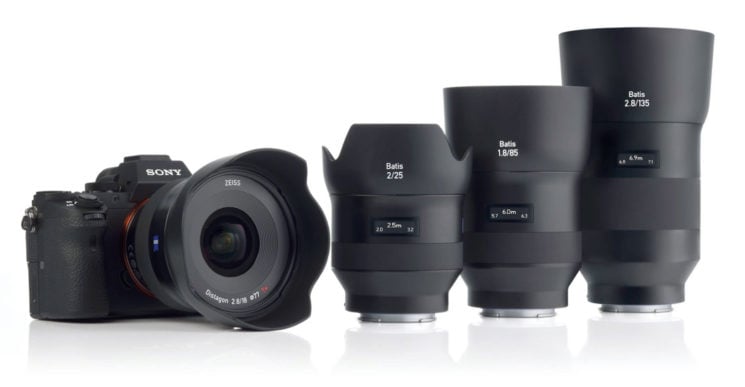 The Zeiss Batis range of lenses for Sony have proven to be extremely popular, especially as Sony has been slacking on producing their own until recently. With the new native Sony FE mount Sigma lenses on the way, though, that may change. Sigma will have quite a few more lenses, and Zeiss still has a couple of holes in its lineup. But it’s planning to fill one of those with a new 40mm f/2.0 lens, according to Nokishita.

The new lens will be the Zeiss Batis 40mm f/2.0 CF. Nobody’s quite sure what the “CF” stands for, but SAR believes it may mean “close focus”. And while it does focus fairly close, at a mere 24cm, it doesn’t seem all that close to me compared to similar focal length lenses for other systems. Maybe, though. I guess we’ll just have to wait and see.

But the specs so far from Nokishita…

So far there are four lenses in the Zeiss Batis lineup, so this would make a fifth, rounding off the collection quite nicely.

I still think there’s possibly room for maybe a 58mm in there, though.

There’s no word on exactly when an official announcement will come, nor the price, but looking at the existing lineup, I’ll bet it’ll be somewhere between $1,200 and $1,400).

Zeiss unveils an 18mm f/2.8 Batis lens, the third in its E-mount lineup