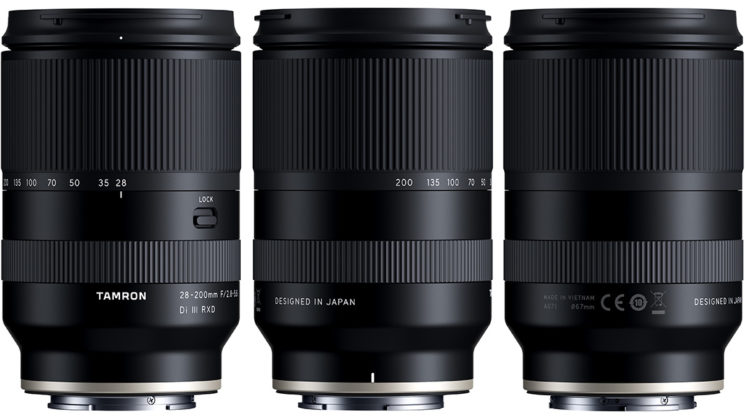 Last week, leaked images revealed the looks of the upcoming Tamron 28-200mm f/2.8-5.6 lens. It’s rumored to be announced this week, but thanks to a leaked flyer, we have the specs ahead of the official announcement.

Tamron promises good control of aberrations and edge-to-edge sharpness throughout the zoom range. Additionally, even though the lens covers a wide focal length range, it’s relatively lightweight and compact. Here are the specs:

Just like John assumed, the upcoming Tamron 28-200mm f/2.8-5.6 Di III RXD will only be available in Sony E mount, at least for now. We don’t have more info on the pricing yet, but the official announcement is expected this week, so I believe that we’re only days away from learning more. In the meantime, you can check out the flyer here.