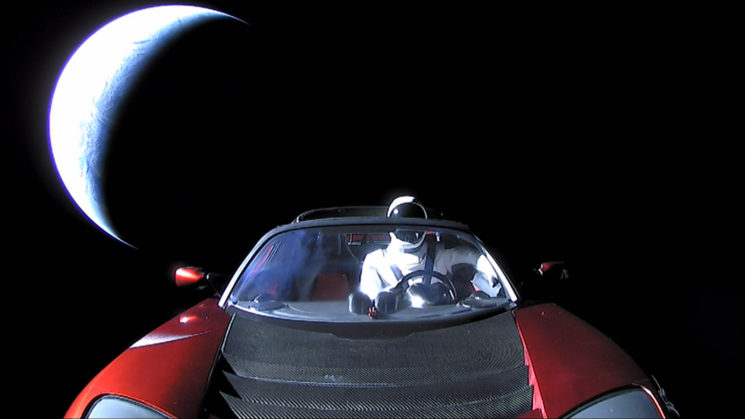 On Tuesday, “Starman” in a red Tesla Roadster was sent to outer space. SpaceX has shared some of the photos and videos of the historic Falcon Heavy launch, and yesterday, Elon Musk has shared Starman’s last image.

In the photo shared on Instagram, Musk wrote: “Last pic of Starman in Roadster enroute to Mars orbit and then the Asteroid Belt.”

The epic launch has been the main news for the past couple of days, and it’s estimated that over three million people followed the live stream. With David Bowie’s Space Oddity on repeat, “Starman” was sent to its journey into space.

As TechCrunch reports, Musk said on Tuesday that batteries for the cameras were only expected to last about 12 hours. After that, Starman will just be out there in space “for maybe millions, maybe billions of years.” He adds that it might be discovered by some alien race that will most likely wonder what that strange thing is. Until it happens, we’re left with some amazing shots and videos of the historic launch. 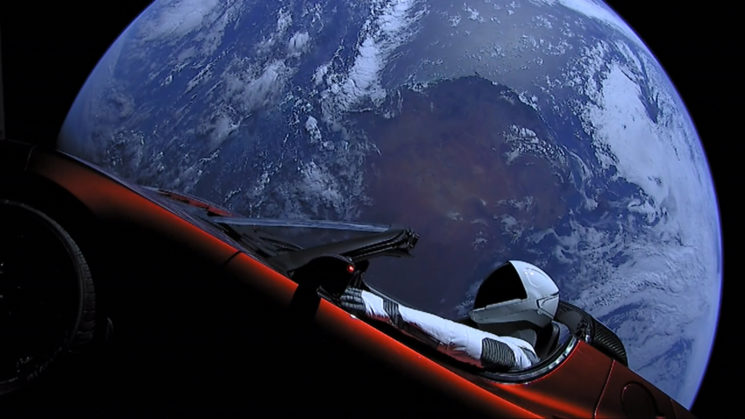 Tesla Roadster in space has inspired hilarious photo-manipulations. Here are some of them