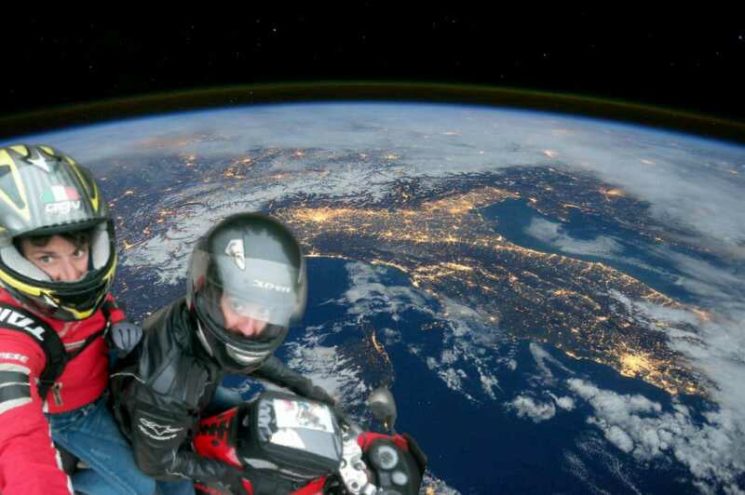 The launch of SpaceX’s Falcon Heavy has caused plenty of reactions all over the world. The epic launch has made many of us stand in awe and the photos gave us goosebumps. But, just like all major events, this one has also made many people inspired for creating memes and parodies. My Facebook feed has been flooded with hilarious photo manipulations today, and they’re mainly Slavic (which in my opinion makes them even funnier). I’ve decided to share a couple of them with you, and I hope to bring a smile to your face.

A page I follow, Slavorum, shared this image. It was the first thing I saw this morning when I opened Facebook, and it was a good start of the day:

I shared Slavorum’s post, and Zach Smidt cleverly noticed that “it must be fake because Starman isn’t wearing an Adidas tracksuit.” Apparently, someone else noticed it and posted the real photo of Starman in a Lada.

Serbian portal Njuz.net (similar to The Onion) has shown in a photo that Serbs also have a car they can send to outer space. So, here’s a Yugo in space. Take that, Tesla! 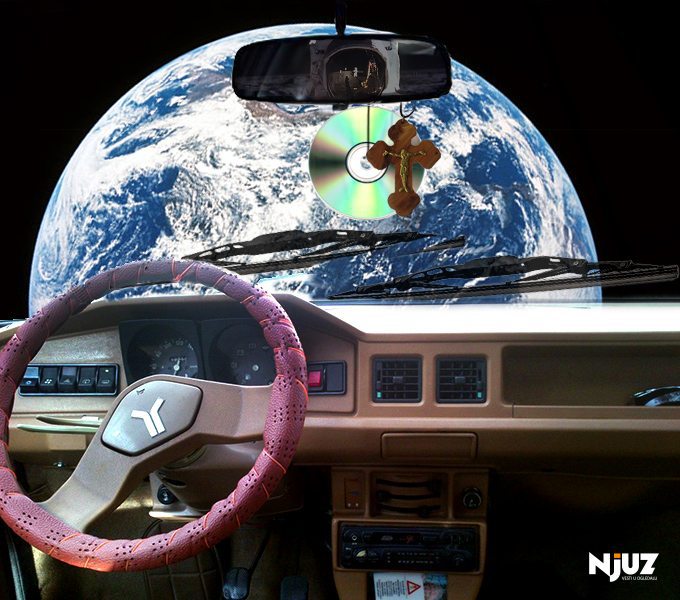 Trivia: in Serbia, a cross and a CD are common on rear-mirrors. Image credits: Njuz.net

I browsed through Slavorum some more, and it just kept getting better and better.

Just like it was the case with the Moon landing in 1969, there are people who suspect that the photos are genuine. It’s all staged, staged I tell ya! So, someone played with this conspiracy theory a bit and turned into a clever photo-manipulation.

My two friends, Bojan and Jelena have shared their creations on Facebook, too. This is them chasing after Starman on their Suzuki motorcycle:

And here’s Jelena on a tractor, maybe she’ll bring us some potatoes from Mars: 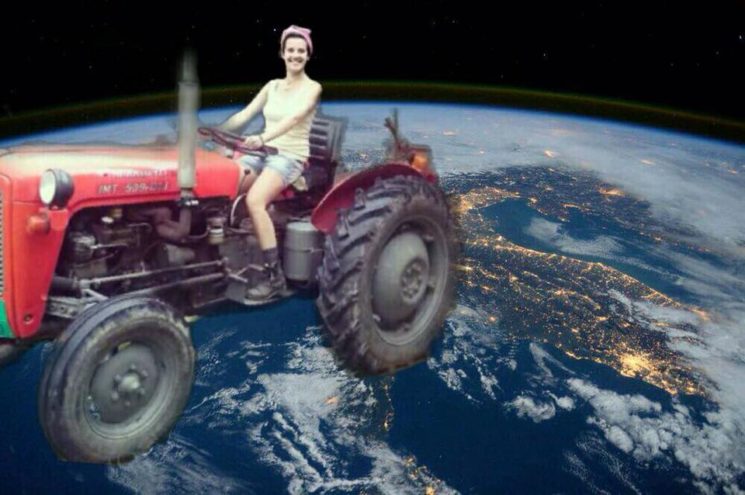 Last night, when I finished writing about Starman’s last photo, I was under a great impression. Suddenly, I remembered a photo of me my brother took a few years ago. 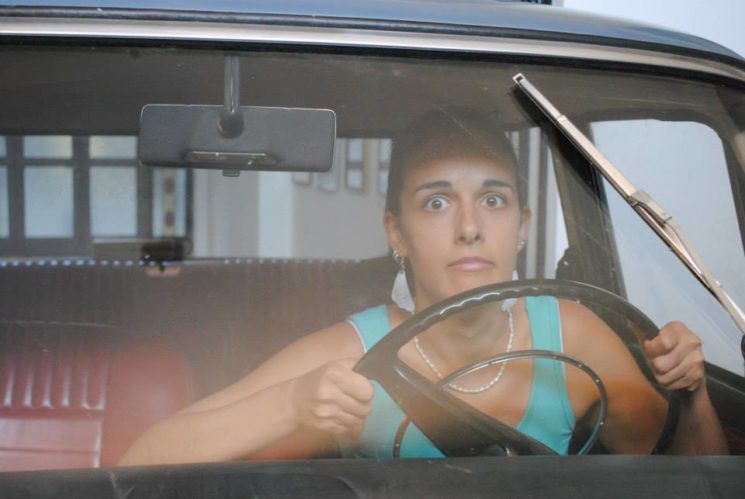 I downloaded the photo from my Facebook album and had some fun with it. The only hilarious thing here is my horrible Photoshop skills, but hey, at least I had fun. : ) So, for the end, here’s my version of Starman-inspired photo-manipulation. 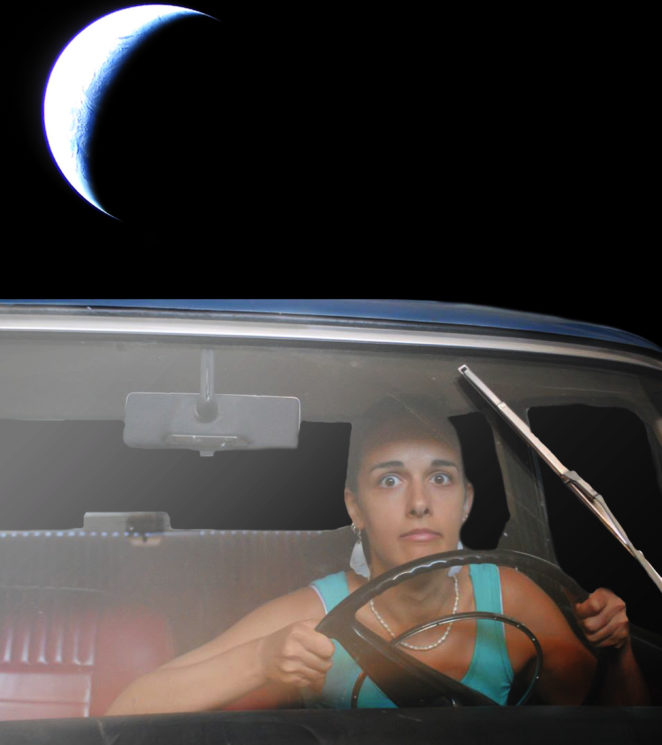 Have you seen any funny photo manipulations inspired by the famous red Tesla Roadster in space? Or maybe you’ve made your own? Feel free to share them in the comments below.