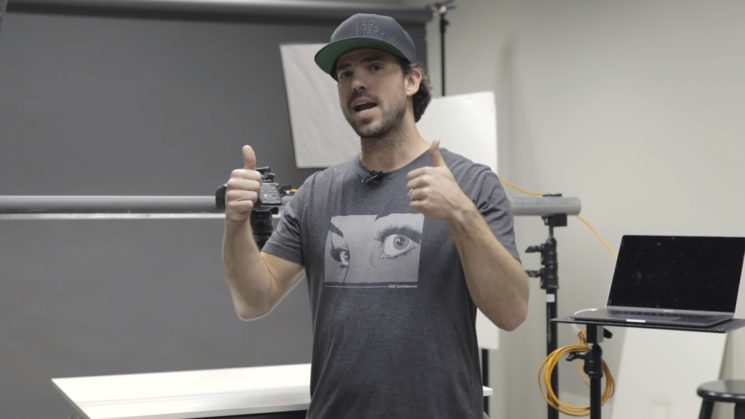 There must be at least 3 million different ways to mount an overhead camera rig. Seriously just look at how many we’ve already covered here on DIYP. But there’s always room for more, especially when they set things up a little differently. And even more so when they’re designed for much larger sets than those we might typically be used to. And in this video from commercial photographer Tony Roslund, we see just how to build one for that larger set using a couple of light stands, a few clamps and a pole.

In his studio, to get an overhead camera, Tony often uses a Foba studio stand with a ball head attached. But, as he says, not everybody has 10 grand to spend on a camera support. It’s also not exactly the kind of thing you can lug out on location, weighing in at a little over 210lbs. So his lightweight & mobile solution is quite simple.

All you need are a couple of C Stands, with a super clamp on the top of each. Then a length of 2″ diameter EMT conduit is clamped across the two stands, held in place by the two super clamps. This conduit is made out of aluminium, and Tony says he cut his piece down to about 6 feet (a little under 2 metres) to make it a more manageable length.

A third super clamp with a camera mount bracket is clamped onto in the middle of the conduit crosspiece to which the camera is attached. Instead of the camera mount, you could also attach a ball head. 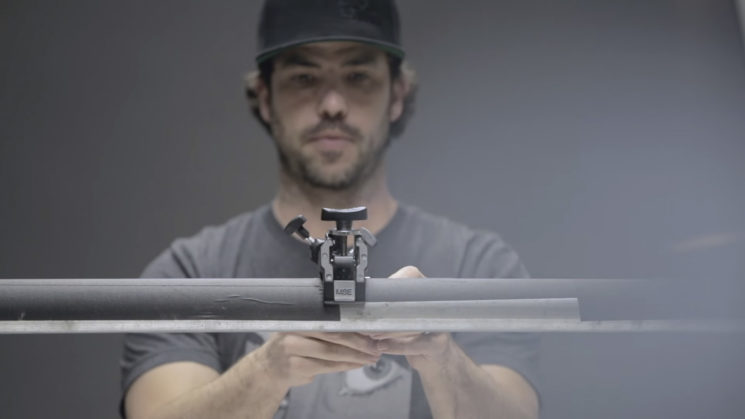 The beauty of this setup is that you can raise it up very high (as high as your stands are tall) and there’s plenty of room to work and move around underneath it. And, because the light stands are at the ends of the pole that holds the camera, they don’t easily appear in the shot. Perfect if you want to get an overhead shot of a complete table, or photographing rugs, for example. 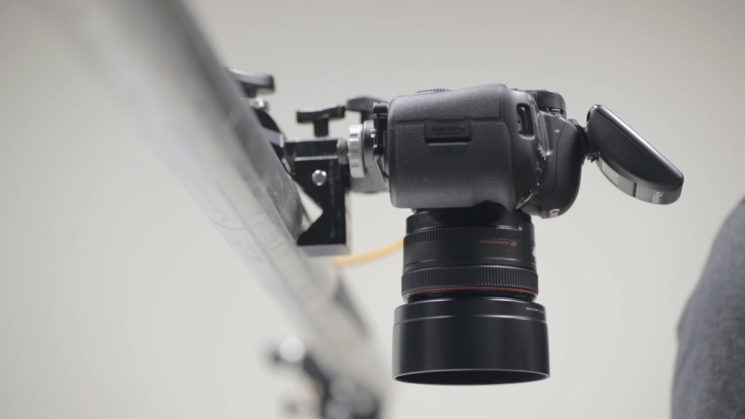 When the camera’s this high, obviously you’re not able to stick your eye up to the viewfinder. If you’re shooting video, you can usually just feed out HDMI to an external monitor. Or, connect over Wi-Fi with various apps that are available for different cameras. For stills, Tony tethers via USB cable to Capture One so that he can monitor the scene and compose the shot using live view, and then hit the shutter when needed.

If you don’t have C Stands, and such, you could always just use a backdrop stand – which is basically two heavy duty light stands with a pole going across. But, do be careful. That kind of setup is going to tip a lot more easily than Tony’s if somebody accidentally bumps something.