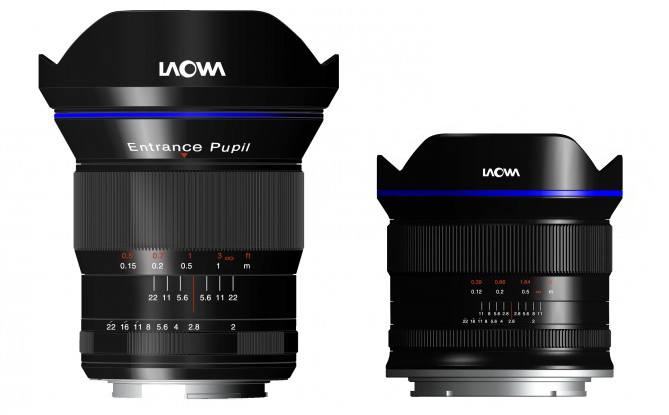 What is it with all these “world’s firsts” lately? It almost seems like companies are trying to outdo each other for an ego stroke, no matter how ludicrous their announcement may be. Well, now, it’s Laowa’s turn. Again.

The first new lens is the 7.5mm f/2 for Micro Four Thirds cameras, the widest f/2 lens ever designed for MFT. The other is the 15mm f/2 FE Zero-D for full frame cameras. It’s another lens in the “Close-to-Zero Distortion” lineup and the world’s fastest 15mm rectilinear lens for full frame. I wouldn’t get too excited, though, it’s only available in a Sony mount.

I wouldn’t expect this one to become available in other mounts. According to the press release…

Designed specially for the Sony Full Frame Mirrorless cameras, Venus Optics has successfully controlled the size and weight of the lens to the minimal. Weighing less than 1.1 pounds (500g) and 82mm in length, the portability and compactness of the Sony E-mount Mirrorless cameras can be maintained when used with the Laowa 15mm f/2 FE Lens.

Third party manufacturers designing for specific brand systems can be a gamble. They do get to optimise the lens for that system, but at the expense of potentially alienating potential future customers with other brands.

Awesome for Sony shooters who want to pack light, though.

For those shooting micro four thirds cameras, now you too have a fast ultrawide lens you can tote around. It’s also super lightweight, at only 170g. You won’t get quite as shallow a depth of field as you would with the above lens on a full frame camera. But, you will get the same field of view and wide f/2 aperture.

The extreme 110 angle of view, ultra-fast f/2 aperture and featherweight make this lens an ideal option to pair up with drones for aerial photography.

I have to admit, having been looking into FPV and in-flight video options for drones lately, micro four thirds is starting to look quite attractive.

The Laowa 15mm f/2 FE Zero-D and LAowa 7.5mm f/2 MFT are slated for release in “early 2017”. Prices have not yet been announced. Engineering prototypes will be available to test next week at Photokina, so we’ll be sure to head on over and check them out while we’re there.

It seems a lot of third party lens manufacturers seem to be focusing lenses on specific bodies or brand systems these days. Is this a good or a bad thing? On the one hand, it allows them to be optimised for a specific system, rather than being a generic “one-size-fits-all”. On the other hand, other brand users are going to feel a bit left out, and perhaps put off buying future releases for their systems. What do you think? Let us know in the comments.

« TetherTools wants some CamRanger action, launches Case Air wireless tether at half the price
Canon EOS 5D mk IV is the best of Canons (but still behind Sony and Nikon), DxOMark says »