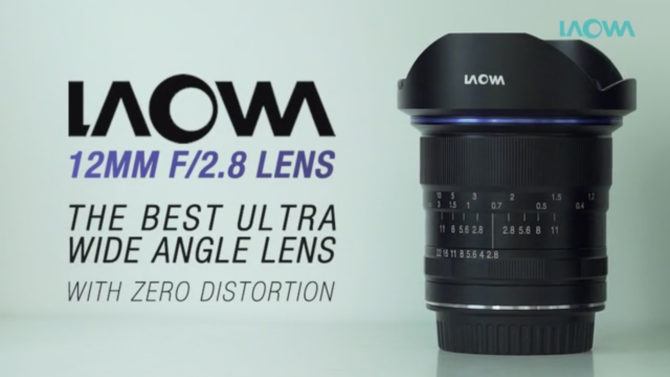 Ultrawide angle lenses are practical and fun. Almost every landscape, architectural, wedding or event photographer has one, as do many filmmakers. I have one, too. The problem with most of them, though, is barrel distortion. Usually, the wider the lens, the more of it you get.

You can fix Barrel distortion in Lightroom, but it’s easier if you don’t have to deal with it at all. The new Laowa 12mm f/2.8 Zero-D from Venus Optics uses 16 elements in 10 groups to eliminate barrel distortion almost entirely.

Venus Optics are starting to develop quite a good reputation. Their 15mm f/4 perspective control macro lens for Nikon, Canon and Sony has received some fairly glowing reviews. It still has its shortcomings, but it’s still a solid lens. Their 105mm f/2 portrait lens also received positive thoughts.

Hailed as “the world’s widest f/2.8 lens” for full frame the 12mm f/2.8 Zero-D does seem pretty impressive. Of course, it doesn’t hold that top spot alone. Samyang make a 12mm f/2.8, however that’s a fisheye lens. So, it’s aimed at a very different type of photographer.

The first thing that struck me about the 15mm f/2.8 Zero-D is the size. It is a manual focus lens, though, so I shouldn’t be too surprised. Not having to house AF motors or image stabilisation is a huge space saver. 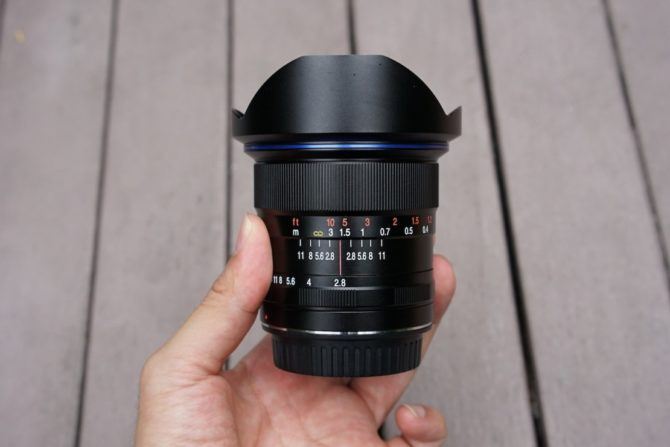 Photographer Nicky Bay got his hands on one of these lenses and put this video together. Looking at some of the night shot examples, it could certainly become a winner with astrophotographers.

The Laowa 12mm f/2.8 Zero-D was launched via a Kickstarter campaign. Within 30 seconds of the project going live they hit their $10,000 goal. It has already received over $250K with 28 days left to go.

At the time of writing, the lowest price you can pick one up for is $799. You’d better hurry, though. With the speed at which these are selling, that price won’t be around for long.

Expected to retail for around $950, the lens should start to become available in September. You can find out more about the Laowa 12mm f/2.8 Lens on the Venus Optics website.

Is one of these going on your shopping list? Have you already bought one? Or do you just not use ultrawide lenses often enough to justify the cost? Let us know in the comments.