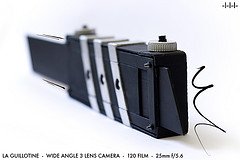 Steven Monteau, the out-of-this-world-designer who created the Battlefield Pinhole Camera (and the amazing bokeh video) is back with a new camera the Guillotine (A.K.A Adidas) Camera. It is a homemade camera that creates actions sequences, in a fashion very similar to the Lomo Super Sampler (only better). It does so on 120 film and with great fineness.

Steven was kind enough to share how this camera was built. I am not really sure if this goes into the crazy or genius category.

Check his other photographic inventions on his Flickr stream and his bi-lingual blog.

A fully homemade camera, but not a pinhole camera … An ACTION camera!

The goal -> taking 3 successive ultrawide pictures in a row on a big a-s 120 roll film.

This tutorial, just like the Battlefield tutorial is made from text, movies and images, we used whatever was more appropriate to convey the needed info. Don’t hate us.

This is a breakdown of all the different elements that build the Guillotine. You can use this list as a companion to the actual
instruction. It will help you understand what are the different
functionalities that each part provides. It also opens a small window
into the head of Steven. [At this point in time, though, I think you should be careful not to get sucked in, UT] 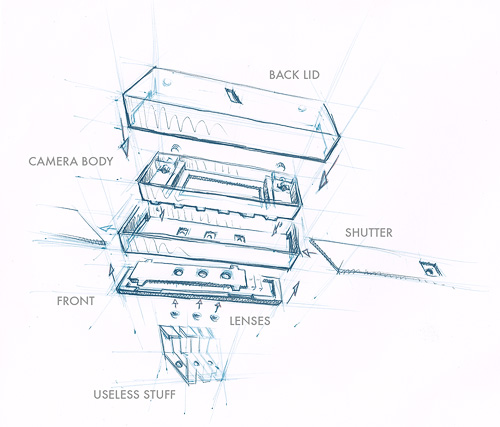 The main body of the camera is the system that provides the camera enclosure. Aside from providing a light blocking chamber it should also provide a place for the unexposed wounded film, and a place for the empty receiving spool.

Some knobs to Wind Up The Film

As with any film camera , you should have a winding spool, and this camera can have an optional rewinding spool (it is optional , as you don’t have to rewind the film with 120-medium-format)

The shutter is a manual /mechanical shutter. And a superfast one at that – my hand. 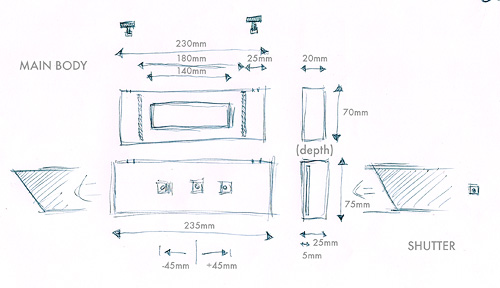 The sliding front facade is used to put the camera in “off mode” – it will block all the holes in order to avoid accidental exposures or light leaks. 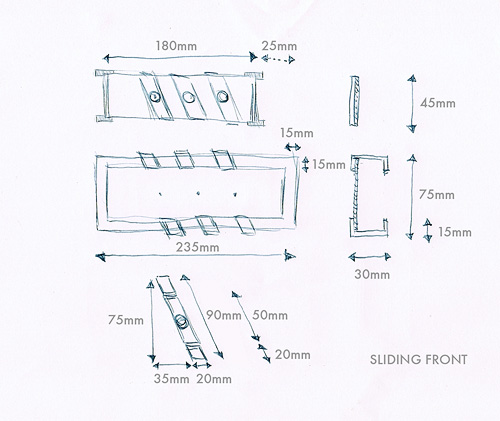 To make this camera ultra wide photographs, I’m using cheap plastic meniscus lenses from disposable cameras. Their field of view is quite standard for 35mm film, but in front of 120 film it turns ultrawide. 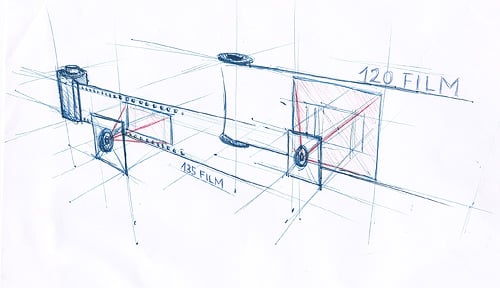 The back lid is a cover made for closing the camera securely, avoiding light leaks, and pressing on the film…

… with a frame-counter on it

The frame counter is a red window, allowing to see the indications of the 120 film backing paper, without letting too much light to enter. Since this camera is not a standard product, there is no way I could keep track on film usage without this little window. 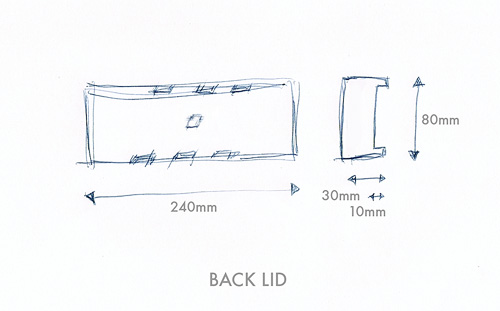 shake shake shake, and voilà, an exploded diagram of the camera. Yea, it was featured at the beginning of this post, now it makes more sense.

The main body is build from a cardboard calendar. It is pretty thick, if you don’t have a old calendar for that end, you can use heavy construction paper or foam board. Black is optimal for that.

The thin stuff like the mechanisms is built from plastic calling cards. Credit cards will work too.

The wind & rewind spools are made from felt-tip pens.

The red window (frame counter) is made from a piece of divider material. (you know, the colored things meant to organize school folders). And the knobs are made from bottle caps.

Tools (Again, those will look familiar if you’ve seen the battlefield)

To cut, to drill, to mistreat materials you will need scissors, cutter (no saw) and an xacto knife.

To fit the stuff together, use super glue to group the cardboard pieces and use Epoxy Glue (like araldite) to fix materials subject to constraints (especially the tripod mount & the knobs)

the first step is to prepare the main body. Trace the body on your desired construction material and make the cuts.

You may notice that it is hard to bend the cardboard on the sides. For this you can make a shallow cut that does not all the way through. 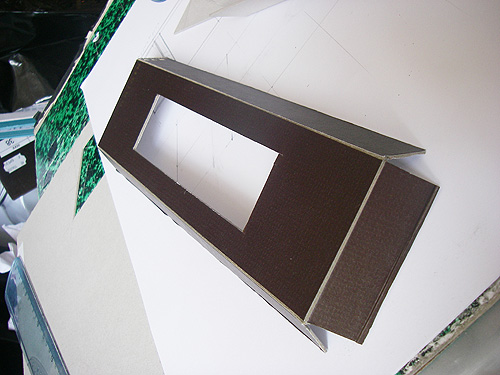 Now that you have the main body, you’ll wanna cut the shutter rough shape. The video below will help you understand how the shutter/body assembly works. It will also help in understanding how the action mechanism of the camera “triggers” three different photographs in such a short time.

The main body and the shutter work like a box to create a sealed
container. 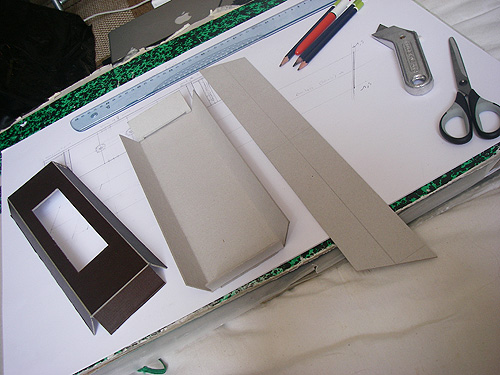 The next part may look kinda tricky especially if you have never dealt with the math behind focal distance. Actually it is quite simple. We are going to adjust the aperture to f/5.6 (it’s a perfect “normalized aperture” to fit the most situations possible).

Here is the math involved:

So inside of each lens square, you need a 5mm round hole to “stop down” the aperture. Kinda similar to the stuff we saw on the DIY lens post, only there we introduced “stopping discs” inside the lens. 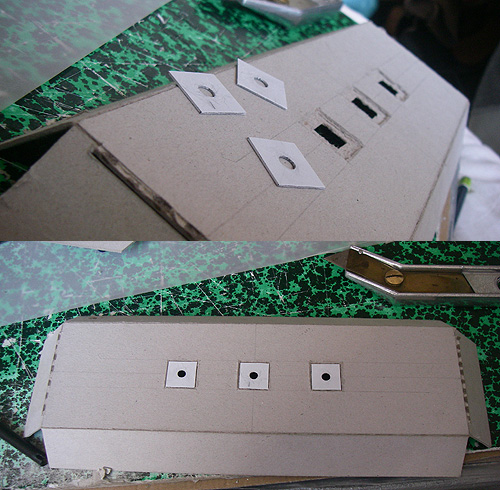 The sliding facade is a strip of cardboard with three holes to match the three holes on the shutter mechanism. It is used to “lock down” the camera and block the three lenses. 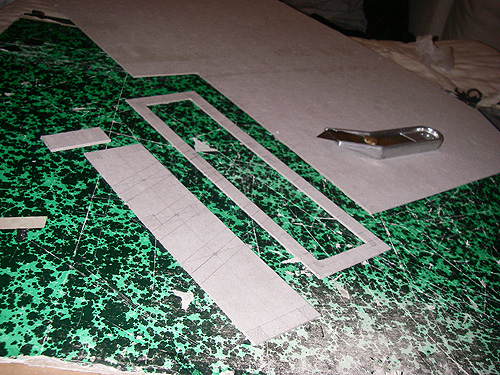 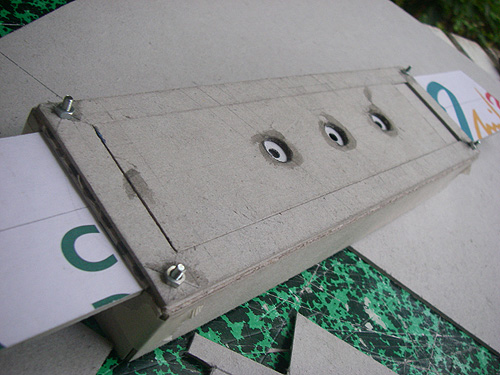 notice how there is some space left on the far side, this is exactly the space that allows the facade to slide from the locked to the unlocked position.

To keep the facade in place and still allow for left/right sliding movement, the facade is pressed down by the top frame. The three Adidas stripes are for decorative purpose only. 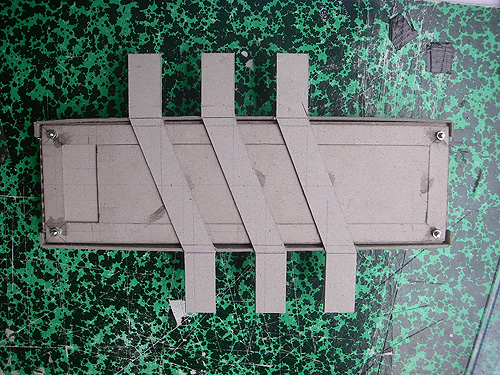 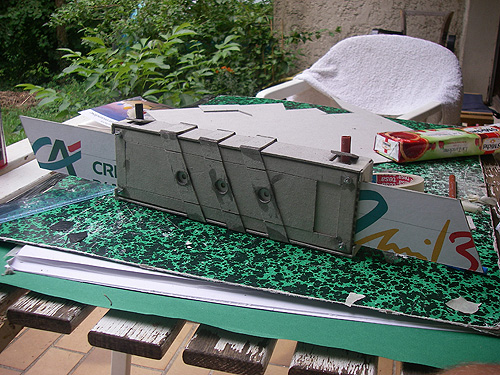 Well in fact, the 3 decorative stripes are useful, they contribute to hold the back lid. Wait! A back lid ??!! Here it is:

The back lid, seals the box and provides a small window to track the advance of the film 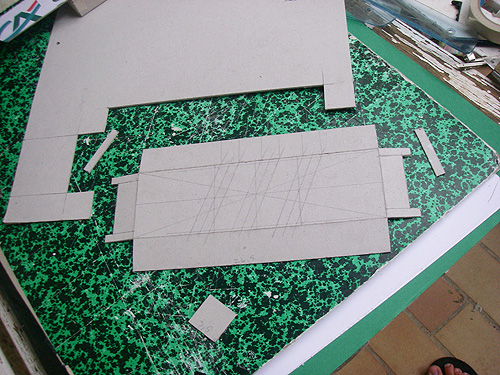 You may need to add several layers to press on the back of the film, without forgetting the window for the frame counter. 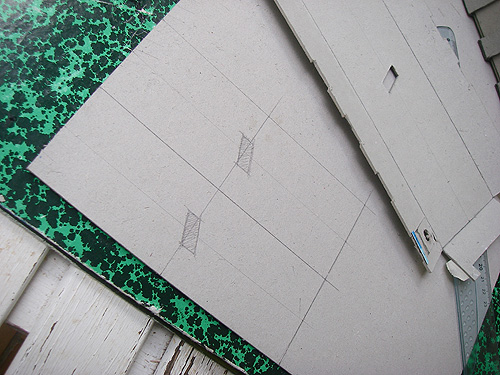 To advance the film, we are using the famous “felt-tip-pens wind & rewind spools”, they are similar to the ones shown in the Battlefield tutorial, check it out to learn how they are done. Here what you should end up with. 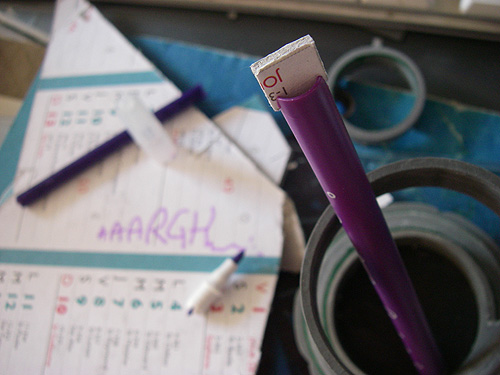 Apply a first coat of Primer, it helps smoothing out the surfaces, it also helps to avoid light leaks. 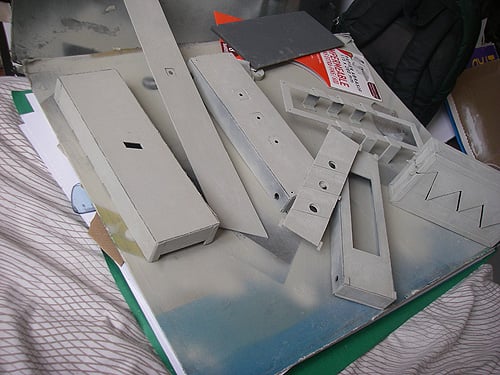 As far as painting goes, the only useful / functional paint is the matte black into the photographic chamber, it removes reflections and “eats any lights that accidentally goes into the chamber”. The supacool shiny chrome is just for the win, 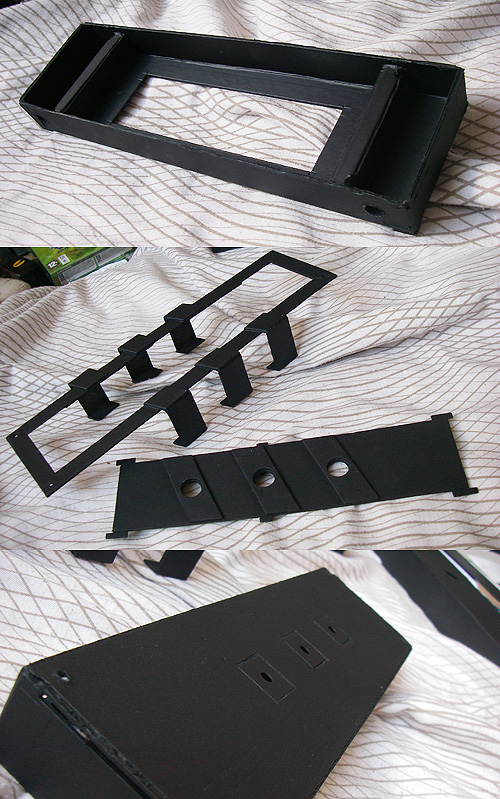 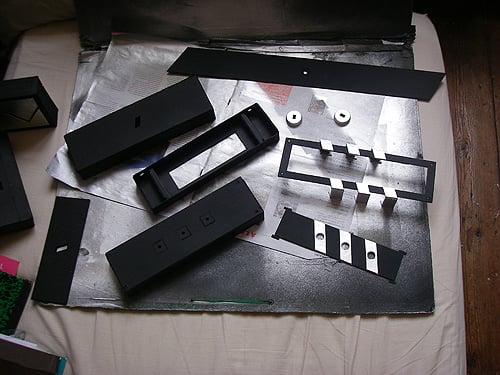 Now Let’s Put Some Lenses On That

It is a sad thing, but a three disposable cameras had to give their lives for the Guillotine. Considering what the “real” Guillotine did, I figure this is a small price to pay. 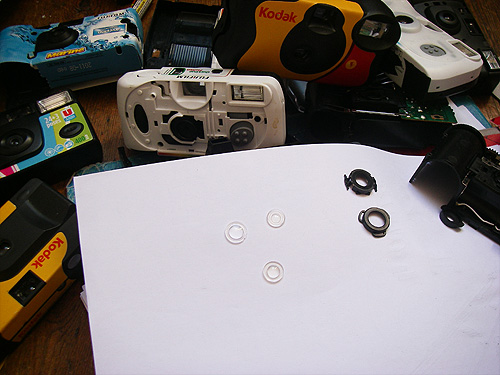 Then transplantating their little plastic eye. using some glue. You can preview the result by putting tracing paper in place of the film (which is what I did in the film below).

Here is how the camera works. Swipe and swipe back. Just like a photographer’s credit card in the  in the B&H Super Store.

Just before leaving you with some stunning images, I would like to show the difference between the 120 film used on this baby and the “regular” 35mm film. Just so the size difference is clear. 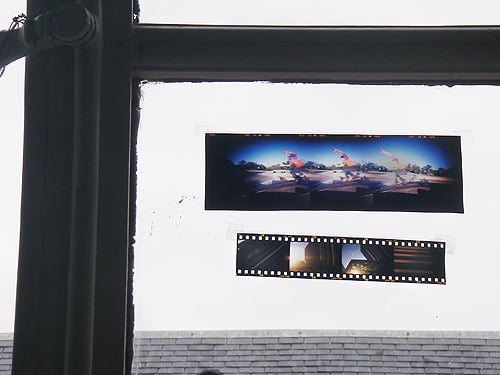 Of course, the added size and the laws of physics enable a few nifty things that are harder to achieve with a 35mm film. Firstly, as mentioned above, it is easier to get a wide angle lens with bigger film. In this specific case it makes the 35mm lenses from the disposable cameras to act as wide angle. Secondly, it provides more resolution than the typical 35mm film, simply because it has more grains.

The best way to view the output of the Guillotine  is to convert them into animated gifs. You can click the images to see the unedited versions on Steven’s Flickr.

If you’re just crazy enough to try and build one of those, let us know in the comments.

This film student shows Adidas how their commercials should be made

I made a DIY large format guillotine shutter