I believe most of us snap selfies from time to time. And we mainly forget about them as soon as we post them on Instagram (and so do others). Some of us take self-portraits as well, to express an opinion, depict our emotions, or because we simply lack another model at the moment. Johnny Tang, a Brooklyn-based fine art photographer, brings self-portraiture to a new level. He creates self-portraits you are not likely to forget any time soon. He clones himself numerous times in a single photo – but he does it by shooting on 35mm film.

As Johhny explains on his website, “’World of One’ is about the grey areas of life, and draws much of its inspiration from the kinds of conversations we have with ourselves.” The project is about getting to know yourself, confronting your emotions and exposing the different aspects of the same personality. 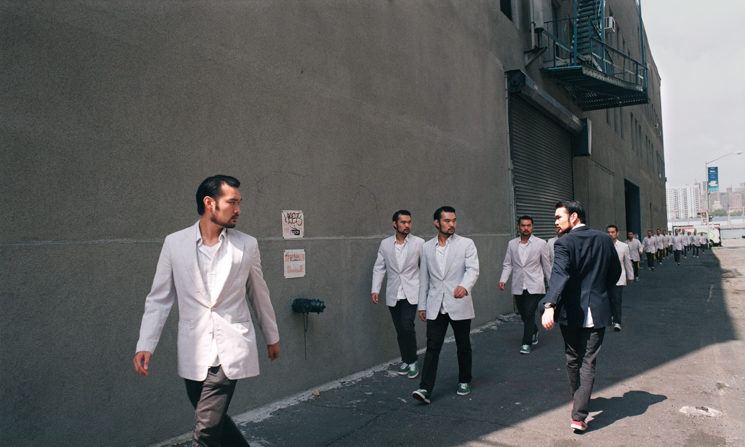 He draws inspiration partly from Asian traditions, partly from Western philosophy. This way he expresses both sides of his origins, Asian and American – which adds another dimension to duality of his self-portraits. He chose to shoot film because the colors of analog photographs remind him of his childhood.

Sometimes his creative process starts from a clear idea and message in mind. On other occasions, he has the idea of the photo and lets the meaning emerge from his subconscious. In the post about the process of making, he describes his work this way:

I want the artwork I make to appeal to the viewer on multiple levels. I don’t just want my work to be interesting to look at; I want it to be thought provoking and/or emotionally moving as well. Held in balance between eye candy and mind candy is where I want my work to live, and my working process is constantly struggling to find that balance.

One of many things I find interesting about this project is that Johnny combines analog shooting with digital editing. It’s not new, but in his case, both parts of the process are very time consuming. From preparation, through taking all the photos and then the processing, it all takes a whole lot of work and effort.

He usually starts by taking some notes in a sketchbook. When he goes out shooting, he has a help of an assistant. Johnny prepares all the shots on a tripod and takes test shots with his digital camera. When he sets up the analog one, the assistant presses the shutter. It usually takes him around 5 rolls of film to feel confident that he can complete the composite he had in mind. 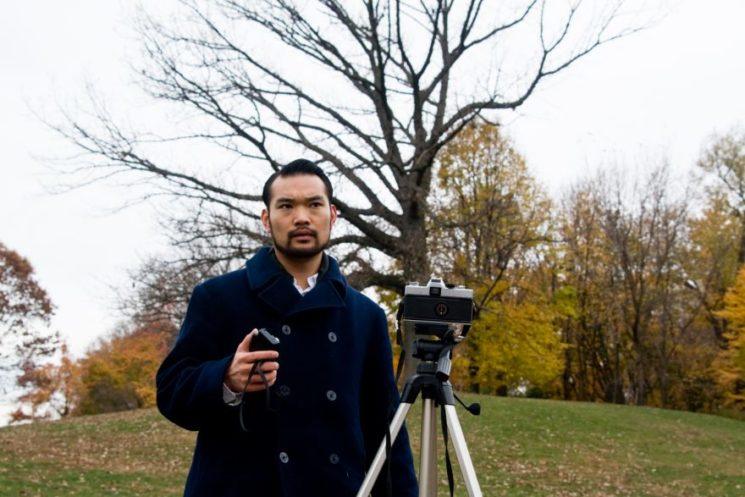 After this is done, he takes the film to the lab for scanning. Then he imports all the images to Lightroom, and the other part of the process begins. It takes hours of masking and cloning to get the desired results, and this is when he chooses how many “Johnnys” he will keep in the image. 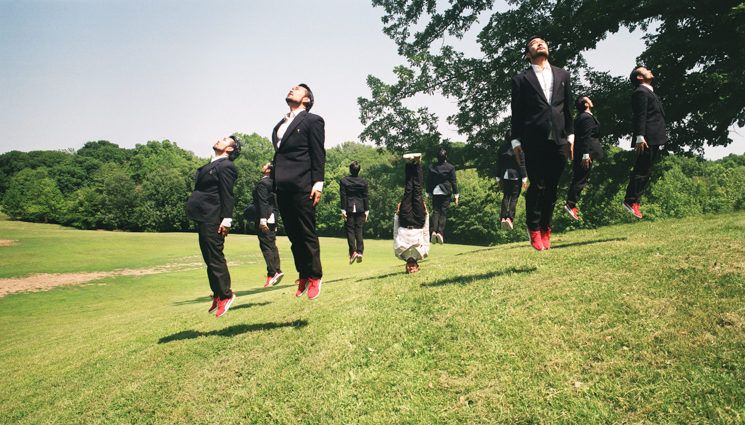 What he gets from this process are the photos which look completely realistic, yet surreal at the same time. In addition, they are eye-catching and powerful. I my opinion, in most of them it’s like you can feel the artist’s emotions, thoughts or personal struggle he had at the time of making. You can see more images below: 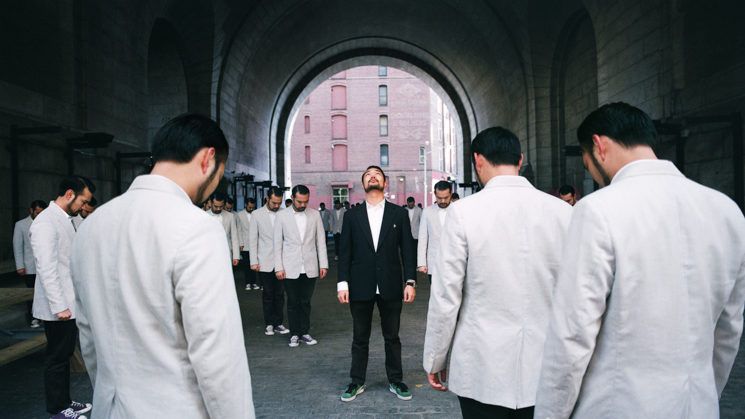 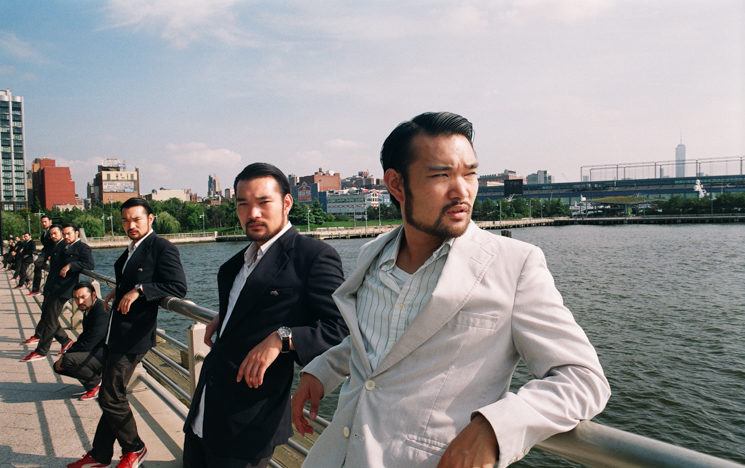 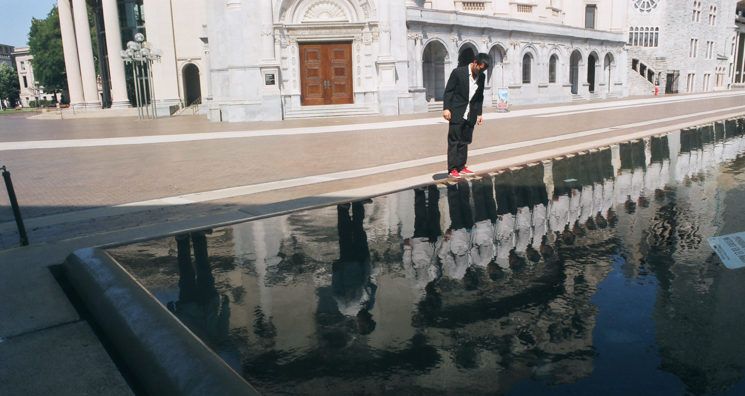 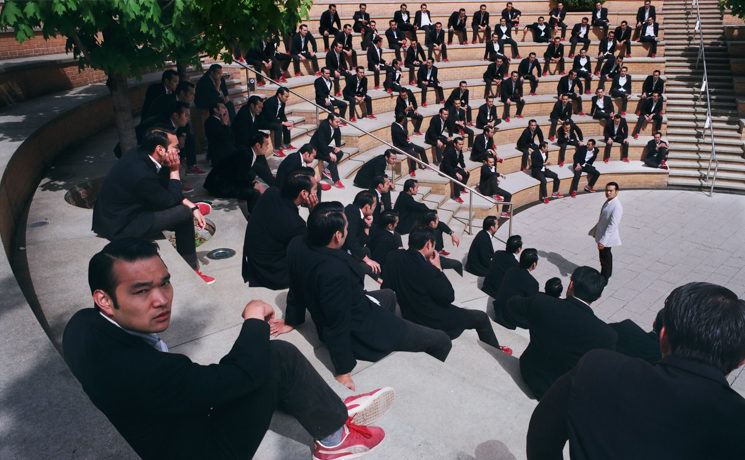 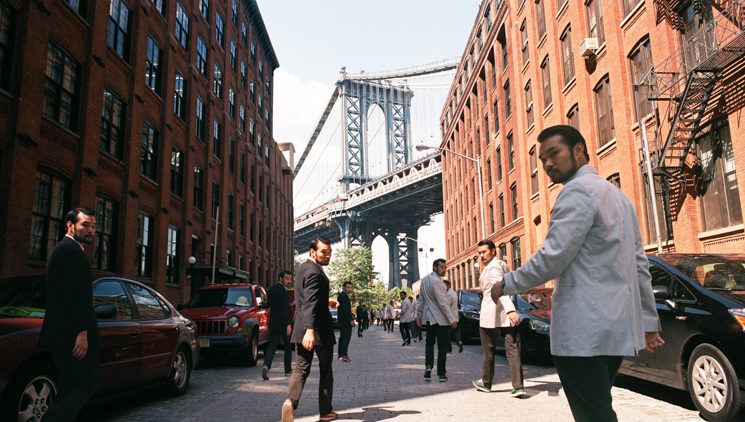 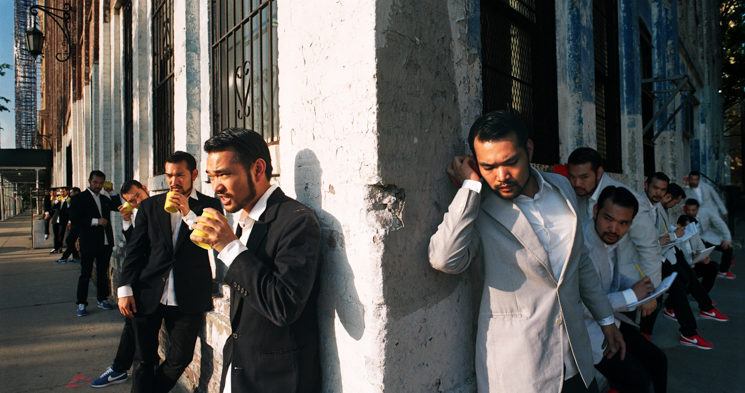 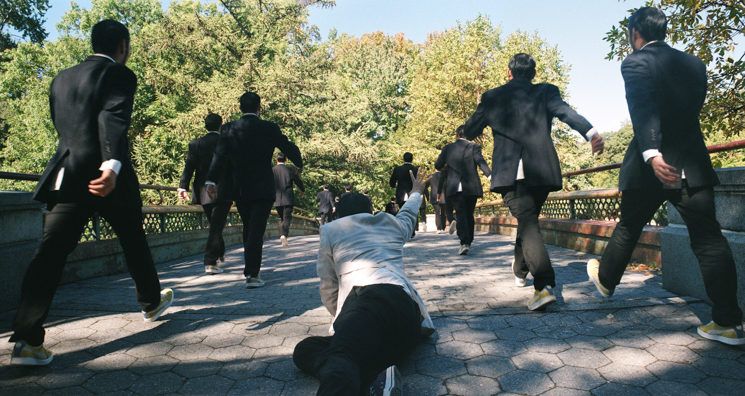 Although Johnny’s self-portraits take a lot of time, he creates something that definitely leaves an impression. And as you see from the results – it’s all definitely worth the effort.

You can see more photos on Johnny’s website, where you can also learn more about the process of making and see his other projects.