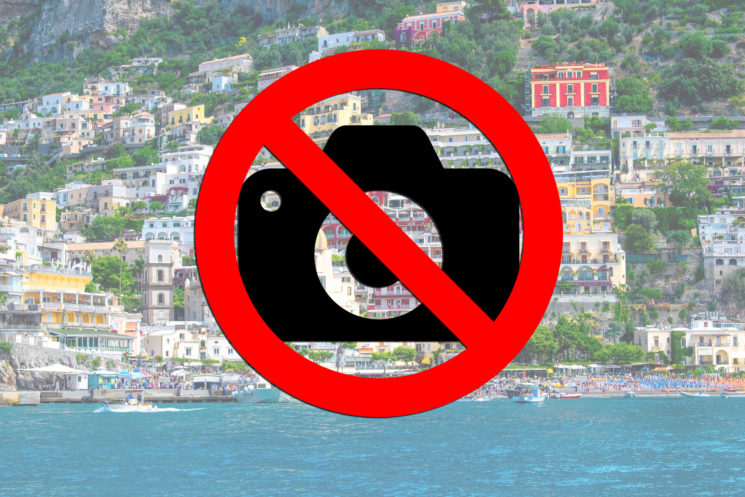 The picturesque town of Positano in Italy is one of the most popular photography destinations in the world. But, if you’re planning a visit and taking photos for commercial purposes, be prepared to pay a pretty expensive fee.

Starting from mid-November, the municipality of Positano is imposing a €1000 (almost $1200) of tax for all photographers who want to capture the town’s panorama for commercial purposes. It will be even worse for videographers, who will need to pay €2000 for the shooting permission.

From now on, anyone who wishes to take photos of Positano will have to submit a request for permission to the municipality at least 30 days before the shooting begins. For emergency requests, you’ll need to pay 50% more.

The mayor of Positano, Michele De Lucia, says the decision wasn’t made to make money. As Repubblica writes, the mayor explained that this is the way to filter out the commercial shoots associated with the town. According to him, not everyone should be able to tie their brand to Positano. He adds that this is also the way to control the territory, because the improvised photo or video sets often stop the pedestrians and cause discomfort or even bickering. According to Il Giornale, the town will also forbid the use of drones, which will limit the photographers and videographers even further.

You’d think that €1000 and €2000 is a bit much for a photo or video permit? Well, according to the mayor of Positano, these figures are “symbolic.” As quoted in Repubblica, the mayor said that those who exploit the image of Positano should pay 50,000 or 100,000. It really is a beautiful town, but come on.

Fortunately, there are certain exceptions to the new rule. Amateur photographers (or just those who don’t use images for commercial purposes) won’t have to file for the permit. I guess this includes tourists too. The tax also doesn’t apply to television programs, magazines, newspapers and documentaries. Since Positano is a popular wedding destination, it’s good to know that municipality will grant you the permission – but only if you file for it at least ten days before the event.

I found an interesting piece of information in Il Giornale’s article, saying that those who don’t obey the rules will have to pay up to €500 fine. If this really is the case, then the entire “photography tax” is completely meaningless, considering that the fine is two to four times lower than the actual permit.

This isn’t the first time a public place requires a photography permit. For example, the City of Laguna Beach requires you to pay from $100 to $590, depending on the type of the shoot. Some places even banned photography completely (either for real or as a joke). So Positano is now one of the places following the trend. I don’t know Italian laws and if this violates any constitutional rights. But even if it doesn’t, I still think it’s just ridiculous to charge €1000 or €2000 for a photography permit. What do you think?