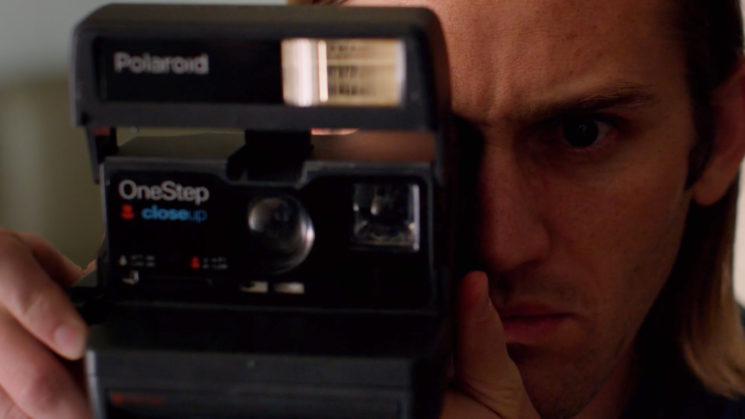 When I first started watching this short film, I thought it was a promotional piece. After all, Polaroid just announced its new OneStep 2 camera a couple of months ago. It was released a couple of weeks ago, so, thinking it might be a Halloween advert to get the word out is a logical assumption to make.

But no, this is the creation of filmmaker Joey Greene and a wonderfully talented, but small, crew of people. It starts off with what appears to be a guy moving into a new place, unpacking his boxes. When he pulls out a Polaroid OneStep, he opens it up and it goes off in his hand. Out pops a picture. So, he decides to have a play with it.

The film, called Polaroid, was actually released on Halloween, but I only noticed it today after it got picked up as a Vimeo Staff Pick. It’s a neat idea, and I’ve seen similarly themed videos based around smartphone cameras over the last couple of years. Although none of them were done quite as well as this.

There’s not much information into what went into the film’s creation, but it was shot on a RED Scarlet W camera using Canon Cinema prime lenses. There was a cast of two, and the crew consisted of only four people. Joey wrote, produced, directed and edited the short.

You can see more of Joey’s work over on his Instagram profile.