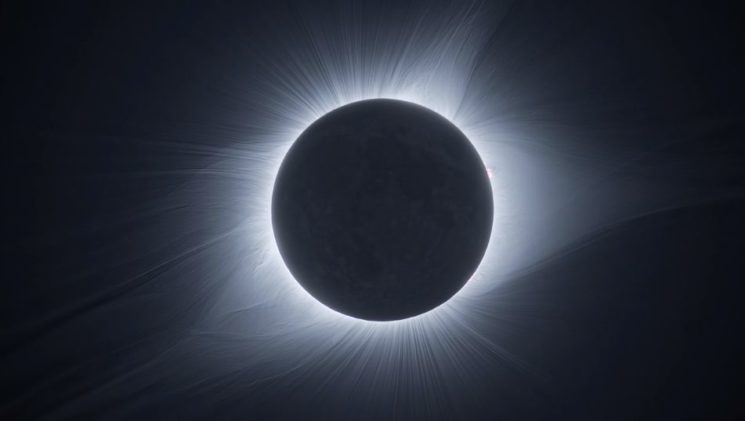 In August 2017, millions of people observed and admired a total solar eclipse. Many of them filmed and photographed it, too. In 2019, videos photos still appear and take our breath away, and such as this video by Phil Hart. It took him almost two years after the eclipse to finish it, and it was definitely worth the wait.

The video is titled The Moon in Motion and it shows the Great American Eclipse from Idaho and the Tetons. It features footage from seven out of twelve cameras Phil used that day. He writes that he was using at least 400 pounds of telescopes, mounts, and cameras. Eight of the cameras were onsite at South Menan Butte, Idaho. The other four were at remote locations which he’d established before the eclipse.

It was quite a challenge to capture the eclipse, especially with the remote cameras. Phil had to hike the 11,100ft summit of Table Mountain three days before the eclipse to plant an automated camera. “The Canon 5D Mark IV reliably churned away at more than three full size RAW files per second for six minutes covering totality and a few minutes either side,” Phil writes. The day after the eclipse, on the hike back up, other hikers told Phil that his camera had fallen over due to the wind. He thought that his effort had been in vain, but he was lucky as the camera captured the eclipse after all.

In a blog post, Phil writes more about how he filmed and put together the final video. Thanks to his busy day job, it took him two years to put everything together and turn it into this fascinating video. But as I mentioned, it was well worth it, as this is one of the most glorious eclipse videos I’ve seen.