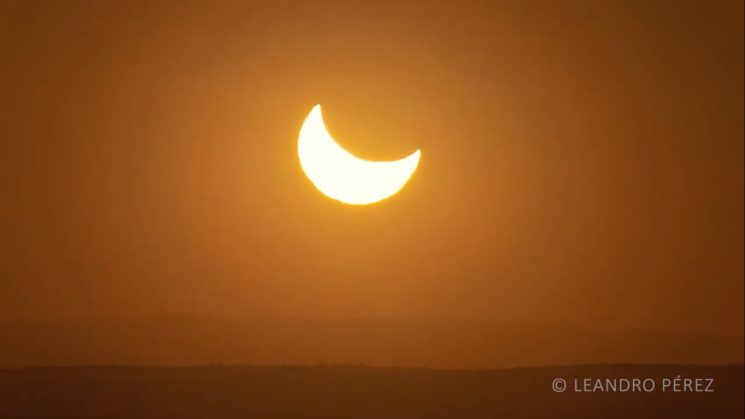 Earlier this month, folks in South America witnessed a total solar eclipse. Photographer Leandro Pérez used this opportunity to shoot a gorgeous timelapse. A la sombra de la Luna (In the shadow of the Moon) is a short video that shows the beauty of the total solar eclipse on that took place 2 July in Córdoba, Argentina.

Leandro had previously shot a total lunar eclipse. However, he realized that shooting the solar eclipse would be something completely different, as he explains on his blog. The moment of totality happens very fast, and it could last much shorter than you’d want. With some help from fellow photographer Colin Legg, Leandro learned a few crucial things, so he was able to prepare and test everything before the big day. He used the NASA eclipses page and PhotoPills for location planning so he could be sure that he would capture the totality.

The shoot didn’t go without its problems. Leandro used his Canon 60D and 6D, and he rented a Canon 5D III as a backup. He wasn’t able to test it before the shoot, and he assumed that he could use it at the same interval as his cameras. As it turned out, that wasn’t the case. His cameras have the maximum interval time of 1 second, but only on the shoot day, he realized that the 5D could only shoot at the 2-second interval.

Leandro took a total of nearly 3,000 photos (2,895 to be exact). After he finished shooting, it took him three days to edit the images and put everything together into a timelapse. Here’s what he used:

Despite the difficulties he had with the third camera, I think that Leandro still managed to capture a fantastic timelapse of the total solar eclipse. He also made a vlog about the whole experience, and you can watch it below. Also, don’t forget to check out more of Leandro’s work on his website and follow him on Facebook, Instagram, and his YouTube channel.