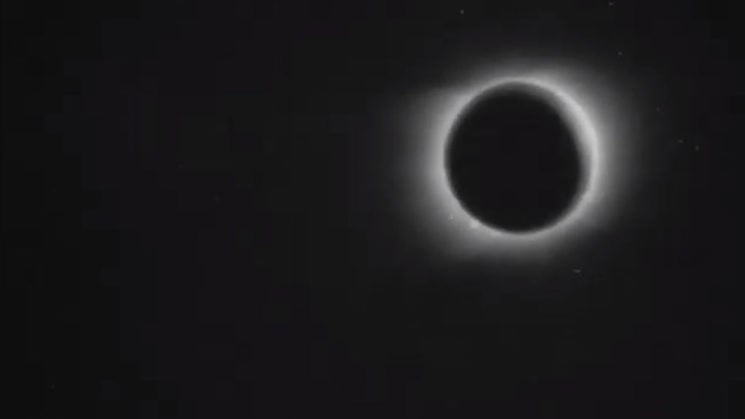 In the 21st century, millions of people got to see, photograph and film a total solar eclipse. With technology so advanced and widely available, in recent years we got to see photos and footage shot from an airplane, a stratospheric balloon and even from space. But what was it like to shoot this phenomenon almost 120 years ago? Thanks to a recently recovered video, you can see the first ever footage of a total solar eclipse, filmed way back in 1900.

A famous British magician Nevil Maskelyne filmed this video on 28 May 1900, while on an expedition by The British Astronomical Association to North Carolina. Back in the day, the gear it wasn’t as easily accessible and versatile as it is today. Maskelyne had to make a special telescopic adapter for his camera himself in order to shoot the eclipse. According to The Royal Astronomical Society (RAS), this is the only film by Maskelyne that has survived, which makes it even more precious.

But this wasn’t Maskelyne’s first attempt to film the eclipse. Before it, in 1898, he traveled to India to photograph another eclipse. He reportedly succeeded, but the film can was unfortunately stolen on his way back home.

The film fragment from 1900 has been held in RAS’s archive. It has recently been scanned and restored in 4K by conservation experts at the BFI National Archive. In the painstaking process, the experts have reassembled and retimed the film frame by frame.

Thanks to the BFI National Archive, you can now watch the first known footage of the total solar eclipse in 4K. Although, note that this video is limited only to the UK. For us from other parts of the world, there’s a 720p version available on YouTube and you can see it above.

Nowadays, all of us can shoot a solar eclipse with DSLR, mirrorless or even Gameboy cameras. NASA has shared an impressive collection of solar eclipse photos, showing the phenomenon from the Earth and from space. But honestly, I find it equally impressive to see a video of the eclipse from 1900. And if you do too, I believe you’ll also appreciate the first ever photo of a solar eclipse, taken in 1851.

[Royal Astronomical Society via The Verge]

This is the first ever photo of a total solar eclipse