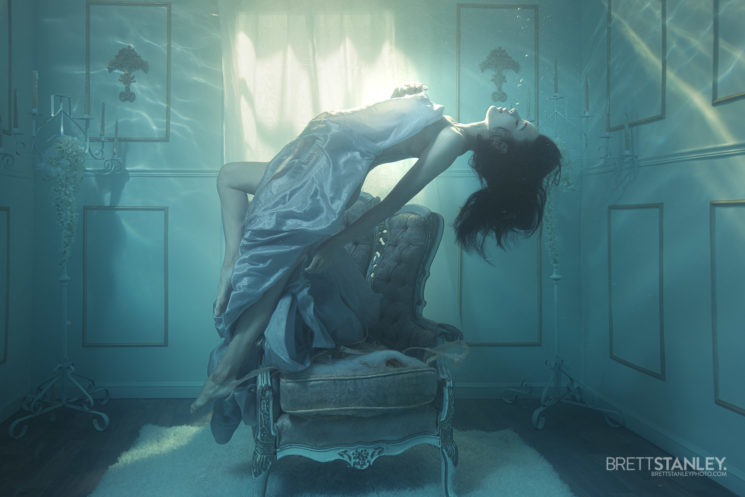 Shooting underwater comes with its challenges, but it can result in some stunning images. The same goes for building your own complex sets from scratch. But what happens when you bring the two together? Photographer Brett Stanley decided to give it a shot.

Brett built entire rooms in his home studio and placed them underwater, which resulted in some pretty epic photos. Brett kindly shared them with DIYP, along with some BTS shots, and he told us what it takes to build an entire room underwater.

Since Brett is primarily a traveling underwater photographer, he didn’t have a proper studio where he could experiment. He was brimful with ideas, though, and finally started working on this project when one of his clients needed an album cover. Musician Weyes Blood wanted to be photographed in an ‘80s bedroom underwater, so Brett got to work. It took five days to build the room, fill it with props and take photos. But he didn’t stop there – the obsession with underwater sets had just begun! 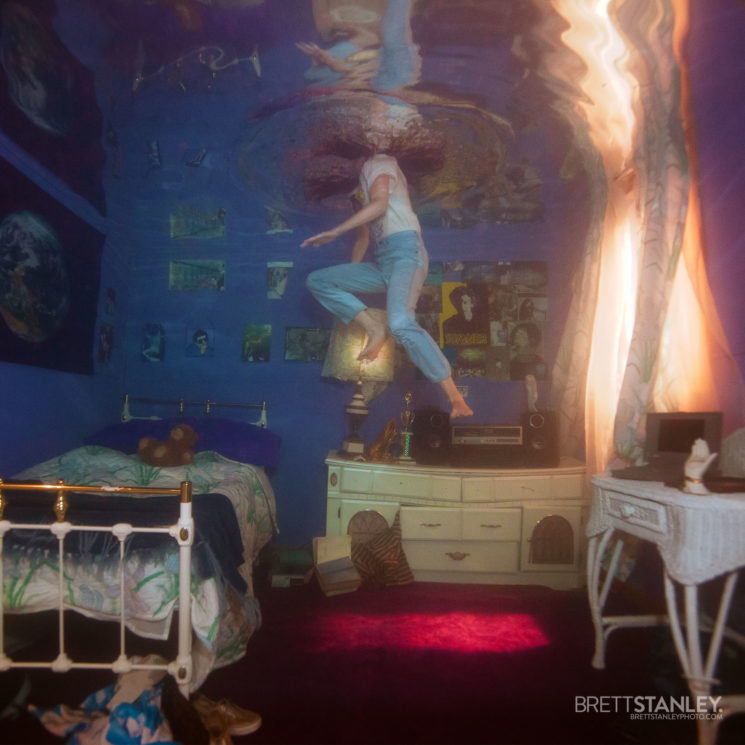 Brett has made a few more rooms after the one for Weyes Blood’s album cover. They are all built at his home in Long Beach, California, so he could experiment with all the ideas that he’d previously come up with. For example, he made a “Beetlejuice” room for Halloween. His latest and most popular room so far is the “White Baroque” room. Brett writes that it’s sometimes difficult to convince people that the trippy effects were all made in-camera, and not with the help of digital manipulation. Yes, the entire rooms, along with the models, are photographed underwater.

I asked Brett how long it usually takes to build an underwater room, and he told me that it can take anywhere from a couple of days to a week. It depends on how complex the room is, but also how easily he can find the props. 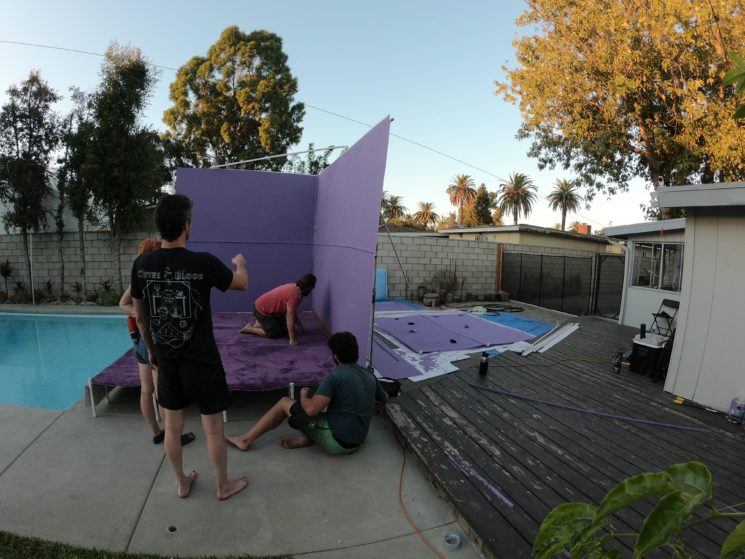 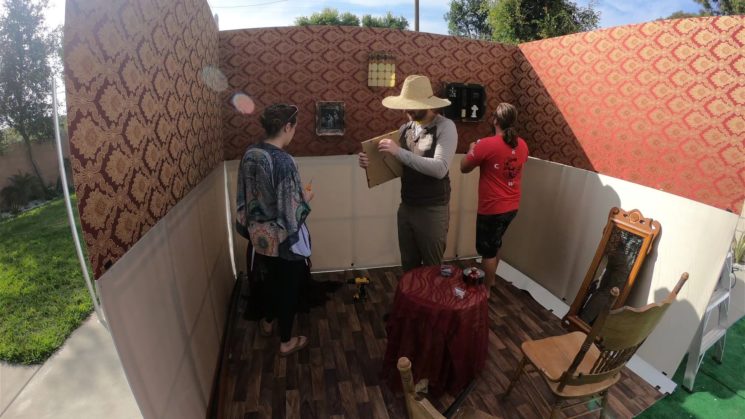 As I mentioned, this type of photography doesn’t come without its challenges. But what are the biggest ones? Well, Brett told me that one of the most difficult things is finding materials, furniture, and props that will last in the water for extended amounts of time. Another challenge is weighing them down so they look natural. I haven’t even thought about this, but indeed, imagine how many of these props would just float around. “It’s all about finding props that have places to hide weights inside,” Brett explains.

But the challenges don’t end here. It can also be difficult to make the structure strong enough to withstand the pressures of the water currents that are created in the pool, (from people swimming around, for example). Brett told me that he had walls that started to break apart from the water movement, so that’s another thing to keep in mind when building these sets.

When he’s overcome all the challenges, built the sets and submerged them in water, everything else seems like pure fun. Here are a few BTS shots and the video Brett shared with DIYP: 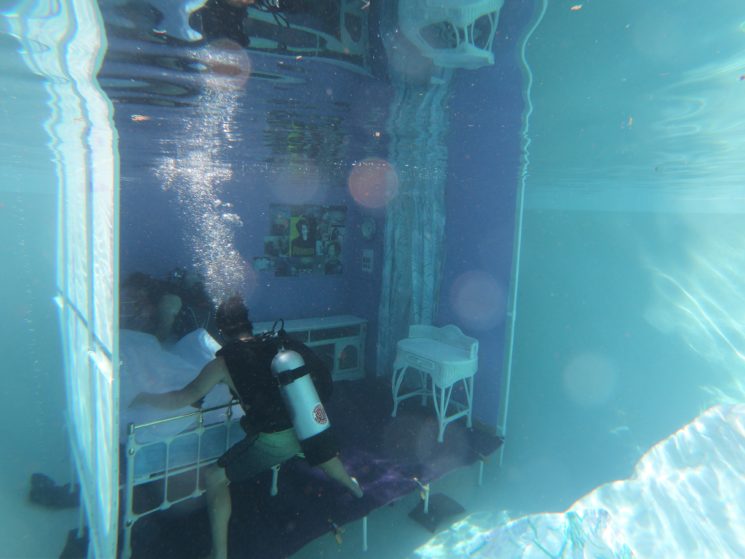 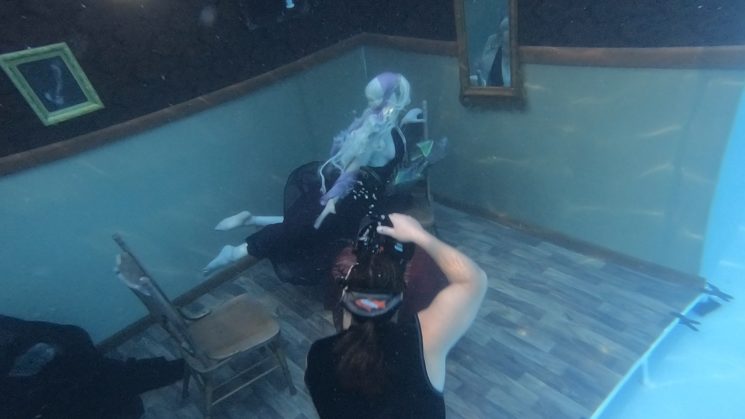 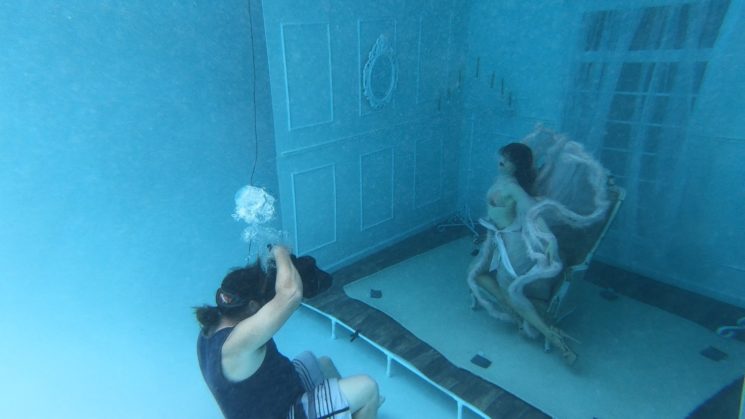 Judging from the photos, it was totally worth the effort. The results look almost surreal and I personally just love the concept. You can check out some photos below, and don’t forget to follow Brett on Facebook, Instagram, and his websites here and here. 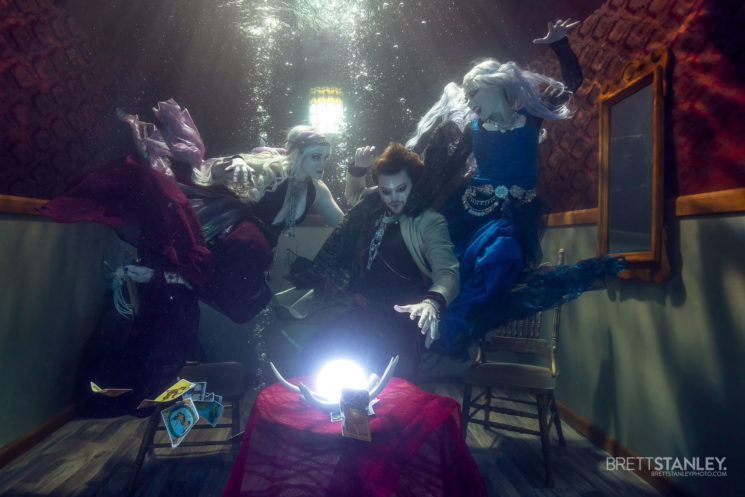 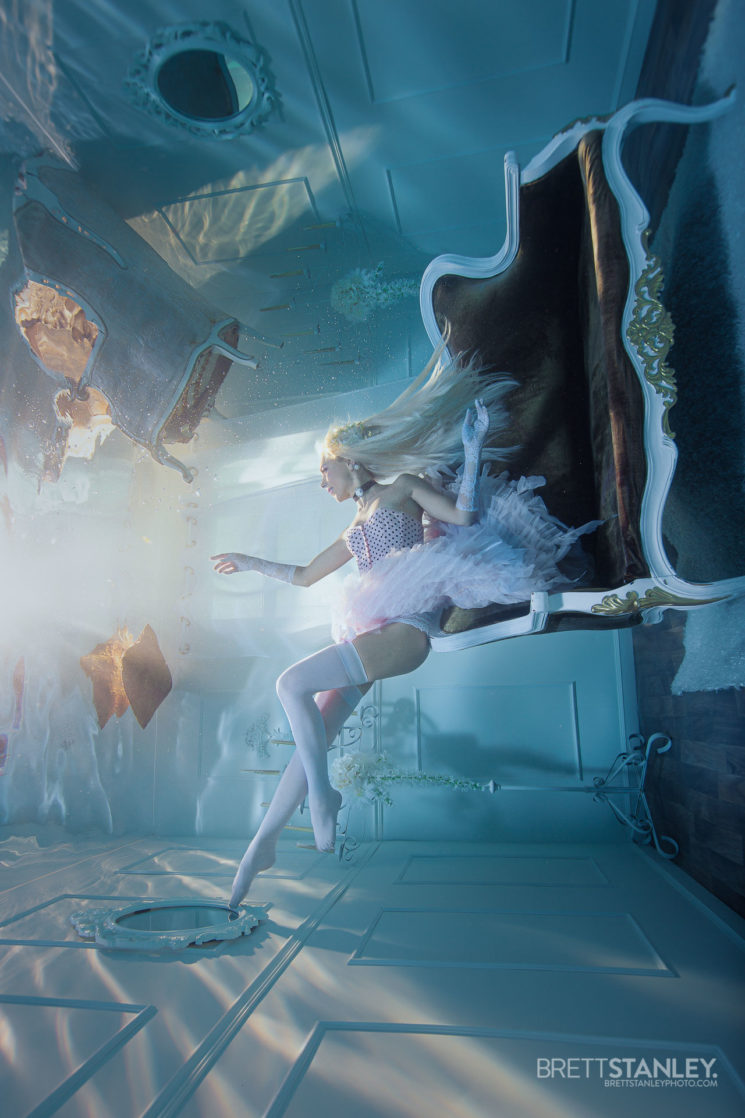