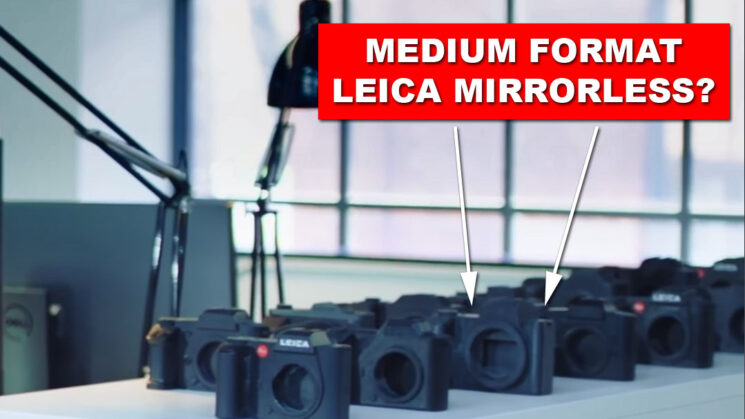 Camera companies get leaked and outed all the time. Usually, it’s about new releases, with specs and images coming a few days before an official announcement. Usually, it’s random employees that either screw up genuinely by accident or they “accidentally” (allegedly) pass information along to somebody they know will shout it from the rooftops. Sometimes, it’s retailers jumping the gun a little too early.

But it’s funniest when the manufacturers do it themselves. And it happens more often than you think. GoPro’s done it, so has Nikon and also Fuji (twice). This time, it appears it might be Leica in their Leica M11 keynote video released in January which seems to feature a couple of potential clues that they’re at least prototyping a medium format camera with plans to release one, even if it’s not ready just yet.

Despite the video being released in January, it looks like the big clue to the fact that a medium format mirrorless body might be in development was only just spotted recently. Another clue was spotted when the video was released back in January which showed a roadmap of camera bodies and a placeholder for a new camera potentially coming in the Leica S series – which is Leica’s medium format system. 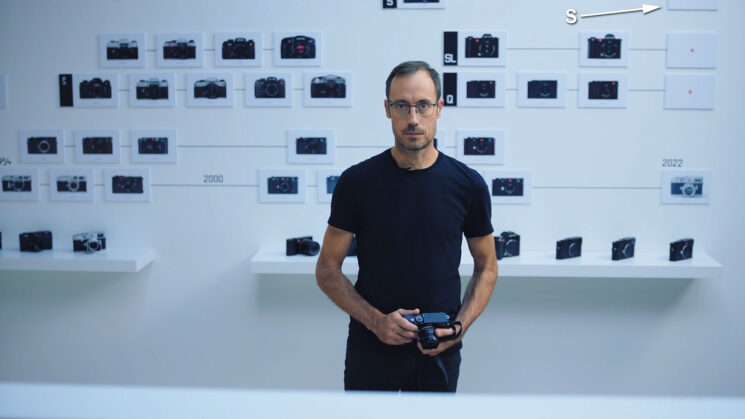 The Leica S3 is a $20,000 medium format DSLR that was originally revealed in 2018 at Photokina with a release date set for spring 2019. Its launch was delayed until March 2020. That’s 12 years after its predecessor, the Leica S2, which was announced in 2008 (released in 2009). It’s doubtful that we’ll see a Leica S4 very soon, although a second shot in the video (the bit that was noticed recently) shows what appears to be a medium format Leica body prototype sitting on a counter amongst other regular mount-sized Leica prototypes. 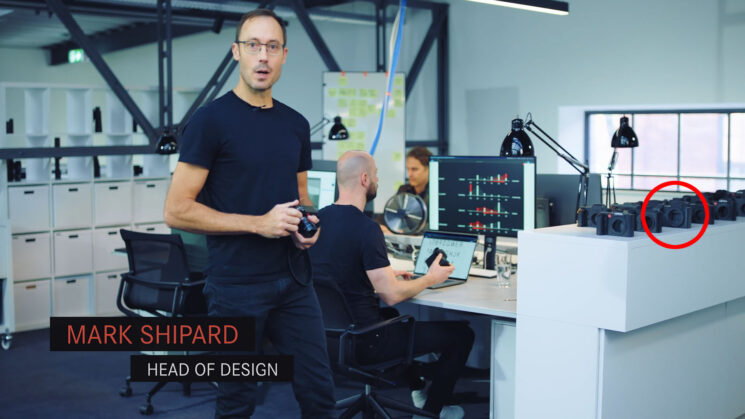 While it might not look that obvious that it’s different from the others sitting on the desk next to it on the small embedded image above, when you view it on a large screen, it becomes quite obvious. Here, have a closer look… 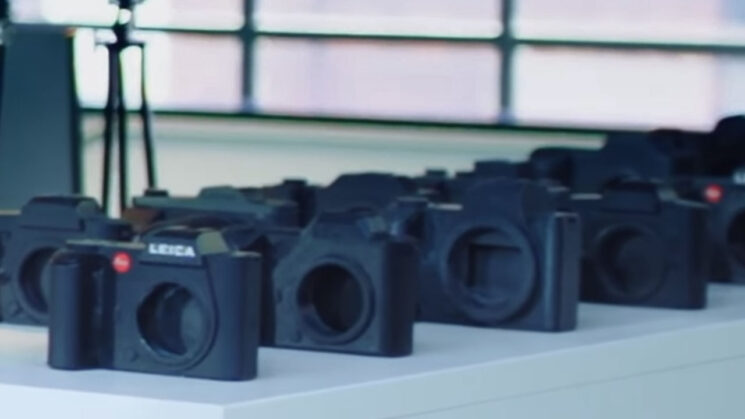 Still, just because a Leica S body appears to have shown up both in the future roadmap and on the counter amongst other prototypes doesn’t necessarily mean that a hypothetical Leica S4 would be coming any time soon. But it does appear to show that Leica is indeed working on a mirrorless medium format camera and plans to release one at some point. If we go by the duration between Leica S2 and S3 releases… Well, that’s 11 years. Hopefully, we won’t have to wait until 2032 for the Leica mirrorless medium format camera to come!

« Slow Mo Guys team up with Steve Giralt to film super fast robots in super slow motion
Samsung has announced its UFS 4.0 storage with up to 2,800MB/sec writes and 4,200MB/sec reads »