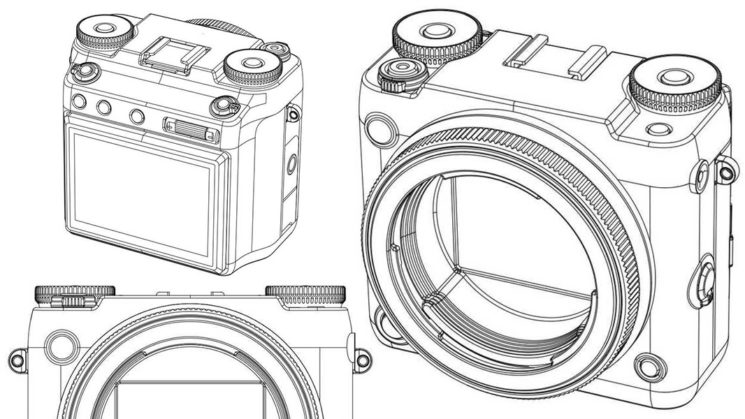 Fujifilm showed off a concept prototype for what appears to be called the “GFX-X Omega” back in February during Gulf Photo Plus 2019. Now, it looks like Fujifilm has registered designs for the camera, although reports say that the camera is currently on hold. 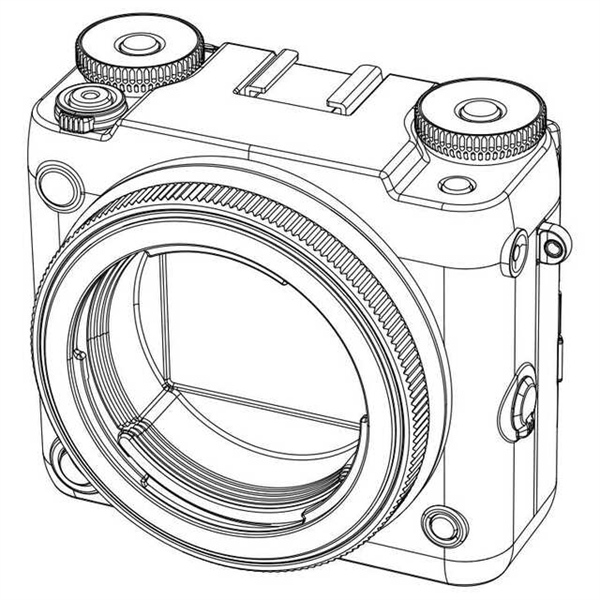 The reason for the delay in announcing the camera is apparently down to the fact that the camera is too small to fit a mechanical shutter. So, Fuji is holding off until a suitable global shutter sensor is available. It makes a lot of sense and would mark a nice milestone in camera development if they were able to get their hands on a good global shutter medium format sensor. Hopefully, it’ll mean that they’ll become common in APS-C/Super35mm and full-frame formats at some point soon, too. 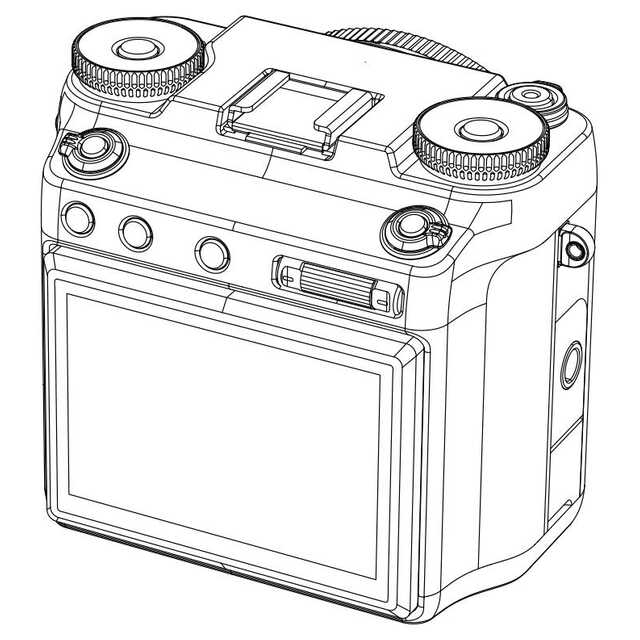 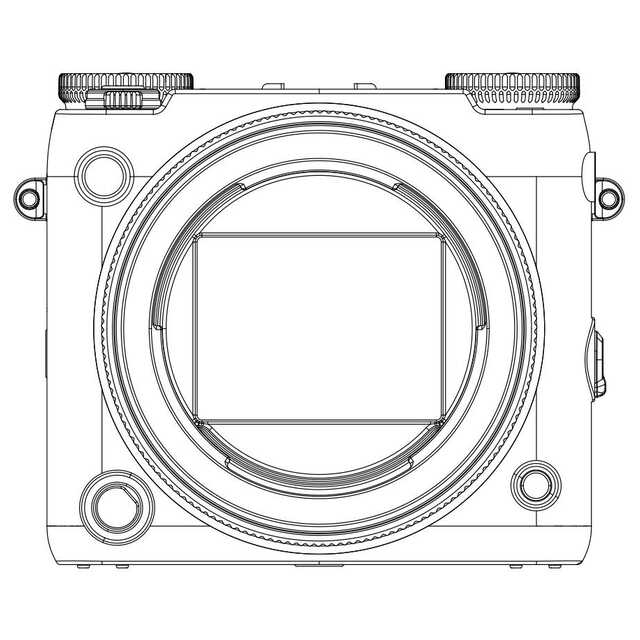 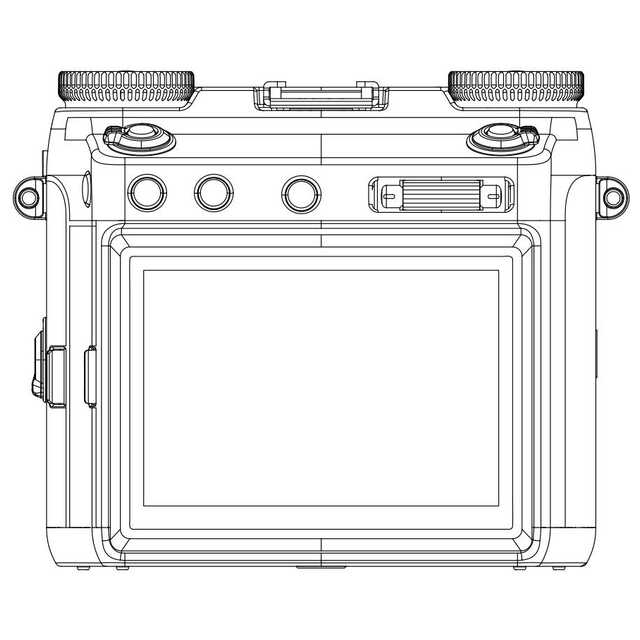 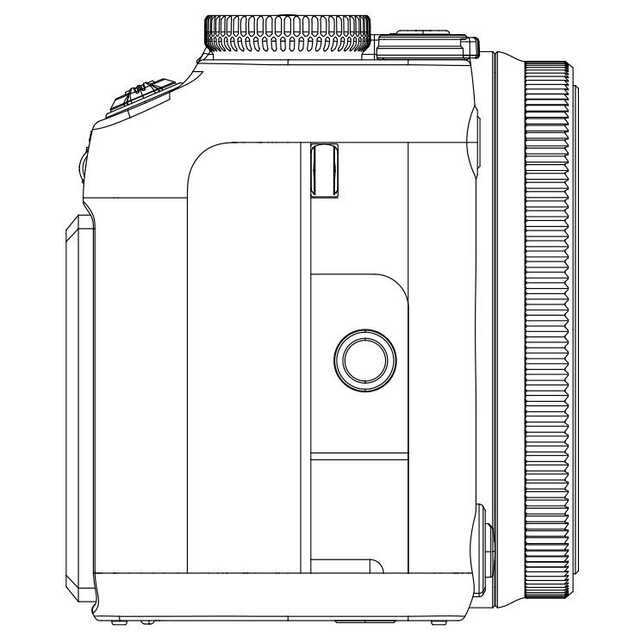 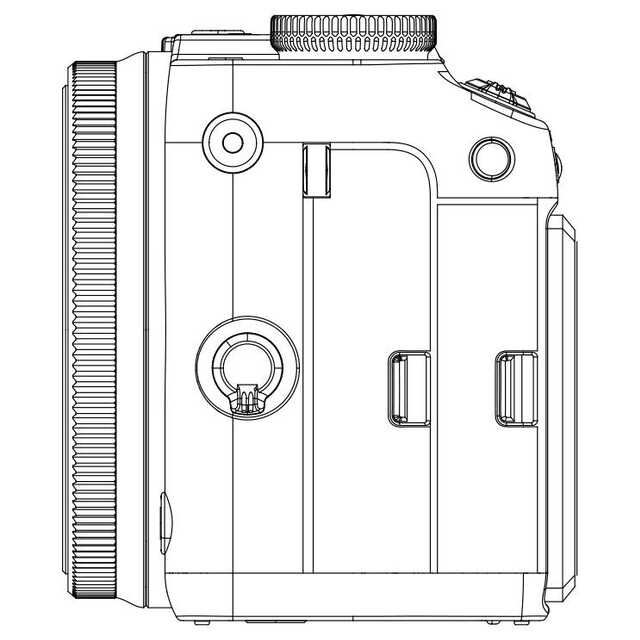 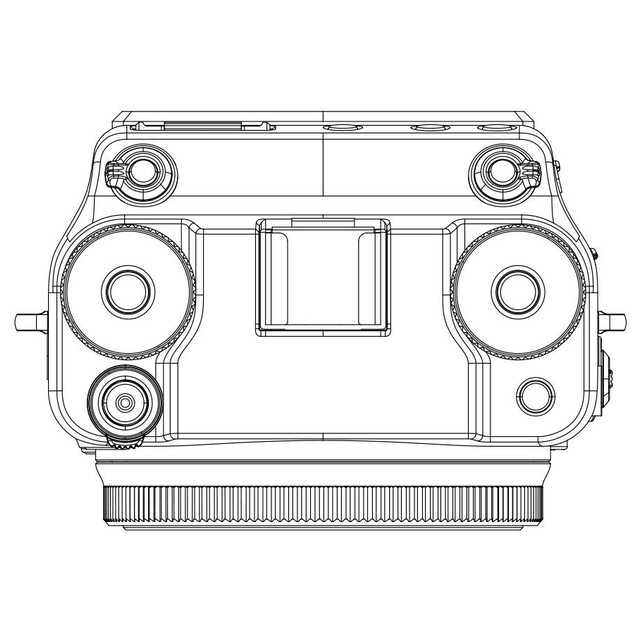 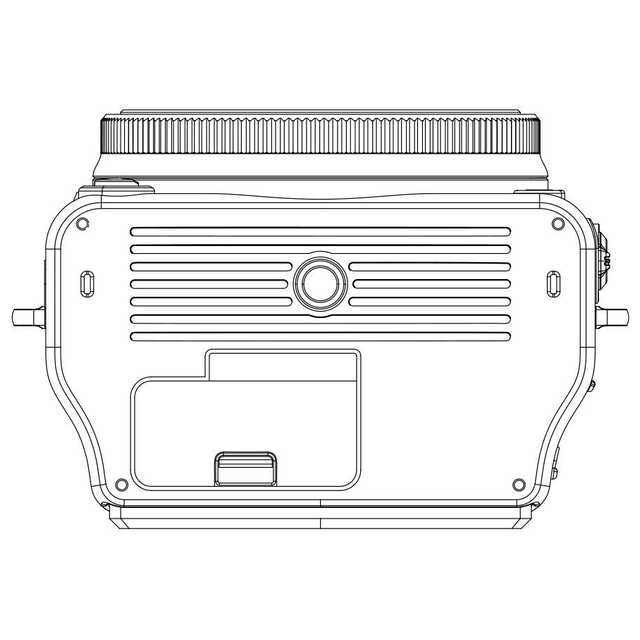 The designs seem to match up with the prototype photos shown in February pretty closely. There don’t appear to be many changes from the angles we saw in those photos. But we do get a good look at the back of the camera now, with an LCD that appears to fill much of it. It doesn’t look like it articulates at all, from the schematic above, but I wouldn’t rule the idea out entirely. There looks to be some kind of lip around the entire LCD, so there is a chance that it’s not fixed.

As to when it will be officially announced or released is anybody’s guess at this point. Right now, that’s probably going to be up to Sony.

« Flickr now offers 6K display resolution for its Pro users
Barbie is now a photojournalist, and she works for National Geographic »