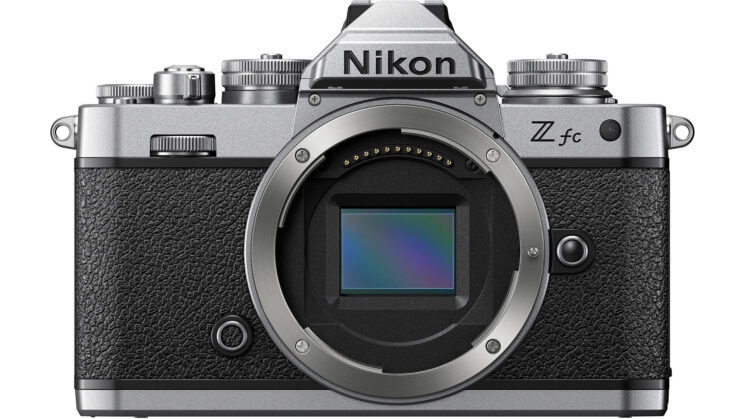 Well, the rumour mill seems to have been a little off. It wasn’t Canon that was announcing a new camera today, but Nikon. Nikon has now officially announced their latest addition to their Z mirrorless lineup, the retro FM-inspired Nikon Z fc. It features a 20.9-megapixel APS-C sized sensor paired with an EXPEED 6 processor for fast performance and 4K UHD video.

It also seems that Nikon might’ve actually finally figured out how to make a decent vlogging camera. Well, almost. It offers full-time eye-detection autofocus, a flippy out LCD, a built-in stereo microphone, a 3.5mm socket for an external microphone and built-in live streaming although it doesn’t feature any IBIS, which may be a dealbreaker for some vloggers.

While the Nikon Z fc sports a flashy new exterior, when you look at the specs, it essentially appears to be a Nikon Z50 in a new housing – but with a much more useful, albeit slightly smaller flippy out LCD. And when you look at them side-by-side, they are fairly close. The LCD’s a tad smaller and the AF sensitivity goes half a stop lower, but other than that… Yup, pretty much.

The Nikon Z fc shoots 4K UHD video internally to an SD card, although there’s been no word yet on its video output capabilities to an external recorder. I wouldn’t get your hopes up too high, though. The Nikon Z50 offers 8-Bit 4:2:2, so I wouldn’t expect more with the Z fc. 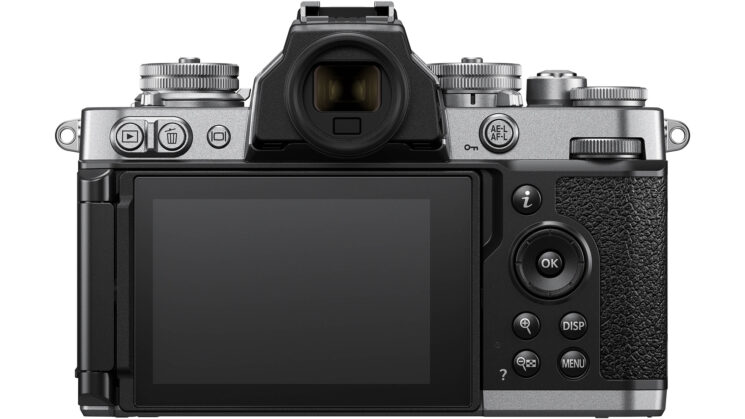 Aside from the overall aesthetic, the big selling point for the Z fc over the Z50 is that flippy out LCD. It’s a first for Nikon Z mirrorless and we’ve also only seen it in Nikons before with the D5x00 range of DSLRs – it’s what made them great for vlogging (along with the 3.5mm microphone socket). I used a D5300 to vlog myself for several years and like the Z fc, the D5300 has no IBIS.

The Nikon F mount had that little, lightweight 18-55mm kit lens with VR allowing you to get some fairly stable handheld footage. The Nikon Z mount lineup has the even tinier 16-50mm with a slightly wider angle of view. The 16-50mm also has VR and there’s even a kit available containing that retro-styled version of lens with the Z fc body. And it’s only $100 more than the Z50 with the 16-50mm kit. 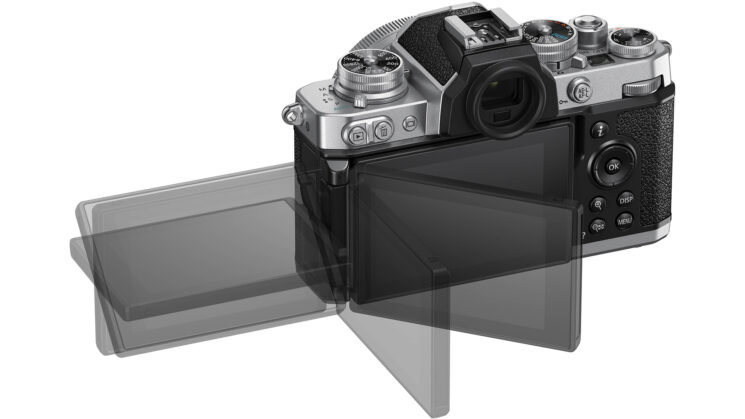 Is it worth the extra $100 over the Z50 for that retro styling and the flippy out LCD? Personally, I’m inclined to say… Well, yeah, absolutely it is! For me, it’s the first Nikon Z mirrorless camera that’s actually convinced me to maybe consider replacing some of my DSLRs. Even though I wouldn’t intend to use it as a vlogging camera (Panasonic already lured me in while I was waiting for Nikon to get their act together), it looks like it’ll be a great walkabout camera and a flippy out LCD is useful for far more than just vlogging.

Hopefully, they’ll start adding that filppy out LCD to some of their full-frame bodies now, too, even if they don’t give them the same retro styling.