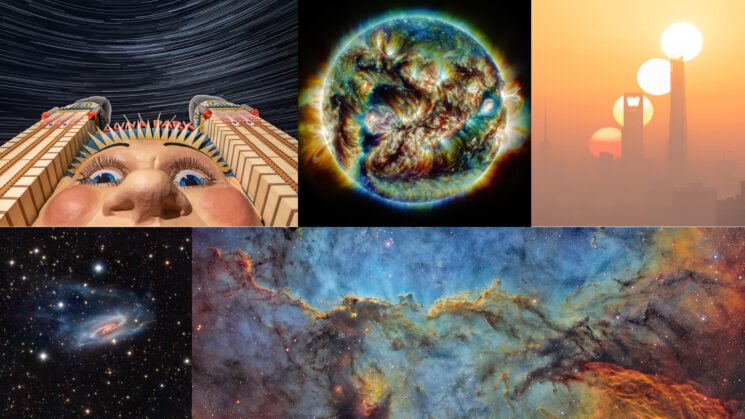 If you love astrophotography, here’s a real treat. Royal Observatory Greenwich has just announced the magnificent shortlisted images of its 2021 Astronomy Photographer of the Year contest. The photos were taken all over the globe, and even beyond: there’s even a photo of the sunset on Mars. So without further ado, let’s dive in and enjoy this gorgeous selection of images.

Royal Observatory Greenwich organizes the contest in association with  BBC Sky at Night Magazine, and it’s now in its 13th year. This year’s contest received over 4,500 entries from enthusiastic amateurs and professional photographers, taken from 75 countries across the globe.

The contest features nine categories, as well as two special prizes. The winners will be announced on Thursday, 16 September and the ceremony will take place online. For anyone interested in attending, it will also be streamed live on Facebook and YouTube.

The winning and shortlisted images will be displayed in an exhibition at the National Maritime Museum from Saturday 18 September, and they will be published in the competition’s official book, which will be available in September.

Take a look at the remaining shortlisted photos below and visit the contest’s website for more information. I don’t know about you, but I can’t wait for September to see who the winners will be. Do you have your favorites already?

The Tumult of the Sun © Hassan Hatami

The Milky Way on the Ancient Village © Zhang Xiao

The Magnetic Field of our Active Sun © Andrew McCarthy

The Eyes of Clavius © Thea Hutchinson

Saturn at its Best © Damian Peach