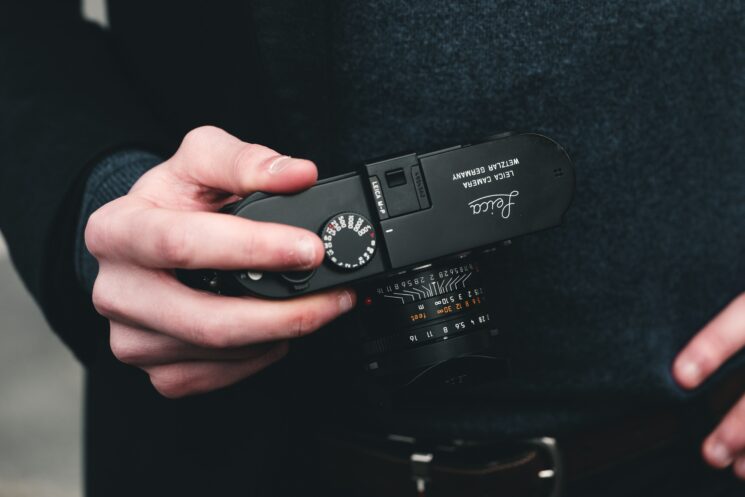 Leica is something like Ferrari in the world of cameras. And just like the famous Italian supercar – not everyone can afford one. So, how do photographers justify the extra buck they paid for it? And why do they love their Leicas so much? In this parody video, Samuel Lintaro Hopf and his friends sum up all the sh*t things Leica photographers say, so let’s see if you’re familiar with any of them.

Many iconic photos of the 20th century were made with a Leica camera and many famous photographers and photojournalists used it. There’s no doubt that Leica has made excellent cameras and lenses throughout its whole history. However, over the years, they’ve become more of a status symbol than a tool. I mean,  just remember the $24,000 Leica designed in collaboration with Lenny Kravitz.

Because of all this, there have been some prejudices about Leica photographers who are often perceived as snobbish. On the other hand, Leica owners try to justify their choice of gear, and their reasons sometimes do sound a little ridiculous. Samuel mentions some of them in the video, but of course, he goes way overboard to make it humorous.

“I could never go back to anything else than Leica. I’m allergic to plastic,” says a Leica owner and sips his lemonade from a jar through a plastic straw. Another Leica owner tapes the red dot to hide it (yup, people actually do this). And yet another says that Leica is like a Stradivarius violin, and this was also based on an actual statement. A Leica owner also says that his camera is a little pricey, “but so are the moments he captures,” and then rushes off to capture a silhouette.

There are plenty more hilarious statements in the video. Of course, it was made in good faith and not meant to offend or trigger anyone, although it probably will. I personally don’t know anyone who shoots Leica because none of my friends can afford it. But of course, I don’t think Leica owners are snobs or anything like it. Still, I have heard and read some of the expressions from the video, which is why I found it very amusing. Do any of these things sound familiar to you, too?

« This mesmerising aerial timelapse shows the movement of a herd of over 1,000 sheep
Is Nikon’s newly announced retro-inspired Z fc their best vlogging camera so far? »