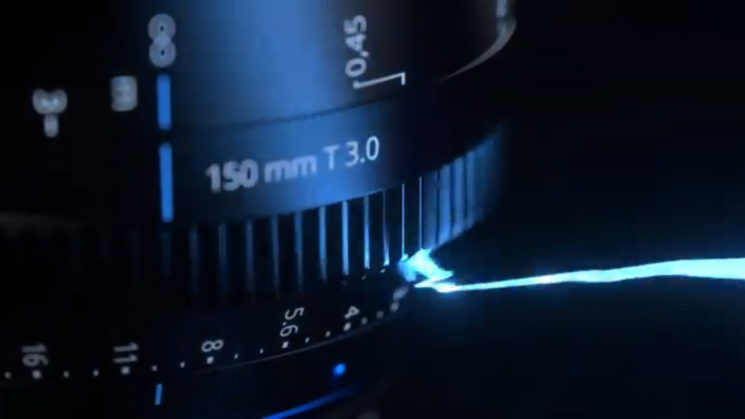 It looks like Swiss lens manufacturer, Irix is getting into the world of cinema lenses. A new teaser posted to the Irix Facebook page shows a 150mm T3.0 lens in a cinema housing. Obviously, this is just a rehoused version of the Irix 150mm f/2.8 Macro, but with the features we expect from cinema lenses. Features like a clickless aperture and a very long focus throw with a geared ring for follow focus units.

There’s no word on exactly when we’ll start to see Irix releasing cinema lenses in the real world, and there have been no hints of the 15mm f/2.4 or 11mm f/4 lenses being converted – although a lot of people seem to be asking for them in the comments on their post. But having tried some of the Irix lenses, they should be rather good and very competitively priced.

While this is cool n’ all, I’m still waiting for Irix to release the 45mm f/1.4 that they showed us at Photokina 2016. The standard that Irix set with their two ultra-wide-angle lenses held a lot of promise, and the only thing we’ve seen since those is the 150mm f/2.8 macro.

It would make more sense for Irix to better satisfy a single core audience than to split their range up into two markets with only 3 lenses each. Perhaps this news means that there are more lenses on the horizon for both photographers and filmmakers and we’ll start seeing a flurry of announcements soon. I won’t be getting my hopes up, but it’s a nice thought.

A new link has appeared on the Irix website to a “Cine Lenses” page, although at the moment it comes up Error 404.

« The LAOWA 100 mm F2.8 2:1 macro is so strong, it could compete with a microscope
A complete guide to sunset beach silhouette photography »