What if you had a lens so strong, it could compete with a microscope?

The Laowa 100 mil F2.8 CA-Dreamer is a 2 to 1 macro lens which is quite an interesting option. It is a manual lens, with a portrait-friendly 100 millimeters.

It’s built kinda weird, with the front element moving inside the lens barrel. It’s the first I’ve seen this weird lens design. More on that later. It is also a macro lens with an amazing two to one magnification ratio. That is a LOT. The “standard” Canon 100mm 2.8, which is considered a great macro lens, “only” boasts a one to one ratio, so the Laowa provides twice as much magnification. But how close is 2:1?

Here are some shots showing how close 2:1 really is. 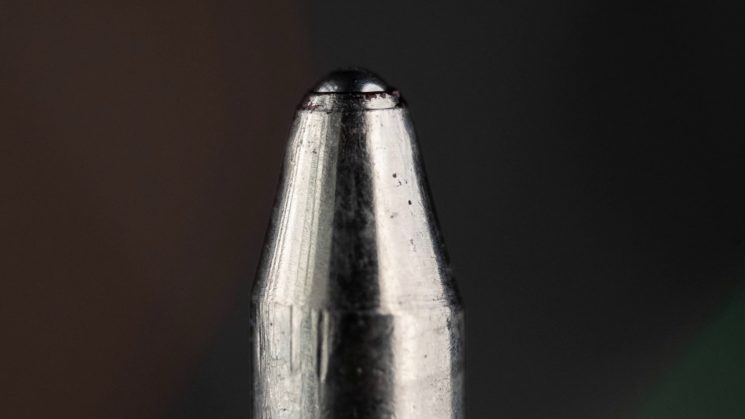 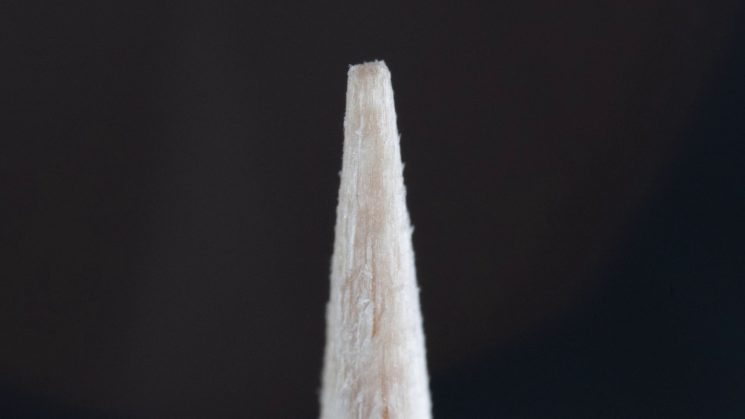 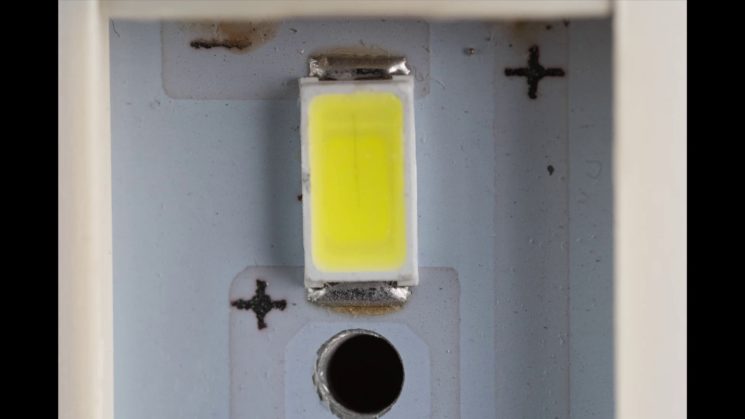 We also took a photo of my eye with both lenses. The details are simply crazy. Here is the  one from the LAOWA lens: 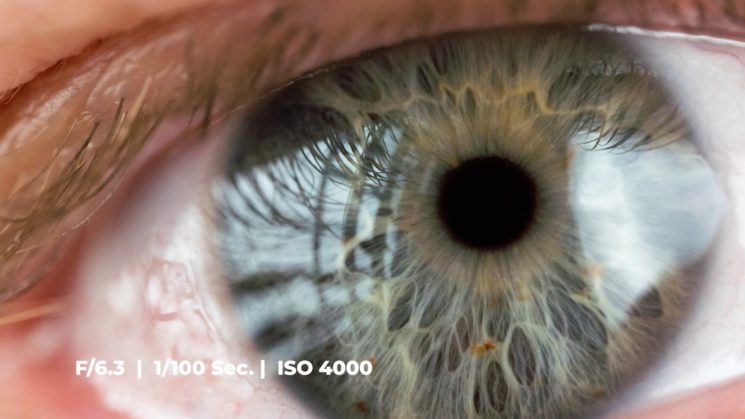 And here is the LAOWA and Canon side by side 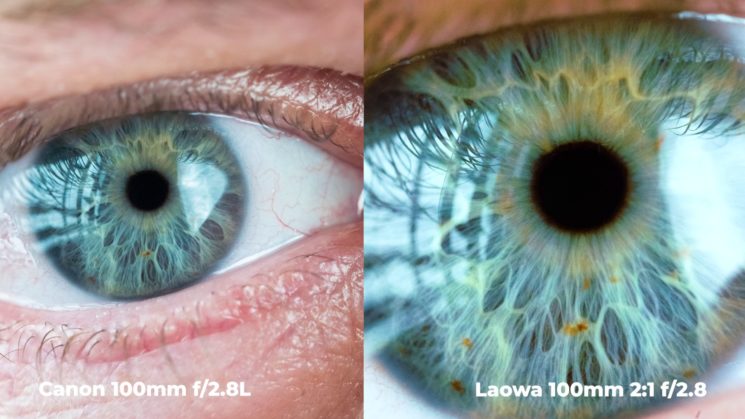 Of course, with a two to one magnification, you have to be very close to your subject, which means a very shallow depth of field. This was shot at F 6.3, one-hundredth of a second, at ISO 4000. I had to fix both my head and the camera to nail focus on this. Every mm in any direction throws the focus off at this magnification.

This lens is not just a great macro lens though, we also took it outside for a quick portrait spin. I love it! It is crisp, with great micro contrast, and got a creamy, super unique bokeh, with great colors.  The LAOWA is manual so Just make sure you’re willing to work a little harder to nail your shot. 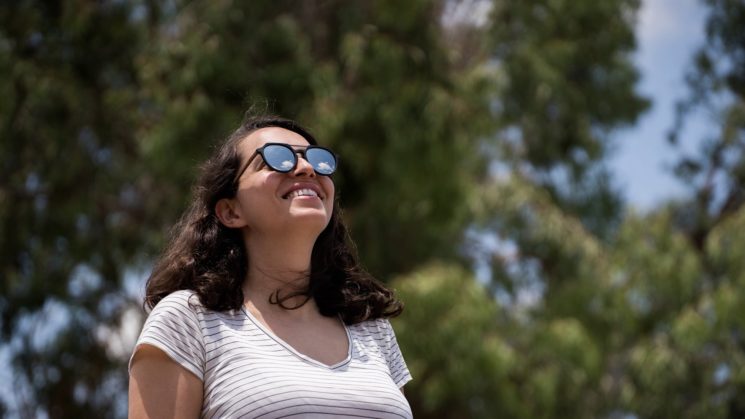 It is also incredibly sharp. We shot these portraits at f/3.5.

Remember that weird construction thingy I talked about earlier? The front element of the lens is practically exposed, and at least on our review copy, we had a LAOWA UV filter to protect it. You can actually see the lens moving through the entire barrel of the lens.

Now, this design has two side effects

The cool one: this lens is flare free. The lens barrel acts a huge lens hood, in addition to the included lens hood. And the internal coating is amazing, there are no flares what so ever, even if you shine a light directly into the lens. 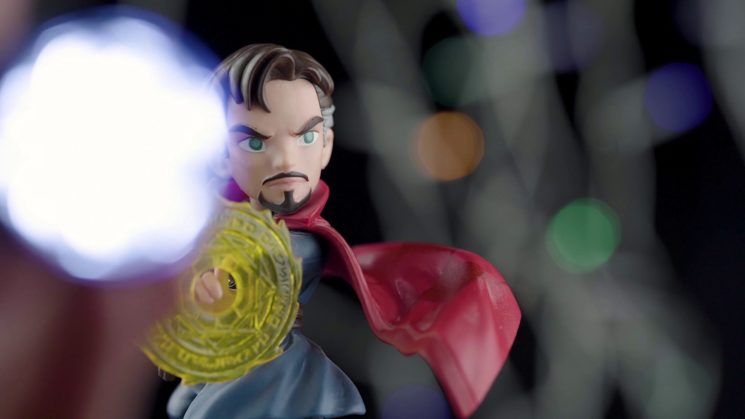 The other effect… I would call, extreme focus breathing. Because the front element physically moves throughout the lens, That means that the lens is getting closer or further away from the subject. As it does, the framing changes. This can lead into a weird focus-frame-focus-frame kind of a dance, it really only becomes apparent if you get close though. I did not find it super-annoying, as shooting macro work is usually work intensive, but it’s a thing to consider. 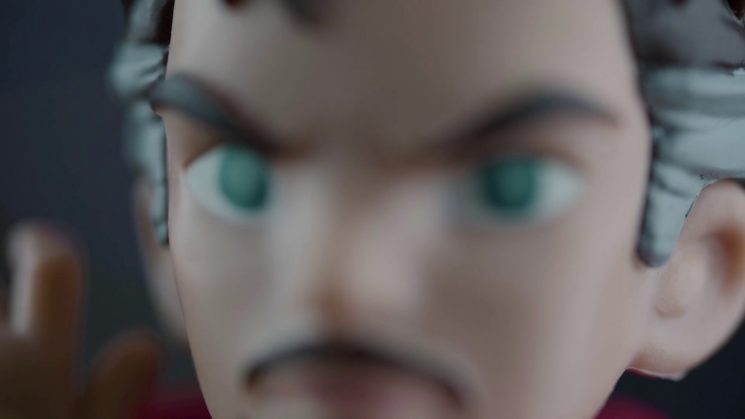 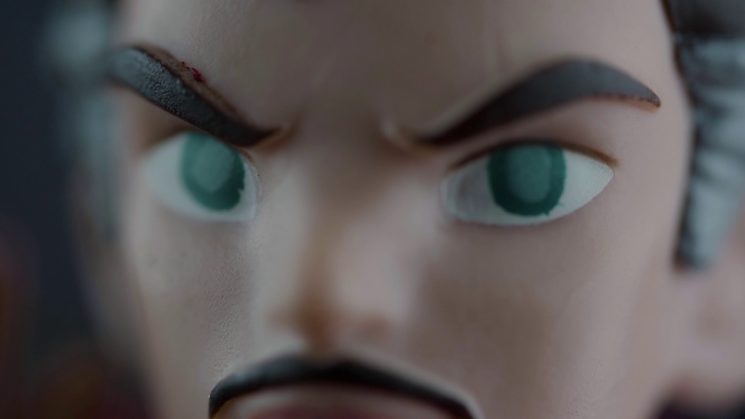 It’s worth mentioning that there is a weird light loss that I saw at the extreme magnification end. Some of the light is being lost. Look at the forehead of Dr. strange. As we get closer, the light drops by about 30%. I am not sure why this is happening, but I think that the lens projection is getting significantly bigger than the sensor. Think “reverse speed booster”.

With that being said, macro photography can be pretty demanding, and building a super high-quality lens with a performance like this is quite the achievement. For $449 you get all the benefits of a super macro lens, that doubles as a great portrait lens with its unique look and extra-crispiness. We really enjoyed the Laowa 100 mil 2.8.

How to take colorful macro photos of crystals without a microscope